Here's how we reunite the Smiths: Why Morrissey and Johnny Marr must make the Rock and Roll Hall of Fame 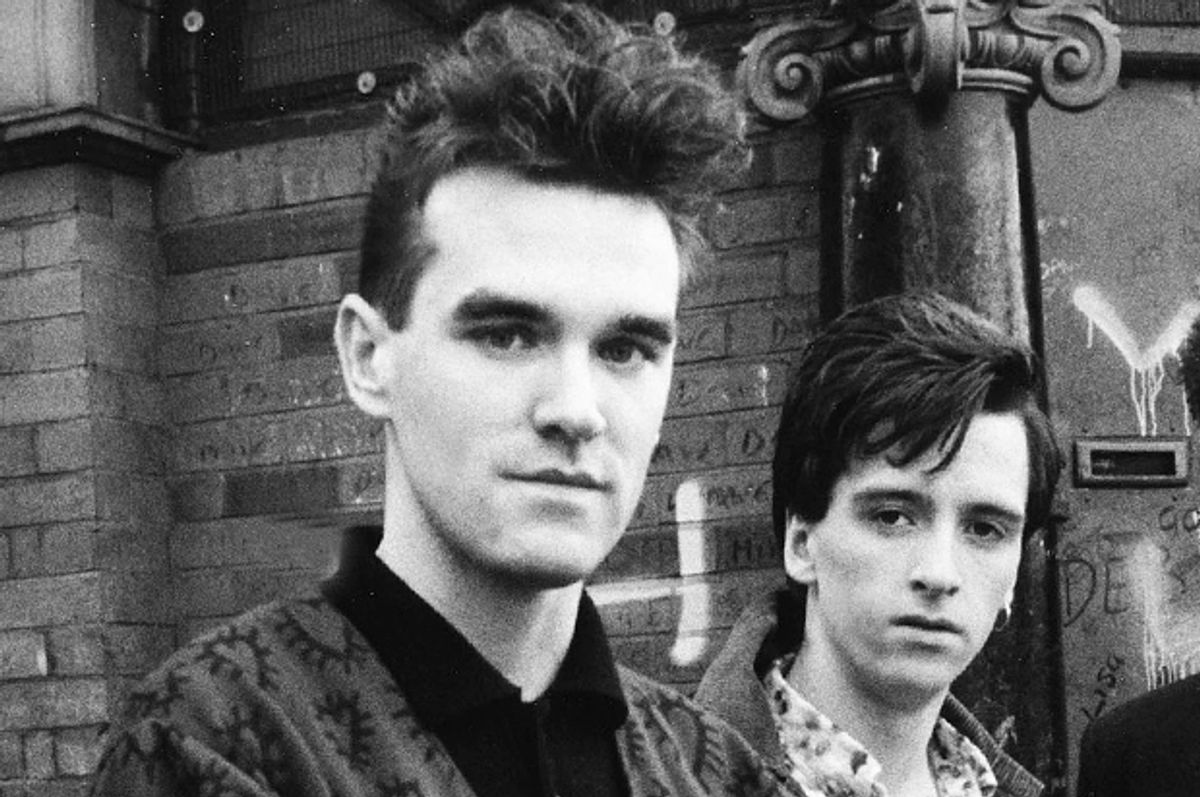 Musicians will tell you that nomination into the Rock and Roll Hall of Fame is the last thing on their mind. Fans will tell you otherwise. Not because they are especially excited about seeing their idols accessorize a tuxedo and engage in a lengthy, drunken, finale jam session with Paul Shaffer and company, but because it’s often the only chance they will have of watching said idols reform. You know, get the band back together. Or, at least, stand on the same stage without killing each other.

It’s for that reason that every devotee of rock music should hope that The Smiths, newly nominated for the 2015 Hall of Fame as part of an eclectic list that includes N.W.A., Nine Inch Nails and War, accrue the necessary votes to be inducted next spring. Ever since the British band broke up in 1987, after a hectic five years that produced four studio albums and some 70 original songs, with barely a dud amongst them, fans have asked, begged and occasionally petitioned for the group to reform. The Smiths' leaders – the relentlessly misanthropic Morrissey and the exhaustingly upbeat Johnny Marr – have consistently indicated that fans might be better off placing extravagant bets on pigs sprouting wings.

“A reformation will never take place because reformations can only work if the same spirit that made the band form in the first place still exists,” said Morrissey last year, in an uncharacteristic display of calm consideration. “If this Government stepped down, I’ll reform the band,” teased Marr the year before, referring to the UK coalition led by a right-wing prime minister whose claims to be a fan of the famously left-wing Smiths is considered disingenuous by Morrissey and Marr alike.

They are right to take such a stance – and not just about the UK government. A large part of The Smiths’ majesty is the manner by which they came, they saw, they conquered – and then broke up. Only 52 months separated their debut single “Hand In Glove” fading in with harmonicas and guitars a-blazing, and their last album petering out, Morrissey opining “I Won’t Share You” in a none-too-thinly-veiled reference to Marr’s musical moonlighting. Their reign was so brief that the band toured the States just twice, though the second go-round included its share of sold-out arenas – testament to how a Manchester group all of Irish heritage connected with an “alternative” American audience desperate for a rock band to honestly reflect the emotional roller coaster of the teenage experience.

There were, it should be noted at this point, four members of The Smiths. Morrissey might not have thought so when he insisted, back in 1983, that the rhythm section get just 20 percent of the record royalties between them – and he didn’t seem any more convinced 16 years later when he labeled them “as readily replaceable as the parts in a lawnmower.” The High Court Judge to whom he offered that opinion didn’t think too highly of Morrissey either, and given that the judge was presiding over a claim from drummer Mike Joyce for an equal, 25 percent share (no, the band never put it in writing either way), it turned out to be one of Morrissey’s more memorable but rather less profitable epigrams.

Once the judge found in favor of Joyce, denouncing Morrissey’s witness-stand manner in the process, it became as certain as a rainy day in Manchester that the four Smiths would never play together again. Indeed, in his best-selling 2013 "Autobiography," Morrissey’s choice insults about Joyce (at least one of which, “A blubbering mass of blubbering mess” indicated that great lyricists do not always make great memoirists) was matched only by the barbs he aimed at the aforementioned judge; Joyce, when asked for comment, expresses admirably persistent enthusiasm at the prospect of taking to the stage once more with the songwriting pair he last saw in court.

Marr appears disposed toward neither the litigious drummer nor the slighting singer; besides, he finally launched a solo career in 2013 and is already on to his second album ("Playland"), with no shortage of sold-out clubs and magazine covers to assure him he’s on the right track. Only bassist Andy Rourke, Marr’s former best friend, who settled the royalties claim out of court, appears to have survived without mortally offending his partners. One can safely bet that if The Smiths do make into the Hall of Fame, Rourke will be the one at the bar, passing typically acerbic asides about the whole preposterous business.

Ah, but who are we kidding? The Rock and Roll Hall of Fame is resolutely old, old school. It took the powers-that-be five years just to consider nominating The Smiths. (Acts are eligible for nomination 25 years after their debut album.) Mind, it took them considerably longer to confirm that the likes of Patti Smith (no relation, though certainly an influence) and the Stooges had contributed something of serious merit to the pantheon of popular music, finally inducting them on their seventh and fifteenth years of eligibility, respectively. Kraftwerk, one of the influential acts of the last 50 years, are still waiting in the wings, though they are at least on this year’s ballot. Depeche Mode and New Order, who along with The Smiths helped provide the soundtrack for an entire 1980s generation of American youth, have yet to be nominated. By comparison, U2, R.E.M., and The Pretenders were all inducted in their first year of eligibility. You get the picture.

And don’t be fooled by the “fans’ ballot.” For all that the great unwashed public have been invited, for the third year running, to argue online about their own choice of nominees and cast votes accordingly, their combined online tallies will count for a single ballot alongside the 700 insiders who truly decide on the inductees. One suspects that many a future Third World dictator is studying this model of Western “people power” with a view to introducing it as part of their own “democratic reforms.”

The Smiths predated the current trend for instant online voting and endless Internet debating; their brief blitz coincided with the arrival of the compact disc. As such, it could be suggested that they were the last great vinyl band – and it can certainly be claimed that they were the last great singles band. In the UK, they released 17 of those gloriously old-fashioned spinning 45s, all in instantly recognizable sleeves designed by Morrissey, and at such a pace they literally couldn’t keep up with themselves.

In one frenzied session at the peak of their creative powers, The Smiths tossed off their two most enduring American classics – “Please, Please, Please Let Me Get What I Want” and “How Soon Is Now” – as throwaway B-sides. When they woke up to the error of their haste with regard to the latter, genre-bending anthem, they resurrected it in the UK as an A-side coinciding with the release of a new album on which it didn’t appear. The American record company, being nobody’s fool, stuck “How Soon Is Now?” on the album anyway. That album, incidentally, was called "Meat Is Murder," probably the only major label release in history to actively campaign for vegetarianism.

But then The Smiths were that kind of all-too-rare group: equal parts carefree and considered about their art, always charismatic with it, and barely attuned to the commercial considerations by which they could profit from their popularity. As such, if any group among the new nominees this year truly embodies the true spirit of rock and roll, it’s the Smiths. But if the public expects to see them together again, they may just want to settle for the prospect of their acceptance speeches. That, surely, would be excitement enough.