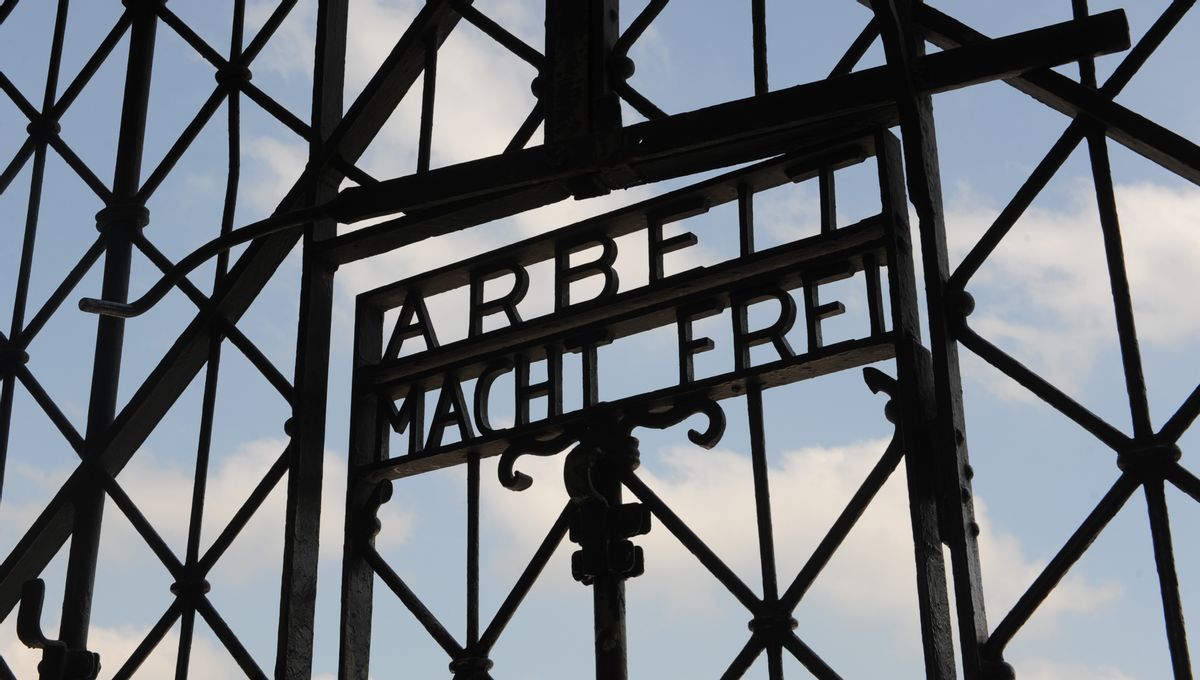 Security officials noticed early Sunday morning that the gate section measuring 190 by 95 centimeters (75 by 37 inches) was missing, police said in a statement. Whoever stole it during the night would have had to climb over another gate to reach it, they added.

Police said they found nothing in the immediate vicinity of the camp and appealed for anyone who noticed any suspicious people or vehicles to come forward.

Dachau, near Munich, was the first concentration camp set up by the Nazis in 1933. More than 200,000 people from across Europe were held there and over 40,000 prisoners died before it was liberated by U.S. forces on April 29, 1945. The camp is now a memorial.

Memorial director Gabriele Hammermann condemned the theft of the gate, which she described as "the central symbol for the prisoners' ordeal," news agency dpa reported.

She said a private security service supervises the site but officials had decided against surveillance of the former camp with video cameras because they didn't want to turn it into a "maximum-security unit." That decision may now have to be reviewed, she added.