CNN invited Weather Channel co-founder John Coleman on air to share his conspiracy theories. It was a disaster 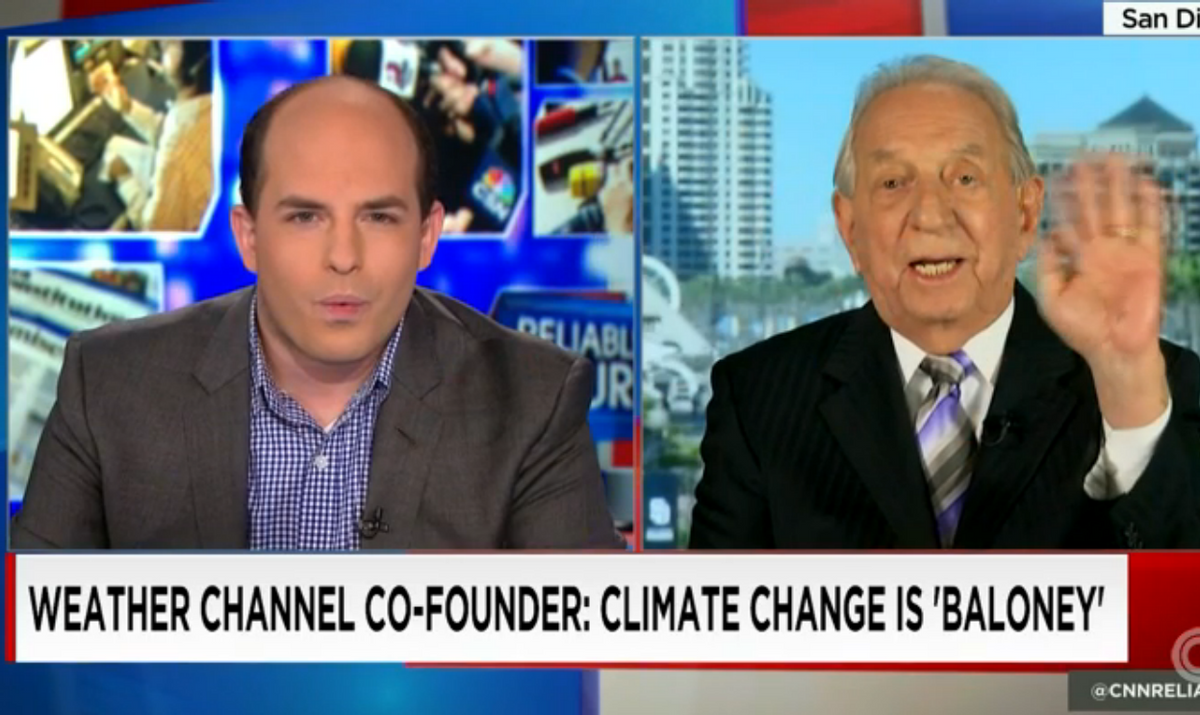 "Hello, everybody, there is no global warming."

That, my friends, is the glee of an anti-science conspiracy theorist given airtime on a reputable cable news show to spew his "opinions" about climate change (i.e., that it's a hoax) as if he were representing a legitimate side of a debate (he's not).

John Coleman, a man who helped found the Weather Channel but who no longer has any affiliation with the network (or, for that matter, with either meteorology or climate change), has been on a tear ever since Fox News host Megyn Kelly invited him onto her show to spread climate denier myths. It got so bad that the Weather Channel saw fit to publish its official stance on climate change -- that it's happening, and that it's primarily driven by human activity -- in apparent response.

Sunday, CNN gave Coleman yet another platform from which to spout his nonsense, inviting him onto "Reliable Sources" (irony noted). While he doesn't think there are two equal sides to climate science, host Brian Stelter explained, Coleman's association with the Weather Channel made him "unique." (David Kenny, the current CEO of the Weather Company, begged to differ: "We're grateful that he got us started 32 years ago. But he hasn't been with us in 31 years," he said. "So he's not really speaking for the Weather Channel in any way today," he said.)

In the course of under five minutes of airtime, Coleman managed to say a lot of very, very wrong things. "I resent you calling me a denier. That is a word meant to put me down," he began, before going on to, well ... this: "Climate change is not happening. There is no significant man-made global warming now, there hasn’t been any in the past, and there’s no reason to expect any in the future."

It didn't get much better from there: the Guardian's Dana Nuccitelli has a complete take-down of each of Coleman's points, starting with his claim that he's a scientist. But from the look on Coleman's face as he wrapped up the segment, and from his own account of what went down, he clearly believed he had won. As he told Stelter, he knew he wasn't going to be taken seriously by CNN, but what mattered to him is that he got the chance to share his position with its viewers. So, in a way, he did win.

To Stelter's credit, he gave the final word to Kenny, who said it worries him "whenever the discussion of climate change veers from the science." Of course, Kenny isn't a climate scientist, either. Reliable Sources has yet to invite one of those onto the show.

You can watch the entire debacle below: