Benedict Cumberbatch: Sherlock knows how to please a woman 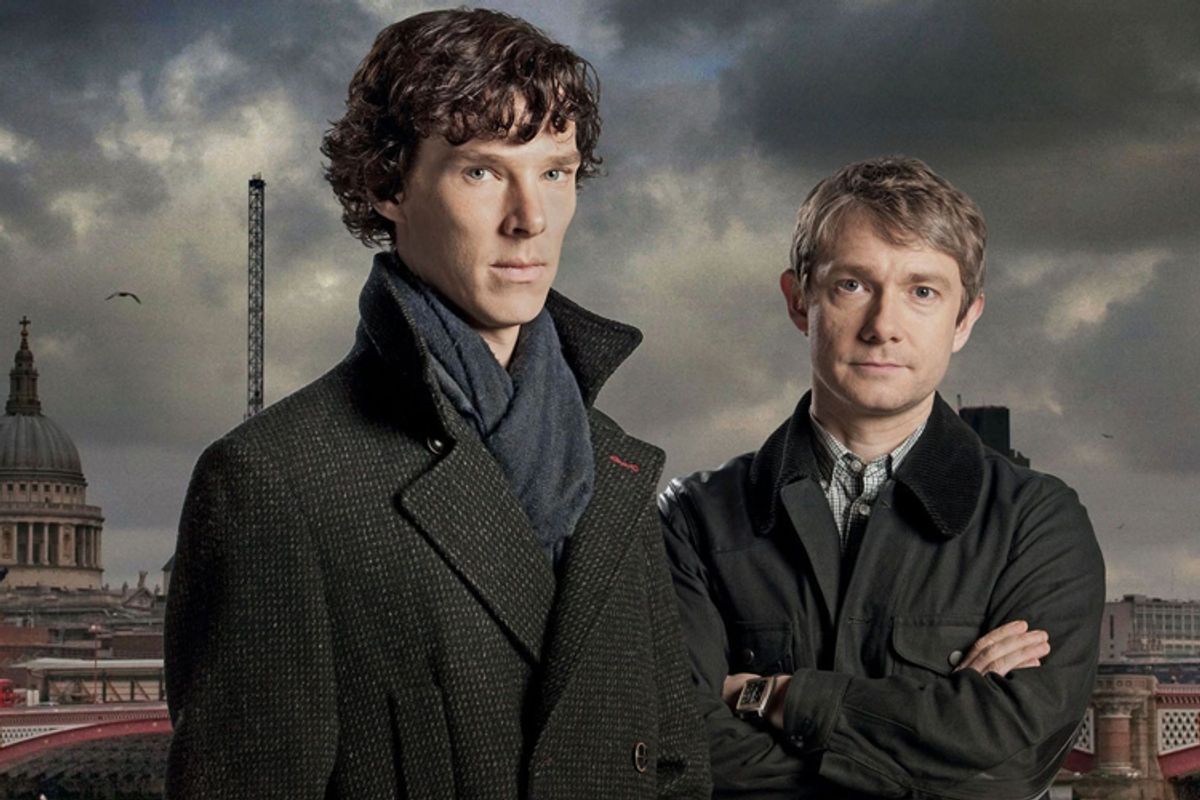 Benedict Cumberbatch, already facing a backlash for rumors that he’ll be playing Doctor Strange, is opening up about what Sherlock Holmes would be like in bed. Unfortunately, many of his fans aren’t too happy about it.

Cumberbatch spoke with ELLE UK on a variety of topics for the magazine's feminism issue, and the conversation eventually turned to Sherlock, the show that made him a household name. While the show is still on hiatus until filming for the Christmas special starts, Cumberbatch showed that he'd thought a lot about his character, at least when it came to his sex life and sexual urges.

“[Sherlock is] asexual for a purpose, not because he doesn’t have a sex drive, but because it’s suppressed to do his work,” Cumberbatch said. “Cold showers, looking at a lot of dead bodies...that’ll do it for you.”

While ELLE UK’s Annabel Brog thought that Sherlock would be “a terrible shag,” Cumberbatch disagreed. Not only would Sherlock be good in bed, he said, but he could predict how it would go down. What followed was a meticulously detailed, “explosive” scene of what Sherlock would do to please a woman. It will either have readers fanning themselves or rolling their eyes.

For someone who seems uneasy with aspects of fanfiction, Cumberbatch seems to be half-decent at writing it when it includes himself and his character.

He also said that Sherlock had sex with Irene Adler after he rescued her from being beheaded.

The scene, along with numerous behind-the-scenes photos, are more than enough to get some fans excited.

But the Cumber-backlash is strong, and other fans took issue with it. Cumberbatch has shown discomfort about talking about fanfiction in the past, but he ended up describing a common male fantasy in ELLE UK. Some felt as if he was pandering to ELLE UK’s largely female audience.

His thoughts on Sherlock and sex contrast with an interview he did with Out that was published just a couple of weeks ago. He and Out editor-in-chief Aaron Hicklin talked about Sherlock’s asexuality and fanfiction, but in a much more critical tone. He spent considerable energy attacking Sherlock’s most popular ship, which is alluded to on the show.

“Because, you know, they either want to make John [Watson] into a sort of cute little toy, or me into a cute toy, or we’re fucking in space on a bed, chained together,” he noted, before explaining the sort of slash fanfic he’s encountered.

Other fans took issue with the idea that Sherlock and Irene Adler, who self-identified as gay on the show, slept together.

“Either Benedict Cumberbatch has experienced a major memory lapse, or he’s just spinning that same old crap us queer ladies always get,” claudiaboleyn wrote on Tumblr. “That we can be turned by men. That we are available to shag.”

Perhaps the biggest insight might’ve been coincidental. In the interview, which came out during Asexual Awareness Week, Cumberbatch implied that Sherlock being asexual is a choice he makes while he’s busy solving crimes. Asexuality, in which someone doesn’t experience sexual attraction, is different from being celibate, and it’s often disregarded or ignored even within the LGBTQA community.

“Because a person doesn’t choose one’s sexuality, one only chooses to identify oneself as such,” gwydions wrote. “The thing is, it doesn’t matter whether Sherlock has a sex drive or acts on it. The problem is whether he feels sexual attraction. And Benedict doesn’t state this clearly (even in the transcript of the interview where he describes Sherlock’s possible approach to sex intercourse). For me, as Benedict puts it, Sherlock chooses to be celibate because of his work. And that’s something completely different.”