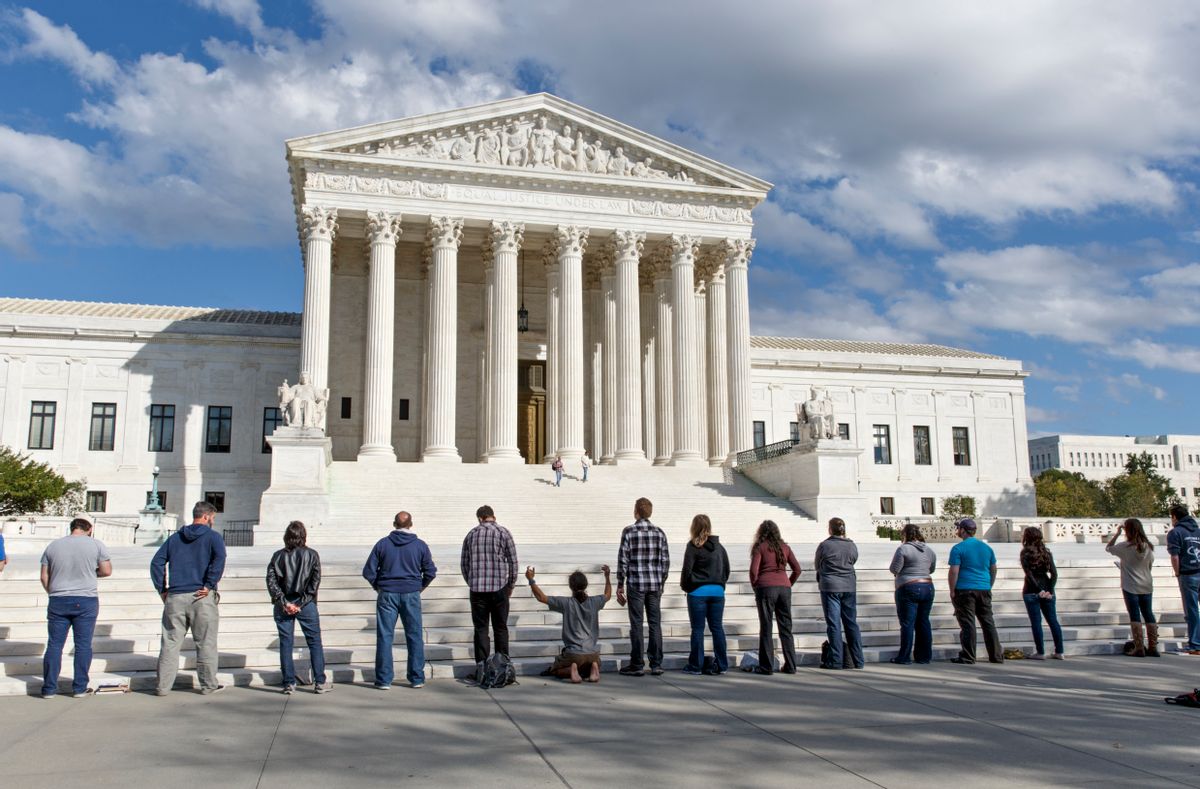 As the Supreme Court begins its new term this week, pro-life advocates hold a prayer vigil on the plaza of the high court in Washington, Saturday, Oct. 4, 2014. The group, Bound 4 Life, has come to the court for ten years to make a silent appeal against abortion. (AP)
--

The Supreme Court rejected an appeal from several so-called "crisis pregnancy centers" on Monday over a controversial New York City law that requires centers to inform clients whether or not they have medical personnel on site. The 2011 law was enacted to prevent CPCs from portraying themselves as medical facilities that offer abortion services and other reproductive health care, a tactic many centers use to manipulate pregnant women into antiabortion counseling.

The justices upheld the medical personnel disclosure provision in accordance with an earlier ruling from the Second Circuit Court of Appeals, which previously struck down several other provisions of the law, Reuters reports:

The appeals court threw out a provision that make centers state whether they provide abortions and other reproductive care and a requirement that the centers tell clients that New York City health officials recommend that pregnant women consult a licensed healthcare provider.

The centers, according to critics, are typically located near hospitals and Planned Parenthood facilities, are staffed by people wearing medical garb and offer ultrasounds but do not provide licensed medical care.

The CPCs involved in the appeal, including the Evergreen Association Inc and the Life Center of New York Inc, claim the provisions violate their First Amendment free speech rights. Meanwhile, city officials counter that the law is meant to protect consumers from false advertising.