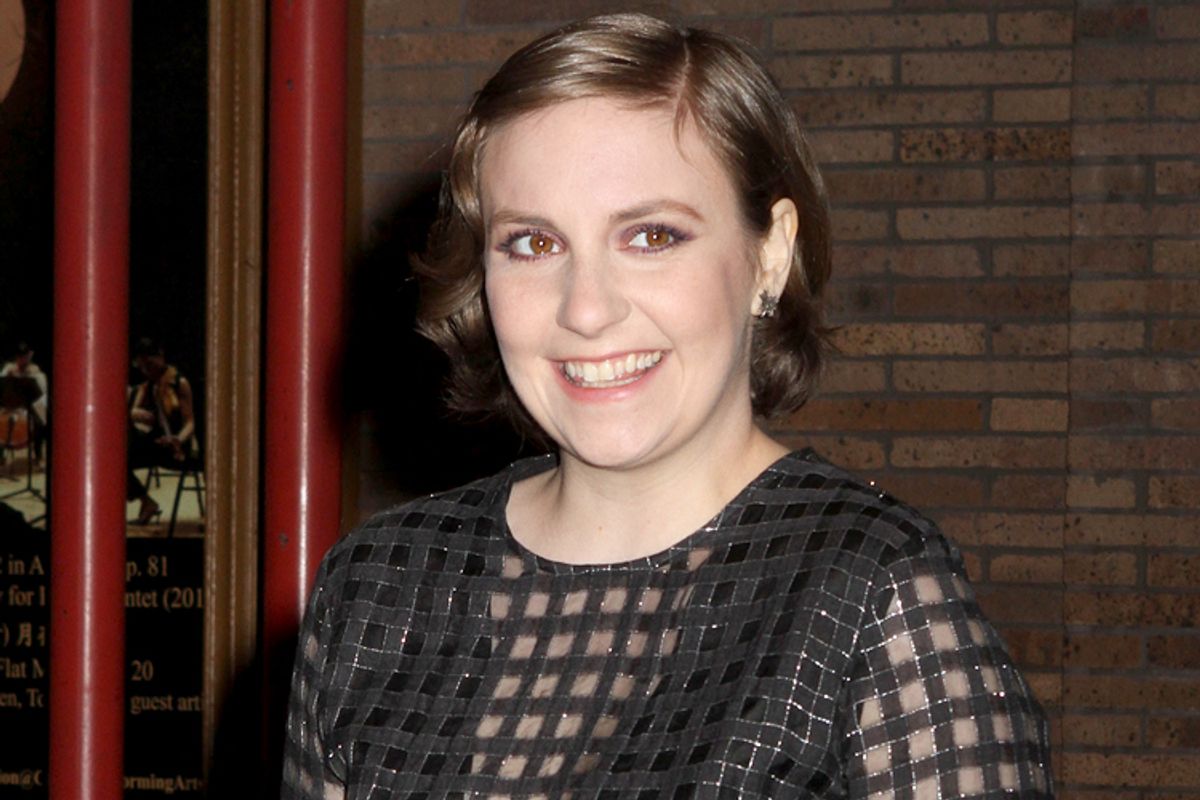 What’s happening to Lena Dunham right now is every memoirist’s worst nightmare, and one no writer should ever have to face.

Last week, on a right-wing website so credibility-free that it has pop-up ads, a blogger named Kevin D. Williamson, who’d previously been best known for suggesting that women who had abortions should be hanged, “reviewed” Dunham’s book, "Not That Kind of Girl." I scare-quote “review” because it had nothing to do with her book as a book; it was more a review of her and her family’s personal, professional and financial lives, accompanied by an almost obscenely unflattering caricature drawing of Dunham.

Between all that and the pop-up ads, you’d think no one would have taken the attack seriously, but there was a detail in the attack that caused it to burble up through the Internet’s layers of muck into plain sight. Williamson fixated on a few details in the book that, divorced from context and from any understanding of how humor and writing work, made it possible for many well-meaning people to take seriously Williamson’s claim that Dunham had “sexually abused” her younger sister Grace.

I’m tempted to leave aside the allegation itself before going on, but just so you don’t have to click around about this dumb nonsense if this is the first you’re hearing about it: There’s a passage in the book where, in a chapter that details her struggles with her own anatomy, Dunham describes being 7 years old and looking at her toddler sister’s vagina and finding that she’d stuffed some driveway pebbles in there.

When I read the book I remember laughing out loud at this story. My recall of childhood isn’t as impressive as Dunham’s, but I’m sure I experienced similar funny-weird brushes with other kids’ privates; the first one that sprang to mind was when, around that same age, I saw something pink and squishy in the pants leg of a long-haired new friend I’d made on a beach vacation as we crouched over a sand castle. I had a moment of cognitive dissonance as I made sense of the fact that my friend was not, as I’d been assuming, a girl.

Taking advantage of how easy it is to inflame onlookers both right and left with the mere suggestion of “abuse” is a below-the-belt tactic unworthy of any real critic, but of course that’s not the game we’re playing here. Williamson and his ilk seem to think that memoirists write about their lives because they get a thrill from putting their lives on public display – in order to brag, to list accomplishments, or to justify their actions. And so, to his mind, the appropriate way to critique a memoir is to critique those lives and accomplishments, and to question the justification of those actions.

But Williamson seems not to have read Dunham’s book very thoroughly, because he missed an excellent, pithy analysis in her introduction of what the point of memoir, hers included, truly is: She is telling stories, her stories. She has to do this, she says, to keep herself sane.

Most people who write in the first person feel similarly; they must, in order to keep going in a climate where people like Williamson can manipulate public opinion against them so deftly simply by quoting selectively from their work.

If you’re on the fence about whether Dunham is an “abuser,” you should probably read her book, and not a right-wing blogger’s cherry-picked version of its contents.  Forming an opinion before doing so does a disservice not only to Dunham, but to all women who’ve had the courage to describe their lives as they truly are, despite the risk that critics will use any underhanded tactic imaginable in order to silence them.