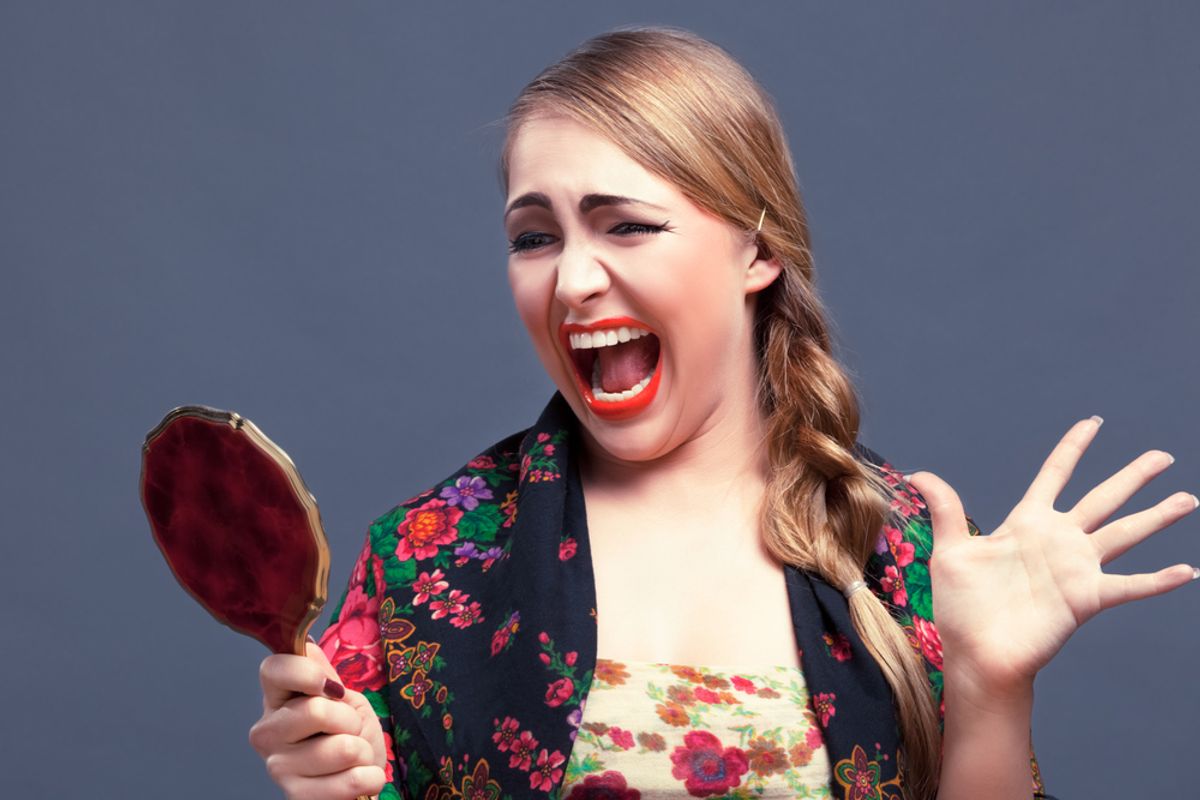 Another college has taken a new approach to sexual assault prevention, except it really isn't new at all. A presentation to address campus sexual violence at Ramapo College in New Jersey was panned last week by students, faculty and the campus newspaper, which reported that the seminar included instructions for female students to practice "preventative" facial expressions in the mirror to avoid being harassed or assaulted. In short, victim blaming.

According to the Ramapo News, the campus coordinator of Substance Abuse & Violence Prevention, Cory Rosenkranz, led the "Haven -- Understanding Sexual Assault" presentation as part of the school's "AlcoholEdu" program, which students say began with emphasis on prevention methods and quickly digressed into a lesson for women about how they contribute to sexual assault:

“[Cory] started the presentation by talking about preventative measures…but then it became kind of peculiar, the extent she was taking it to,” said Brandon Molina, who is a returning peer facilitator. “She was saying that women need to watch their body language and that women should practice how they articulate their face [in a social setting] by practicing in the mirror.” ...

During the hour-long presentation, which also covered alcohol consumption and abuse, Rosenkranz said female students needed to be self aware about actions that could invite sexual assault. Those included, Rosenkranz said during the presentation, how women dress, how they interact socially, how much they drink and how their body language and facial expressions could be interpreted.

One small sign of hope for the students who attended the presentation is what several of them seem to have taken away: that responsibility for sexual assault does not and should not fall to victims. “My thought the whole time was maybe women shouldn’t practice how long they’re blinking," Molina added, "men should just not rape people."

College officials responded to the controversy via Twitter, by not really saying anything at all:

Ramapo College’s approach to sexual assault prevention is and has always been to not blame the victim.

While representatives of the college might not be sending the right message, it's heartening that members of the Ramapo community seem to be drawing the right conclusions anyway. Still, students like Molina and professors like Paul Reck, who also spoke with the Ramapo News, don't speak for everyone -- and they don't illustrate a greater trend away from a victim-blaming, slut-shaming rape culture on college campuses and in society at large. More education is needed.

“Males’ sexual assaults of females, both historically and today, occur regardless of what females do,” Reck said. “What I’d like to see is a workshop that focuses on teaching men not to rape.”