American Thinker has a new (derogatory?) term for the gubernatorial candidate, and it sounds kind of awesome 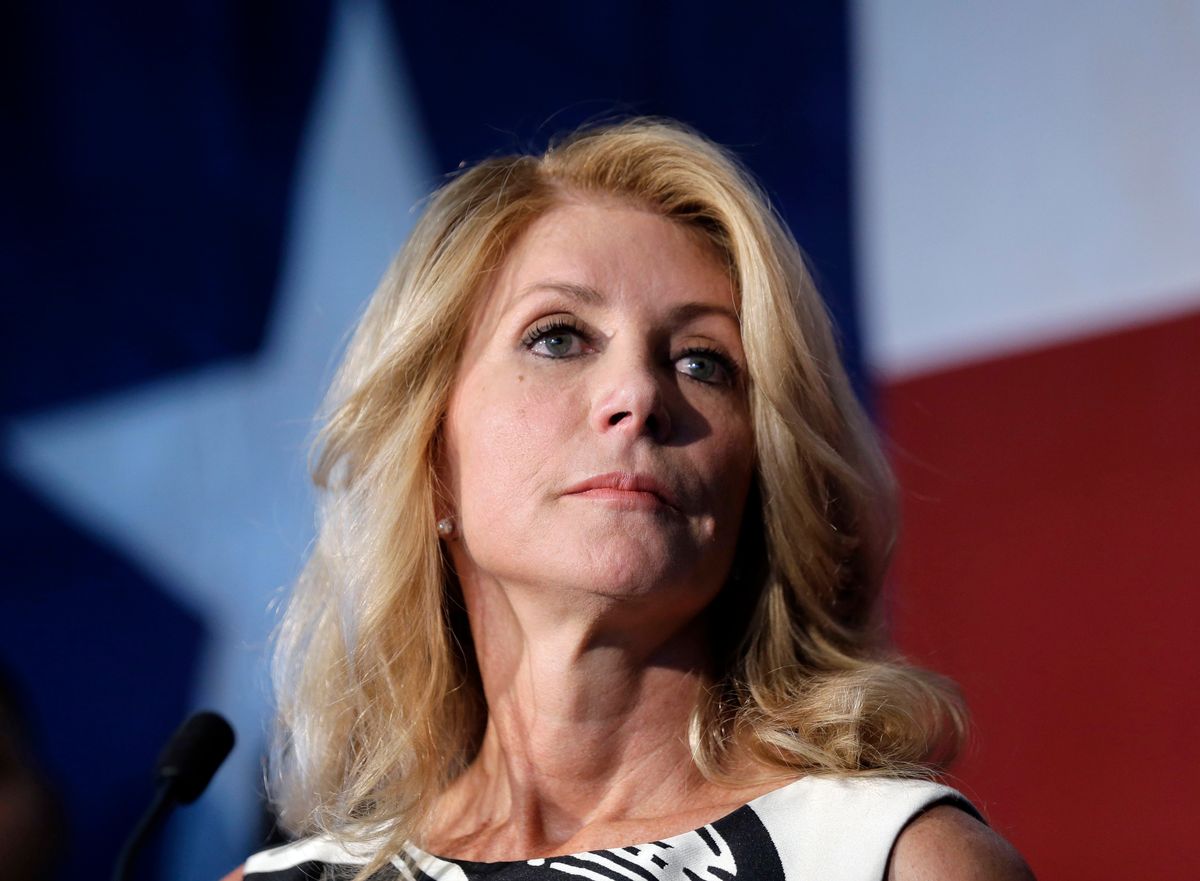 Wendy Davis has been called a lot of mean names by people who disagree with her. The Texas gubernatorial candidate has been called an "extremist" and a "fanatic." She has been called "ghoulish," "sick" and "disgusting," and referred to as an "aspiring baby killer" and "the candidate for the murderers of America's children." Most notably, Davis has been nicknamed "Abortion Barbie," a term many on the right delight not only in using, but in defending as a legitimate (and totally not sexist!) moniker.

But Deborah C. Tyler at American Thinker has come up with what might be the best conservative nickname for Davis yet, just in time for it to enter the collective consciousness before the candidate's bid for governor is up. In an essay titled "Dreams from My Uterus," Tyler denies that Davis is a feminist and instead labels her a "gynecist" -- a term Tyler clearly intends to be derogatory, but which actually sounds kind of awesome once she starts describing what it means:

Gynecism promotes the political position that the primary and most essential power a female can hold is the control of her own sexual and genital functions. Gynecism sexualizes and sexually empowers girls and women throughout the lifespan and insists upon the absolute and sole right of a pregnant female to terminate her own pregnancy at any point. ...

Gynecism presupposes every female, even girls in the early teen years, has a built-in decisional capacity regarding sexual activity and pregnancy termination. Just a little sex ed and she knows what will be right for her now and for the rest of her life.

It's funny: I know a whole lot of feminists who believe in women controlling their own sexual and genital functions (and, you know, maintaining general bodily autonomy). They're also down with sexual empowerment and a woman's sole right to terminate a pregnancy, as well as comprehensive sex education that helps young people (regardless of gender) act on their intrinsic ability to make decisions about their own reproduction and sexual activity, in a way that is healthy and safe. Feminists think these things are good! Just like the gynecists! So weird!

Tyler goes on to suggest that assuming women can make their own decisions about their own lives is "crazy and cruel," and asserts that Wendy Davis and her legion of gynecist lemmings "are among the most harmful people in the world today." It's a nice preface for her conclusion, where Tyler talks a lot about cults:

[Gynecists] should not be judged for their private choices... But they are to be held accountable for their public choices and policies which waste the promise of modern feminism on a cult of sex and death. Wendy Davis is using the left wing of the Texas Democrats for national prominence. She does not understand that her party has become a death cult. Unlike husbands and children, death cults cannot provide anything worth having.

(I have heard they can provide healthcare, though.)

Wendy Davis is neither an extremist nor a fanatic with regard to abortion, nor is she any kind of Barbie (she is human). She is a legislator and candidate who has stood up for reproductive healthcare access (literally, for 11 hours) for Texas women. She is a Harvard graduate, a mother and an owner of fancy pink sneakers who supports feminist causes. By Tyler's definition, she might even be a gynecist -- which really doesn't sound so bad.