A night of blown opportunity: Why millennials didn't show up last night

For all the demographic targeting, one group was all but ignored -- but could have made a difference. Here's why 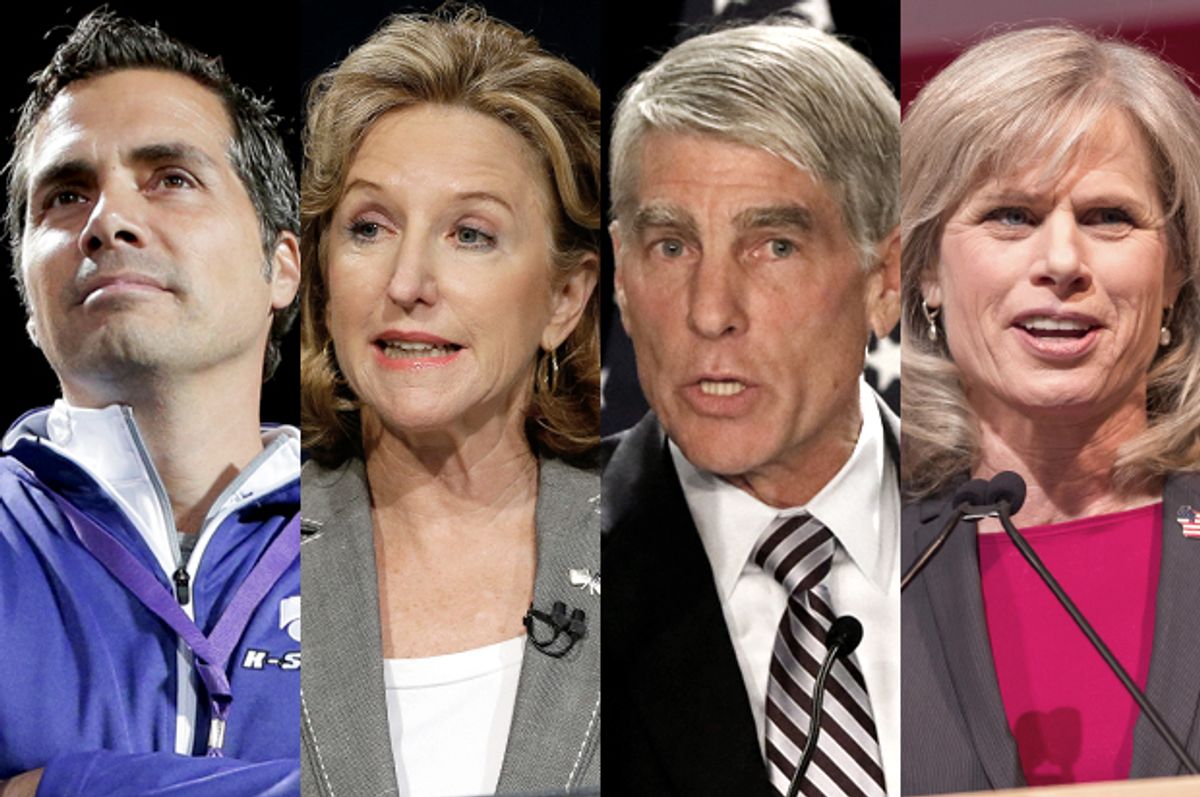 The results are in: despite fierce, crucial campaigns across the country, millennials voted just as little this year as they have in past midterms.

Leading up to Election Day, party leaders revived an age-old tradition this year by traveling to college campuses and urging young people to vote. Unfortunately, when they get there, they rarely had anything inspiring to say about issues that matter most to young people in the audience. Their problem wasn’t finding soaring rhetoric. Instead, the problem is that almost none of them articulated bold ideas on some of the most important issues to millennials today.

Despite evidence that millennials could mobilize to become the most influential electoral demographic in the country, most party leaders and their candidates have failed to articulate any bold plans on issues that are increasingly defining youth interests. For instance, while an overwhelming number of  millennials support policies that would make college more affordable, decriminalize marijuana and eliminate low-paying internships that exploit young, indebted college graduates, candidates from both parties this cycle declined to take the type of strong positions that could mobilize large swaths of these voters.

On the one hand, it’s not surprising when candidates refuse to take political risks, even when the upside is arguably tremendous. But when it comes to the youth vote, their reticence is much more shocking, given that bold appeals to millennial voters are starting to become an essential ingredient to achieving political stardom. The bipartisan examples of success are more obvious than you would think. In recent months, Elizabeth Warren and Rand Paul have shot though the political stratosphere largely by embracing bold action on issues that millennials are most passionate about.

Elizabeth Warren has been the most vocal opponent of a profitable education sector that young voters do not trust, and she has been the leader in the Senate on student loan reform. Unlike her colleagues, Warren has embraced these types of positions because millennials overwhelmingly support them. It’s tough to argue with the newfound influence this approach has won her: Even Hillary Clinton, the Democratic front-runner for president, is widely believed to be boxed-in by her popularity.

A similar phenomenon is at work among young voters aligned with the GOP.

Rand Paul, a Republican presidential contender and media darling, is banking his political future on bold policy positions that appeal to young voters. Paul is working the electoral circuit, articulating controversial views on issues ranging from the decriminalization of marijuana (which he supports), to ways of reducing the scourge of racial profiling in police departments across the country, and making him a draw at both conservative and liberal venues around the country.

Both senators are among the most influential voices in social media, where millennials dominate the conversation. That influence has translated into real power in the corridors of Washington. Given that, it is baffling that candidates this year were reluctant to embrace the Warren/Paul playbook and galvanize an entire generation of voters behind them.

It's not just that candidates like Sens. Warren and Paul are simply talking about these issues. It's that they've broken away from inane debates such as the precise level of student interest rates or whether or not racial profiling exists. Instead, they've embraced the maddening reality of these issues and used them to create messages and policy ideas that millennials believe will work to solve them.

It often takes candidates one or two election cycles to learn valuable lessons from other candidates (see, digital outreach, McCain, Romney campaigns, 2008, 2012). Given that, there’s hope that candidates will "see the light" and begin to engage young voters on issues that are at the top of their wish list for action. We’ll be taking every opportunity to remind them of what happened this cycle, and equipping them with the research to show them the way. If the Democrats and Republicans learn one thing about millennial voters this cycle, it should be this: Small ball doesn't work and if you want their vote, it's time to finally bring some real, bold ideas to the table.

Matthew Segal is the co-founder of OurTime.org, the nation’s largest nonpartisan organization that advocates on behalf of young Americans.