Another horrific tropical disease is making headway in the U.S.

Chagas disease is affecting a lot more Americans than we think, researchers say 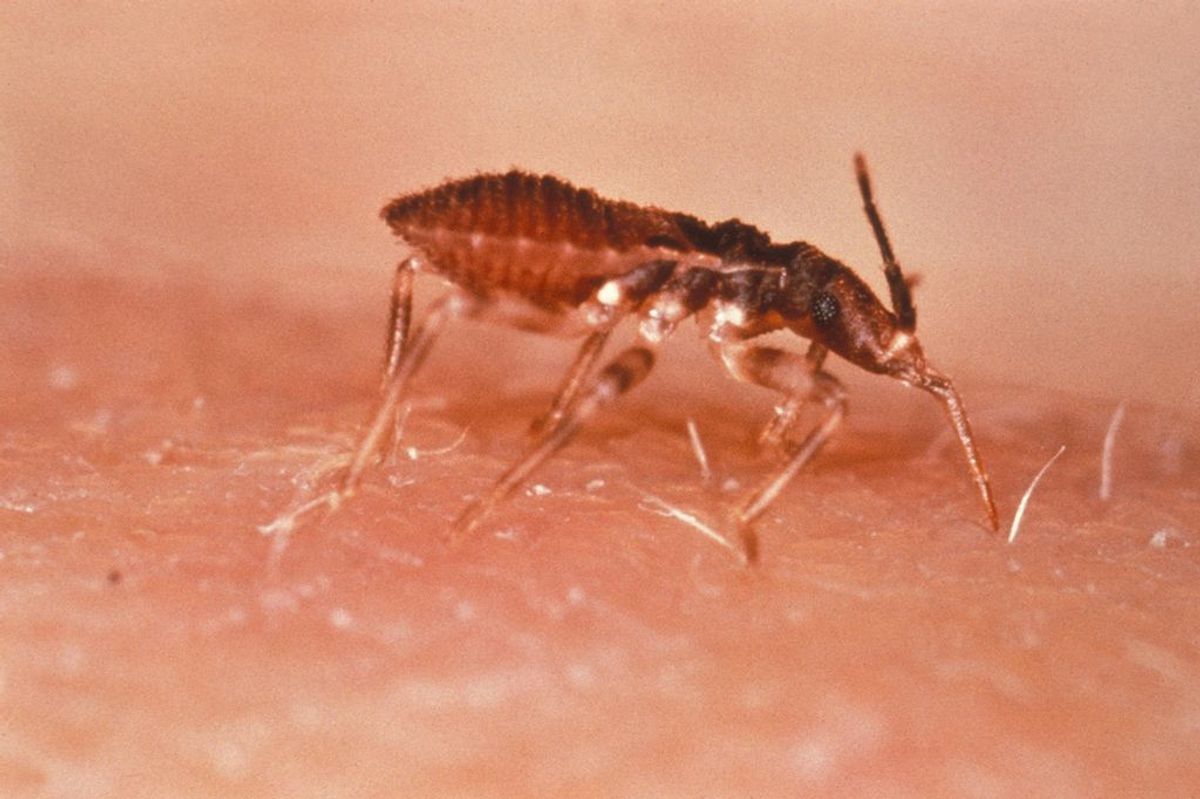 Doctors with recent, first-hand experience treating the only disease anyone wants to talk about right now were barred from attending a major medical conference, leaving the annual meeting of the American Society of Tropical Medicine and Hygiene a bit light on the Ebola this year. Fortunately, the researchers who did attend had plenty of other scary, tropical diseases to discuss, like Chagas, an emerging threat that most Americans don't see coming.

The parasitic infection is sometimes called the "kissing bug" disease, because its carriers, the triatomine bug, like to bite people's mouth areas while they're sleeping (although the parasite itself, which causes the disease, is spread via the bugs' feces). It can also be transmitted from mother to child, and through blood transfusions. It's also called a "silent killer," because it's hard to diagnose early, which is when it's more likely to be curable. Once inside a host, it hangs out near the heart, damaging the muscle: about 30 percent of people with a chronic infection develop cardiac problems, and in its late stages it can lead to heart failure or sudden death.

The World Health Organization estimates that some 7 to 8 million people worldwide are infected with Chagas; in our neck of the woods, is mostly a problem Mexico, Central America and South America. It affects the U.S., too, but most cases are believed to have been brought back by people traveling abroad.

According to researchers at Houston's Baylor College of Medicine, however, there's reason to believe that Chagas could be creeping north. Presenting at the meeting, the Washington Post reports, the team reported that Texas' infection rate is a lot higher than anyone thought: analyzing Texas blood donations between 2008 and 2012, they found that 1 in 6,500 donors tested positive for Chagas, a rate 50 times higher than the CDC estimate of 1 in 300,000. They also said they'd identified six Chagas patients in Houston who hadn't traveled much outside of the U.S. -- reason to believe they'd acquired the disease locally.

"We were astonished to not only find such a high rate of individuals testing positive for Chagas in their blood, but also high rates of heart disease that appear to be Chagas-related," said lead researcher epidemiologist Melissa Nolan Garcia in a statement.

The National Climate Assessment listed Chagas, along with other parasitic diseases not native to this country, as a growing threat to Americans: as the climate turns toward its favored conditions -- warm and wet -- its geographical distribution could expand, increasing the risk of infection both at home and abroad. We're seeing a similar phenomenon right now with chikungunya, a mosquito-borne disease that's been looming over us ever since it made the leap from Asia and Africa to the Caribbean. Its host, the Asian tiger mosquito, can be found as far north as New York; as the climate warms, it may gain even higher latitudes.

These new findings could be an early indicator of the potential for high-risk Chagas zones to expand. “We know the bugs are already across the bottom two-thirds of the U.S., so the bugs are here, the parasites are here," University of Vermont researchers warned in 2012. "Very likely with climate change they will shift further north and the range of some species will extend."

The Baylor team's message: America needs to be prepared to see more cases of this "neglected" disease. Another study, published in 2012 by Baylor researchers, identified Chagas as "the new AIDS of the Americas" -- in an accompanying editorial, they highlighted the need for expensive, long-term treatment, and argued that because the disease disproportionately affects the poor, there's been scant spending on finding new treatments.