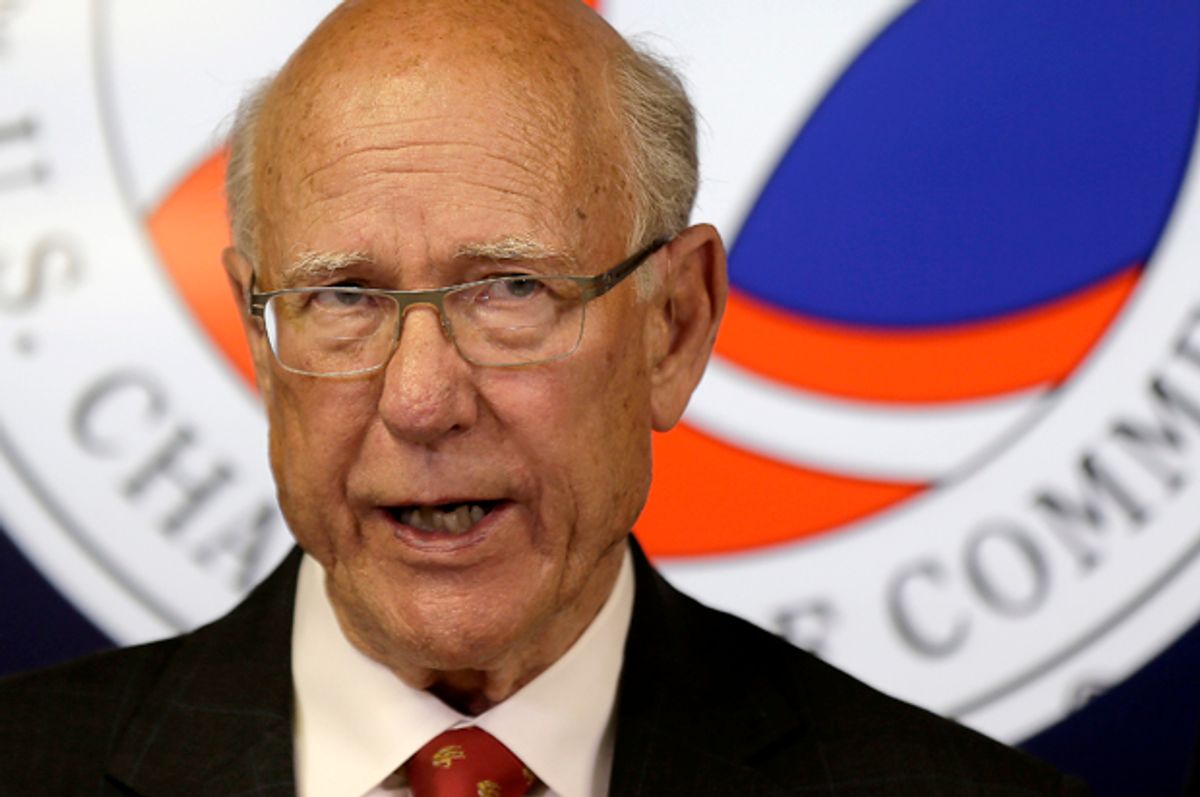 The Kansas Senate race wasn't competitive until Democrat Chad Taylor dropped out of the race in September, setting up a two-way race between Roberts and Orman. Polls indicated that Orman would defeat Roberts in a head-to-head contest, but Roberts waged a vigorous campaign to save his political career, bringing in national GOP figures and attacking Orman as a liberal foot soldier.

Kansas had presented a rarer opportunity for a candidate to pick up a GOP seat. With the AP having called 5 states for the GOP so far, the party is well on its way to netting the six seats required to capture the Senate.