The sneaky, systematic ways employers are stealing our wages

Fast food workers aren't the only victims. Wage theft is rampant across the labor force, and much of it is legal 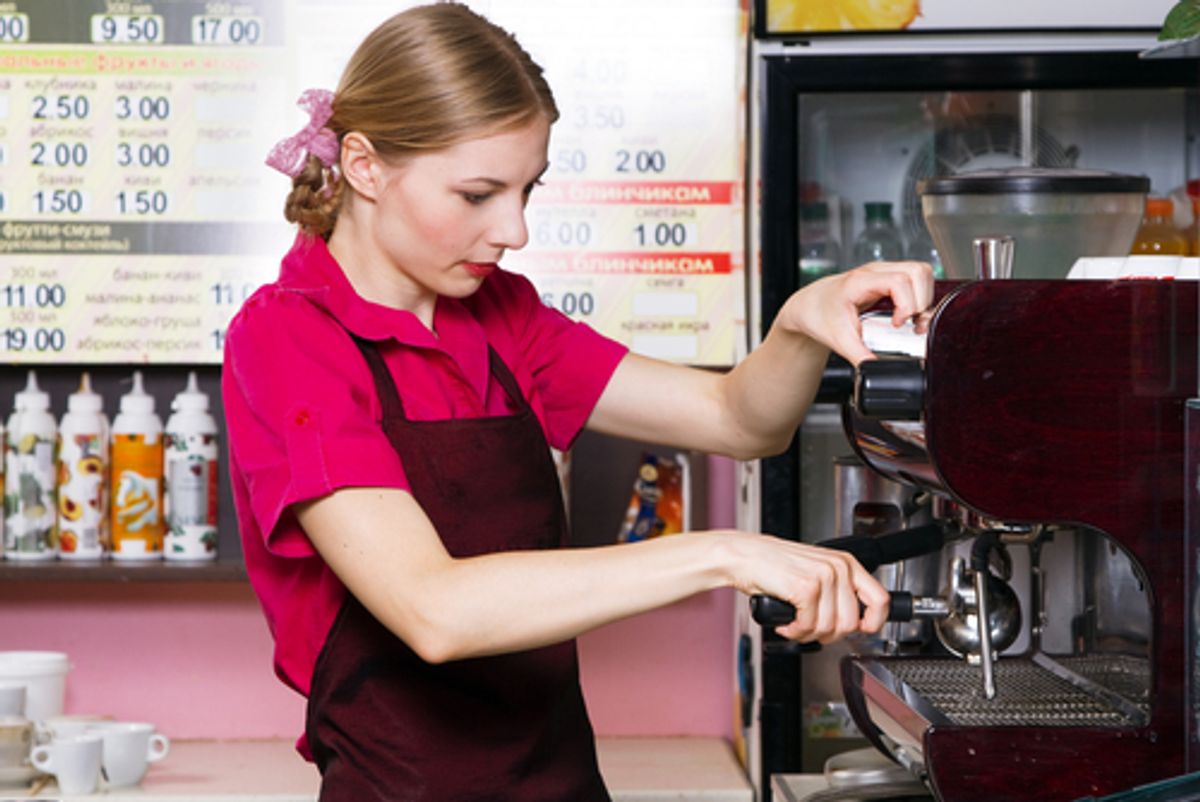 In Denmark, fast food workers make $20 an hour plus benefits, and the corporations that employ them are still profitable. Why there and not here?

The answer is simple and painful: wage theft. In America, corporations are systematically stealing our wages. Virtually everyone in the bottom 95% of the income distribution now suffers from wage theft, including you!

It starts at the bottom. Many undocumented immigrant day labors survive by standing on street corners and selling their labor to drive-by construction and landscaping contractors. Unfortunately, far too many contractors refuse to pay after the work is done. And this is something nearly every day-laborer experiences.

What can undocumented workers do about it? For most, not much. If they report the theft, they run the risk of being reported to U.S. Immigrations and Customs Enforcement. Instead, most just go back to their corners hoping to find more scrupulous contractors. Or, if they are lucky enough to be affiliated with an immigrant worker center like the Workers Justice Project in Brooklyn, NY, they find jobs through its hiring hall where contractors agree to pay decent wages and provide safer working conditions.

Next come the fast-food workers who work overtime, but rarely see the time-and-a-half to which they are entitled by law. Franchise managers at McDonald, Burger King, Pizza Hut, Wendy's and the like steal those hours by fiddling with the logs. You don't like it? Leave. But if you're lucky enough to be part of the Fast Food Forward campaign, the threat of protest and legal action might force the employer to pay up. Try stealing OT in Denmark and the union would shut down the entire chain.

Move up the food chain a bit and you'll find the Amazon worker who must line up for 25 minutes to pass through "egress security"—screeners to stop pilfering. Amazon says this is not "integral and indispensible" to the job, and therefore, it is lawful not to pay for the time. The Supreme Court will soon decide whether efforts to halt merchandise theft will become legalized wage theft.

"The average worker lost $51, out of average weekly earnings of $339. Assuming a full-time, full-year work schedule, we estimate that these workers lost an average of $2,634 annually due to workplace violations, out of total earnings of $17,616. That translates into wage theft of 15 percent of earnings.

"The Economics Policy Institute (EPI) uses those numbers to provide a national estimate:

"The total annual wage theft from front-line workers in low-wage industries in the three cities approached $3 billion. If these findings in New York, Chicago, and Los Angeles are generalizable to the rest of the U.S. low-wage workforce of 30 million, wage theft is costing workers more than $50 billion a year."

How much is $50 billion in wage theft? It's almost four times greater than the $13.6 billion reported by the FBI for the total costs of all stolen cars, other larcenies, burglaries and robberies in 2012. Fifty billion a year is enough to cover the wage bill for over 1.2 million jobs that pay $20 an hour.

You may be thinking "Thank god I'm not a low-wage worker. Nobody's stealing my pay." Or are they?

The only difference between the rest of us and a day-laborer is that our employers have developed ways to fleece us legally. And we're not talking about a few dollars here and there. Nearly half of our wages have been misappropriated. Enter Exhibit #1: The Productivity/Wage Gap.

This hidden larceny takes a little explaining. Productivity, a word near and dear to every manager's heart, measures how much we produce per hour of labor. For an entire economy, it gauges our total level of knowledge, skill, technology and organization. It's also the key to the wealth of nations. The more goods and services produced per hour, the higher the standard of living. Of course this crude measure has trouble accounting for a sustainable environment or health or well-being. But usually, those countries with the highest levels of productivity have the greatest ability to protect the public's health and the environment.

As the chart below shows, productivity in the U.S. economy has risen steadily since WWII, climbing in 65 of the last 70 years. For generations, as productivity increased so did real wages (how much we earn after factoring out increases is the cost of living.) From WWII until the mid-1970s, productivity and wages were virtually inseparable. As productivity increased, so did wages. When I was in graduate school in the early '70s, they taught us that entwinement was an economic law --- the two lines had to rise together because when they separated, market forces would pull them back together. By about 1980, this iron law was repealed. Wages stalled while productivity continued to climb.

Let's be clear: When productivity rises, wages can increase without harming profits. For nearly a quarter of a century after WWII, about two-thirds of the productivity gains went to wages, while the rest went to profits, research and development, and the replacement of plant and equipment. Now corporate elites are squeezing revenues to reward themselves. Plant, equipment, research and workers must make do with less.

Since the late 1970s, the average real wage for most of us has stalled. Had we continued to get our fair share of productivity, our wages would be double our current pay. Think about how you'd be living with twice your current wages (like a Dane!)

What happened? Where did all that productivity money go? It all comes back to Wall Street. Financial interests were deregulated so they could better manipulate the economy. Laws and regulations were changed. Financial maneuvers that once would have landed financiers in jail, now land them in penthouses.

As the rules of the game changed, financiers began to siphon wealth away from corporations, from our pockets to theirs. This chart shows how much the average top CEO makes for every one dollar earned by the average worker. Where did our productivity money go? They took it.

Here's one more chart that tells the story. It compares financial incomes to non-financial incomes. Until 1980 or so there was no premium for working on Wall Street. Now the average earnings are twice as high. That's your money.

Is It Really Theft?

Theft is defined as "the act of stealing; the wrongful taking and carrying away of the personal goods or property of another; larceny."

Even if it's legal, in my book, it's the very definition of "wrongful taking." Just about everything that's wrong with our economy stems from this productivity/wage theft. As economic elites siphoned away our wages, they turned the economy into a casino that crashed in 2008. The Great American Dream that so mesmerized working people around the globe, is no more. And it will never return until we realize that our new financialized economy is now constructed upon "wrongful taking."