The system is broken: How the midterms expose our dying democracy

Regardless of how they turn out, the midterms have revealed our government to be broken and corrupt 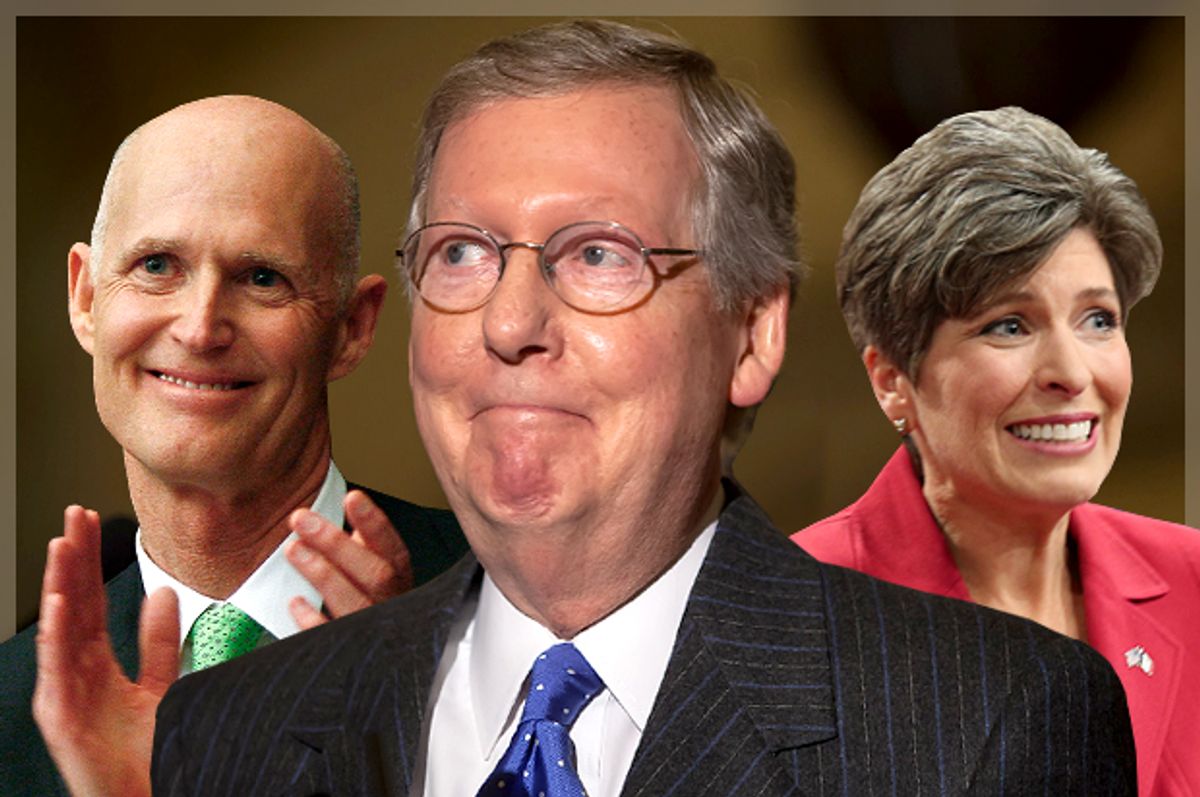 In a provocative essay published over the weekend by the New York Times, Duke University professor David Schanzer and one of his students, Jay Sullivan, argued that the midterm elections had not only become anachronistic, but were in fact contributing significantly to our federal government’s ever-decreasing worth. “[A]t a time when Americans’ confidence in the ability of their government to address pressing concerns is at a record low,” Schanzer and Sullivan wrote, “two-year House terms no longer make any sense.” To solve the midterm problem, they posed a radical solution: To “get rid” of them entirely and altogether. End of sentence. Full stop.

Predictably, the essay was greeted by conservatives with dismissive mockery. Even some middle-of-the-road, centrist types put it in their cross hairs and fired off a couple of shots. And to be fair, the Dukies’ argument wasn’t perfect; if we increase House terms to four years, as they advocate, why even keep the Senate? But rather than being a problem of its being too dramatic, the piece’s shortcoming is that the changes it advocates aren’t radical enough. Because it’s not just the midterms that are the problem; it’s the whole structure of American government that’s increasingly broken and corrupt.

It’s hard to know where to start, but how about the fact that incumbents almost never lose? Or that elections are, in essence, a game between warring tribes of billionaires? How about the fact that scores of millions of voters are packed into districts so lopsided that their vote is even more meaningless than usual? Or that dozens of Congress members face competition so flimsy and poorly funded, they essentially run unopposed? Most worrying of all, how about the fact that a unified minority party can reap major benefits by embracing a strategy of brinkmanship and obstruction, confident in the knowledge that voters will blame the president regardless?

Put it all together and you’re liable to reach a dispiriting conclusion. At this moment in its history, the United States of America, the self-proclaimed oldest democracy in the world, lacks the basics of real self-government: access to the polls for citizens, accountability to the voters from politicians, competition among candidates to discern the people’s will, and real options for those who feel their voices aren’t being heard. Sure, we have all the trappings of popular democracy. But it’s “kabuki,” a pantomime; the fading shadow of a system that in essence, if not in law, has nearly reached a complete stop.

Let’s get this out of the way first, before I wrap up: Yes, I’d probably be less inclined to write this piece if I didn’t expect the results tonight to, from a liberal perspective, be greatly disappointing. And yes, while most of these factors were present in 2012, I found the disconnect in American government between form and essence easier to cover up. But my concern here isn’t partisan; Democrats benefit from many of these malfunctions, too, and are quite likely to continue to do so in the foreseeable future. Moreover, if voters want to send a gaggle of far-right Republicans to Congress, I’ll echo Justice Oliver Wendell Holmes and say have at it.

So it’s not the millions of Americans who are conservative that have me worried, it’s the millions who aren’t conservative but decided in 2010, and once again today, that they either wouldn’t or couldn’t manage to show up. If most Americans thought things were hunky-dory, this would be disappointing (people really did die for this, after all) but not truly alarming. Yet the reality, of course, is quite the opposite; most Americans think things are going terribly and that the bad times will just keep coming. All the same, a countless number have decided — tragically but not necessarily unreasonably — that voting for something better is either impossible or in vain.

In the last best hope of the human race, in our shining city upon a hill, the inheritors of government of the people, by the people and for the people have surveyed their options. They've decided to give up.