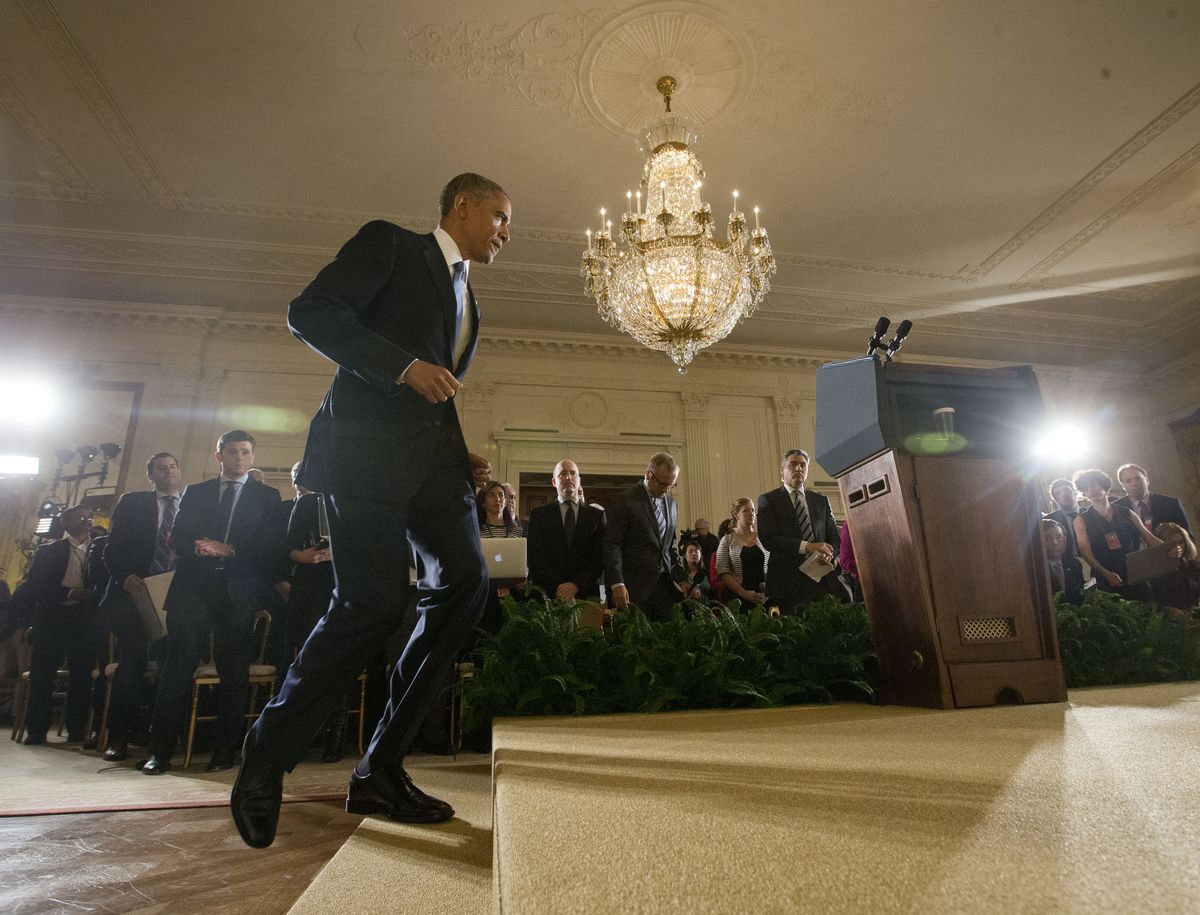 President Barack Obama walks in for the start of his news conference in the East Room of the White House, on Wednesday, Nov. 5, 2014, in Washington. (AP Photo/Pablo Martinez Monsivais) (AP)
--

WASHINGTON (AP) — A Union Army officer who stood his ground during the Battle of Gettysburg and paid with his life is receiving the nation's highest military honor from President Barack Obama.

Obama on Thursday was bestowing the Medal of Honor on 1st Lt. Alonzo H. Cushing, who was killed in July 1863 during the three-day battle near the Pennsylvania town. The battle often is described as the turning point of the Civil War.

Congress granted an exemption for Cushing's posthumous honor. Recommendations normally must be made within two years of an act of heroism, and the medal presented within three.

Cushing was born in Delafield, Wisconsin, raised in Fredonia, New York, and buried at his alma mater, the U.S. Military Academy at West Point, after his death at age 22. He commanded about 110 men and six cannons, defending the Union position on Cemetery Ridge against Pickett's Charge, a major Confederate thrust that was repelled by Union forces.

On the third day of battle, Cushing's small force stood its ground under severe artillery bombardment and an assault by nearly 13,000 advancing Confederate infantrymen. Wounded in the stomach and right shoulder, Cushing refused to move to the rear despite his wounds and insisted on ordering his guns to the front lines.

He was shot and killed as Confederate forces closed in on his position.

"His actions made it possible for the Union Army to successfully repulse the assault," according to a White House summary of Cushing's actions.

Two of Cushing's cousins were to join Obama and first lady Michelle Obama at a White House ceremony commemorating the lieutenant's service and sacrifice.

Obama and Mrs. Obama were also honoring service members, veterans and their families at an outdoor event Thursday evening featuring musical performances by Mary J. Blige, Willie Nelson and other recording artists. In 2011, Mrs. Obama and Jill Biden, the wife of Vice President Joe Biden, launched "Joining Forces," a nationwide campaign to rally the country to support its troops.

The Medal of Honor, which was created in 1861 during the war in which Cushing gave his life, has been bestowed on more than 1,500 soldiers who fought in the Civil War, most recently Cpl. Andrew Jackson Smith of Clinton, Illinois. Smith was honored by President Bill Clinton in 2001 just before Clinton left office.

It was unclear why Cushing wasn't similarly honored. His descendants and admirers have pressed for the honor since the late 1980s.

The Cushing name is prominent in Delafield in southeastern Wisconsin. A monument to Cushing and two of his brothers — Naval Cmdr. William Cushing and Army 1st Lt. Howard Cushing — stands at Cushing Memorial Park, where the town holds most of its Memorial Day celebrations.

Wisconsin's lawmakers in Congress had attached an amendment to honor Cushing to a defense spending bill in 2010, but then-Sen. James Webb, D-Va., stripped it out. Webb argued it was impossible to go back 150 years to determine who should receive a medal. He predicted that doing so could spark a flood of claims.

The Medal of Honor is given to service members who risk their lives in acts of personal bravery above and beyond the call of duty.