How to doom GOP in '16: Strong executive action on immigration would clinch Dems-Latinos relationship

Conventional wisdom says it's too perilous to act on immigration after the midterm debacle. The opposite is true 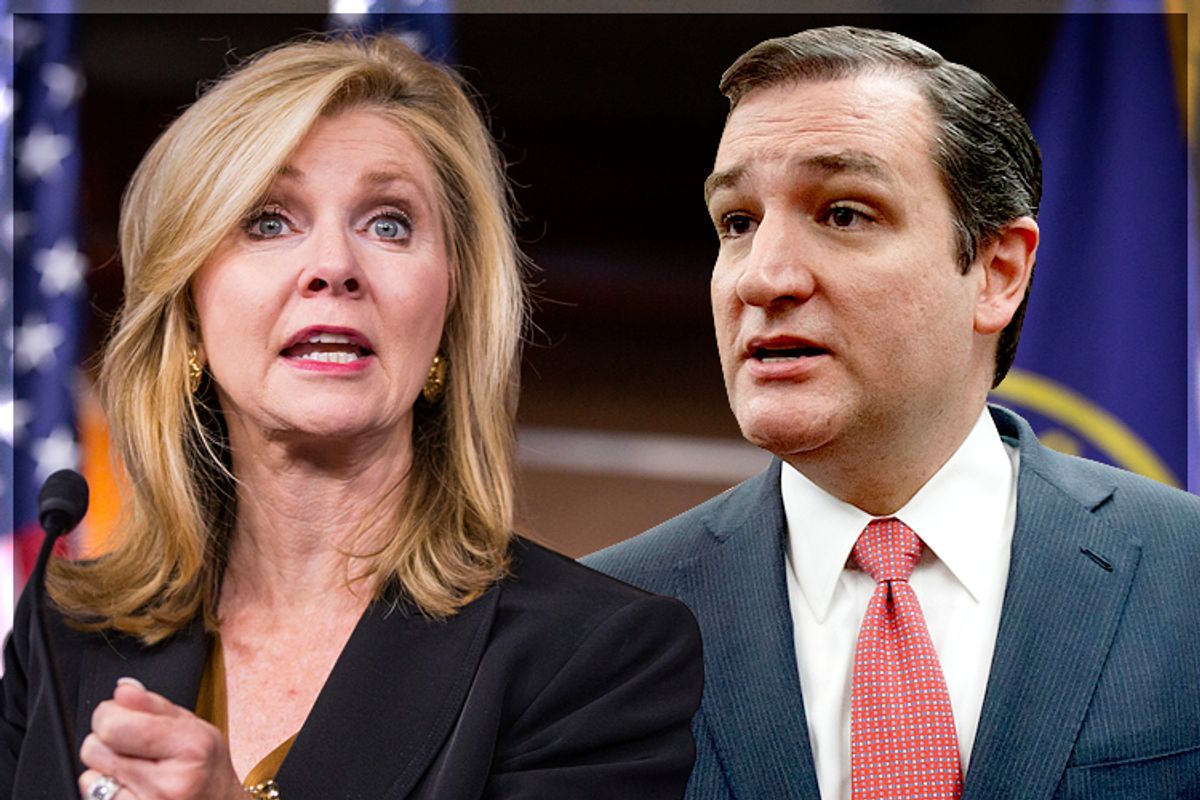 By nearly all accounts, President Barack Obama’s decision to delay executive action on immigration until after the election was intended to help vulnerable Democrats running in tight races in conservative states. In places like Alaska, Arkansas, Louisiana, and North Carolina — where white conservatives abound and the Latino population is small — Democrats had little to gain by pushing the divisive immigration issue, the thinking went; it would hand Republicans yet another plank on which to accuse the president and his party of overreach.

A lot of good that did. Republican Tom Cotton bested incumbent Senator Mark Pryor in Arkansas; Kay Hagan lost in North Carolina; and it seems the Democrats will also have to say their goodbyes to Mark Begich from Alaska (votes are still being counted, but challenger Dan Sullivan has a 3.6-point lead). In Louisiana, Mary Landrieu eked out a win over Republican challenger Bill Cassidy, but must now face him in a runoff election that she is almost sure to lose. Tuesday night was a shellacking for Democrats, helped none by depressed turnout among Latinos and young people.

Now, after reneging on his promise to act on immigration by end of summer, it’s time for the president to deliver on his promise to provide relief from deportation to some portion of the estimated 12 million undocumented immigrants currently living in the country. Representative Luis Gutiérrez, the leading Democrat in the House on immigration, wasted no time in calling for the White House to fulfill its pledge, urging the president in an op-ed to “take as many people out of the deportation queue as possible.”

But if the politics of immigration were toxic before the midterms, how much more are they now that Republicans have swept into Congress with no agenda other than opposing the president?

Matthew Yglesias at Vox thinks the Democrats’ performance in the midterms makes it less likely Obama will go big on immigration. Instead of giving a large swath of the adult undocumented population a reprieve from deportation — in the same way it has done for the children of undocumented immigrants brought to the country as minors — the White House may simply scale back enforcement.

National Journal’s Ron Fournier put it in starker terms, tweeting Tuesday night that “after this repudiation, acting on #immigration by fiat would be the political equivalent of literally flipping the country the bird.”

Yglesias and Fournier may well be right — especially if one takes at face value the administration's argument that putting off executive action on immigration would make it more "sustainable."

But assuming the White House will scale down its plans overlooks the obvious political advantage for Obama to act boldly: It will put immigration center stage just as the Republican presidential primaries get under way.

Latino voters were not decisive in this week’s election. Like many of the groups that comprise the Democratic base, their turnout in the midterms was poor. One could make the argument that higher turnout among this demographic could have made a difference in Colorado, where Democratic incumbent Mark Udall lost to Republican challenger Cory Gardner. But in the other states where Democrats faced an uphill battle for re-election, the Latino population was small.

Where Latinos matter most — and matter a lot — is in the presidential election. While they tend to vote at lower levels than any other ethnic minority group, by dint of their sheer numbers Latinos were credited with handing Obama the presidency in 2008 and 2012. With Latinos projected to make up 29 percent of the U.S. population by 2050, the chances of winning the White House without the support of this demographic will become increasingly remote.

An announcement from President Obama giving undocumented immigrants an administrative reprieve from deportation would set the newly installed Republican majority in Congress aflame. But this redounds to his — and the Democrats’ — benefit. The more extreme Republicans’ rhetoric on immigration in the lead up to 2016, the more likely these voters will stay in the Democratic camp, spelling doom for the GOP’s presidential prospects.

The immigration debate of the last few years has given a platform to xenophobes like Iowa Representative Steve King, who said that for every child of an undocumented immigrant who becomes valedictorian, “there’s another hundred out there who weigh 130 pounds — and they’ve got calves the size of cantaloupes because they’re hauling 75 pounds of marijuana across the desert.” But it hasn’t just been the stray extremist tarnishing the GOP brand. House Republicans passed a bill calling for the deportation of all undocumented immigrants, as well as children brought to the U.S. as minors.

Despite significant differences between the various national-origin groups — born citizens, Puerto Ricans arguably have no stake in the immigration fight — Latinos tend to see Republicans’ position on immigration as dispositive; broad-based attacks on immigrants tend to reinforce Latino pan-ethnic identity. While George W. Bush won 44 percent of the Latino vote in 2004, since then the GOP’s anti-immigrant rhetoric and failure to move immigration reform forward have strengthened Latinos’ alignment with the Democratic Party. Mitt Romney’s “self-deportation” stance led him to secure a mere 27 percent of Latino voters in 2012.

In 2006, only 49 percent of Latino voters identified or leaned Democrat. Now, in part on account of the immigration debate, 63 percent do. Even Cubans, who have traditionally voted Republican, are now more likely to register as Democrats than Republicans.

Strong executive action from President Obama on immigration, and the resulting Republican freakout, will only cement Democrats’ standing with Latino voters. Progressives may be downtrodden after yesterday’s defeat at the ballot box, but if the president plays the long game, the future looks bright.