I was once a climate change denier

I'm a scientist now, but the embarrassment lingers. Here's why I let myself be duped -- and how I came to my senses 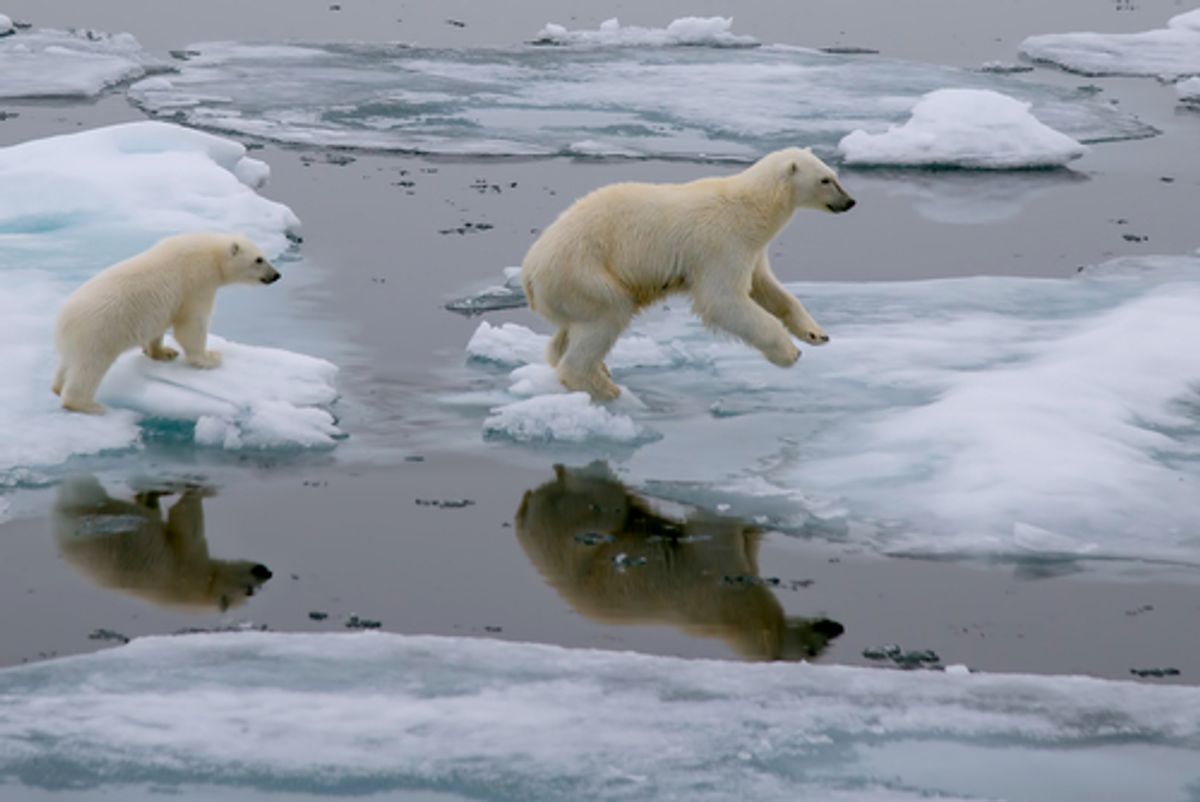 [Editor's note: This story first appeared on ScienceWriters.ca. The Tyee republishes it here with permission.]

I, a scientist with a PhD in microbiology and immunology, was a climate change denier. Wait, let me add, I was an effective climate change denier: I would throw on a cloak of anecdotal evidence, biased one-sided skepticism and declare myself a skeptic. Good scientists are skeptics, right? I sallied forth and denied every piece of evidence that was presented to me for a relatively long time.

It feels strange when I look back -- I inadvertently fell into almost every pitfall of pseudoscience, shutting my eyes and repeating a series of mantras, such as "I don't believe it!" "Why does it even matter?" and "I don't care!"

Thankfully, those days are over, but the memories linger. Although the evolution of my thought -- from ignorance, to denial, to skepticism and finally to acceptance -- was a continuum. In retrospect, I can distinguish certain phases that are worth listing and discussing. I hope my experience encourages others to loosen up some strongly held beliefs and listen to the din of evidence.

Here are the prominent phases of my climate change denial:

The 'We have bigger problems' phase

Being a biology and ecology geek in high school, my mind nurtured environmental concerns, especially in my birth country of Iran where air and environment pollution, uncontrolled hunting, deforestation and desert formation are rampant. When I first heard about climate change through media (nothing had been taught in school), I couldn't help but see it as a distraction from more immediate issues -- poverty, childhood mortality, wars and conflicts, pollution, and so on.

It bothered me to think of countries coming together over such a hypothetical long-term effect while children die of preventable causes. This phase slowly transformed into…

The 'It's all a conspiracy!' phase

The conspiracist in me intensified after I read the novel State of Fear by Michael Crichton, a science-fiction author of Jurassic Park and The Lost World whom I adored during my teenage years. State of Fear had a very science-y look with references, graphs, arguments and counter-arguments. Its thesis was that the media exploited global warming to keep us in a state of fear and guilt over the very act of being human. And then, I moved into…

The 'OK, it may be happening, but who knows if it's our fault' phase

As time went on, I was exposed to more and more evidence in support of climate change that I could no longer deny. I had no choice but to adapt my theory and finally admit to some sort of climate change. "OK, it may be happening, but how can you tell if it's our fault? We lack a control Earth!"

To back myself up, I clung to a variety of fringe arguments: "It's the sun!" or "We can't trust the measurements!" or "It has happened before! It's normal!" and so on. (You can find a long list of common climate change myths debunked here and a shorter version here. Right now the list counts up to 176. New ones are added often.)

Some studies have suggested that people who believe in one conspiracy theory often believe others as well, even if they contradict one another. This is usually because the conspiracy theory needs to be strengthened in the face of every new piece of contradictory evidence. Once you fall into the trap of believing that a huge sinister organization can perform an action so perfectly-yet-covertly, you tend to believe other conspiracies are plausible.

Thankfully, I avoided the meta-conspiracist delusions. During these years, I actively discussed and argued with other conspiracy theorists and deniers, especially on biology and health-related issues such as evolution, immunization and genetic engineering. Still, I kept adapting my own denial strategy, eventually leading to….

The 'It's not that important' phase

This became a recurring thought supplied by my lack of knowledge and failure to see the impact that climate change has on the environment. I kept referring to other pressing and more tangible global issues. I was blind to how the pressing environmental concerns of today -- energy, water, pollution, sustainability -- were actually in harmony with actions needed to fight climate change. This can be clearly seen in United Nations' new sustainable development goals and their special focus on climate change.

Finally, I crawled into…

The 'Maybe I'm a denier' phase

No singular bit of evidence unequivocally proved to me that humans were responsible for climate change, which makes sense if you're a science nut like me. Science works on multiple proofs. One experiment or piece of evidence supports a theory, it doesn’t prove anything.

Over time, as different researchers gather more evidence, a theory becomes refined and a more acceptable explanation for natural phenomena. It also took time because I was never astonished by a piece of evidence or a big news story; when you are in denial, evidence is unlikely to change your mind. On the contrary, it might persuade you to cover your ears and pretend you're not listening. Believe it or not, there exists a "Flat Earth Society," and no, I won't link to it.

So what happened to me then? What was the revelation? How did I enter…

The 'Tear down the conspiracy wall!' phase

I began to actively pursue knowledge on how to discuss climate change with conspiracy theorists (the ones who believe in conspiracies in principle and therefore are more likely to be climate change deniers) and I realized my strong-held beliefs and stubbornness matched the same criteria as the people I was trying to convince. I was a denier myself.

I created a list of every question and doubt I had about the physics, chemistry, biology, economics and politics of climate change, and I started reading. I took online courses. I listened to podcasts. Every myth in my head popped and floated away. I learned that cosmic rays cannot account for the current patterns of climate change; that low and middle-income countries and their fragile economies are actually more vulnerable to climate change than high-income countries and should care more about it; that climate change could be accelerating desert formation; and finally, that pushing for renewable energies and sustainable development is in harmony with combating climate change.

It all made sense without the need for an Evil Monster Corporation hiding a big truth or pushing a secret agenda. I was conspiracy-free!

No human is free of bias. There could be certain social, political and even personal circumstances that would stiffen a thought or belief in one's mind. It takes effort try to identify our biases and rid ourselves of them, or at least be conscious of them. But it's definitely worth it.