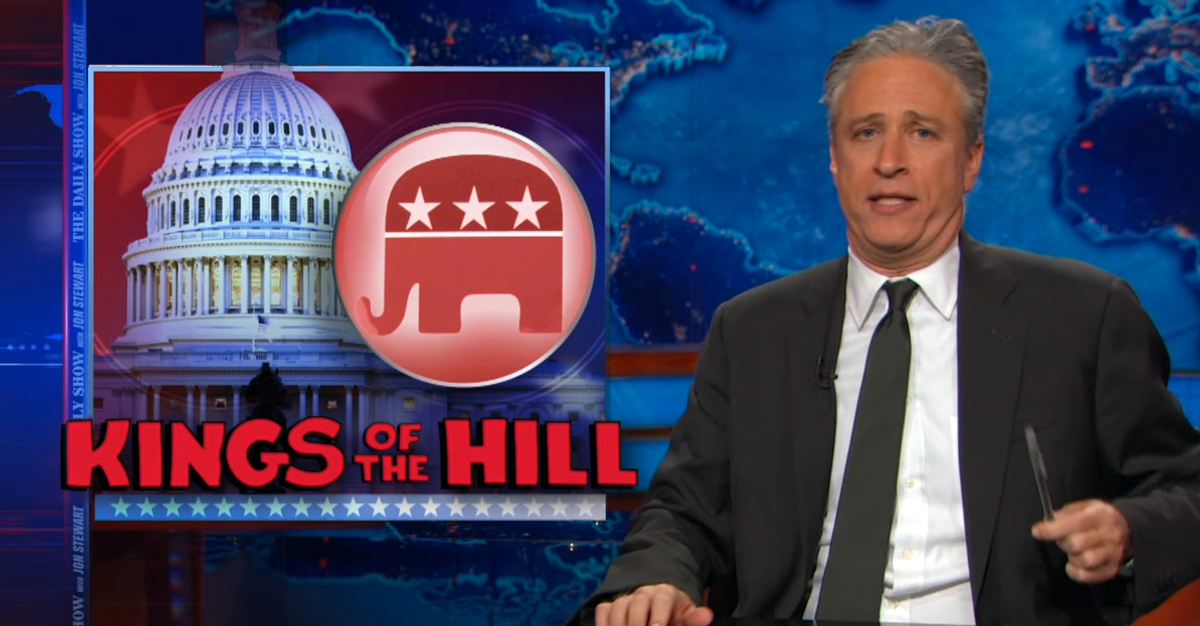 On Wednesday night Jon Stewart responded to the "tectonic skullf**king" that was the GOP takeover of the Senate, the House of Representatives, many state legislatures and governor seats.

He also lampooned the GOP for their sudden talking point of cooperation and bipartisanship.

"Who the fuck are you people?" Stewart asked. "Wow, that would have sounded a lot better not coming from the guy who for six years has been one of the sole owners and operators of this country's perpetual conflictinators."

And here's more from Jordan Klepper: