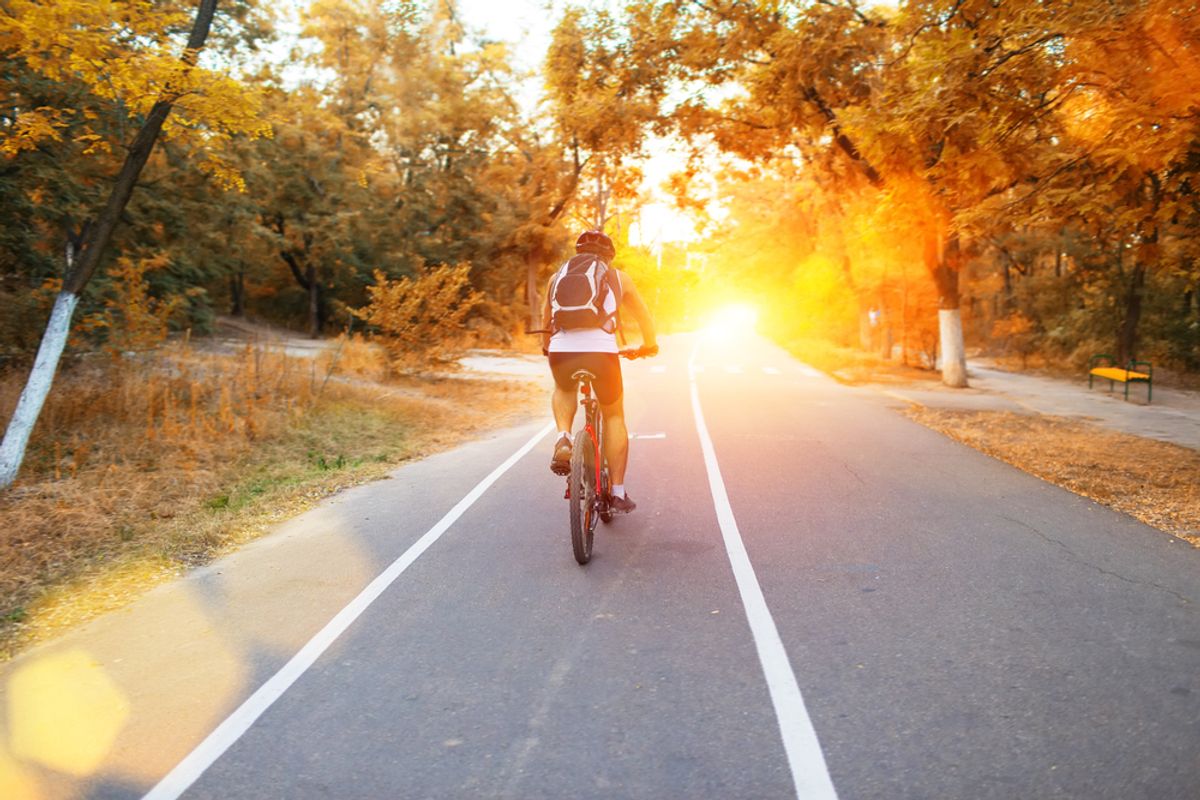 The Netherlands is set to unveil the world's first bike path with built-in solar panels: a 228-foot, $3.74 million project they're calling, gloriously, SolaRoad.

The path, the Guardian reports, is constructed from "rows of crystalline silicon solar cells, encased within concrete and covered with a translucent layer of tempered glass" that's strong enough to support the weight of a truck, and set at a slight tilt so that dirt can easily be washed off by the rain. An estimated 2,000 people already use the route to commute to work and school each day.

The SolaRoad itself is a modest achievement. The path won't be fully open until 2016, at which point it will provide enough electricity to power three homes. But the project, which was mainly funded through the public authority, is also the first physical manifestation we have of a much greater dream: its creators believe that up to 20 percent of the Netherlands' roads could one day become solar roads. At least theoretically, the potential is huge: the American engineers who are very enthusiastically pursuing a similar project of their own claim that, were we to panel the surface of the entire U.S. highway system, we'd be able to generate three times the amount of electricity we currently use.

Of course, we're not quite there yet. For the next three years, the SolaRoad team will be monitoring this test strip to see how it stands up, as well as how much energy it actually manages to generate. Hopefully, in that time, they'll also figure out how to make it cost-effective.