A new film attempts to show the downside of pornography, but instead revels the danger and sadness of sexual shame 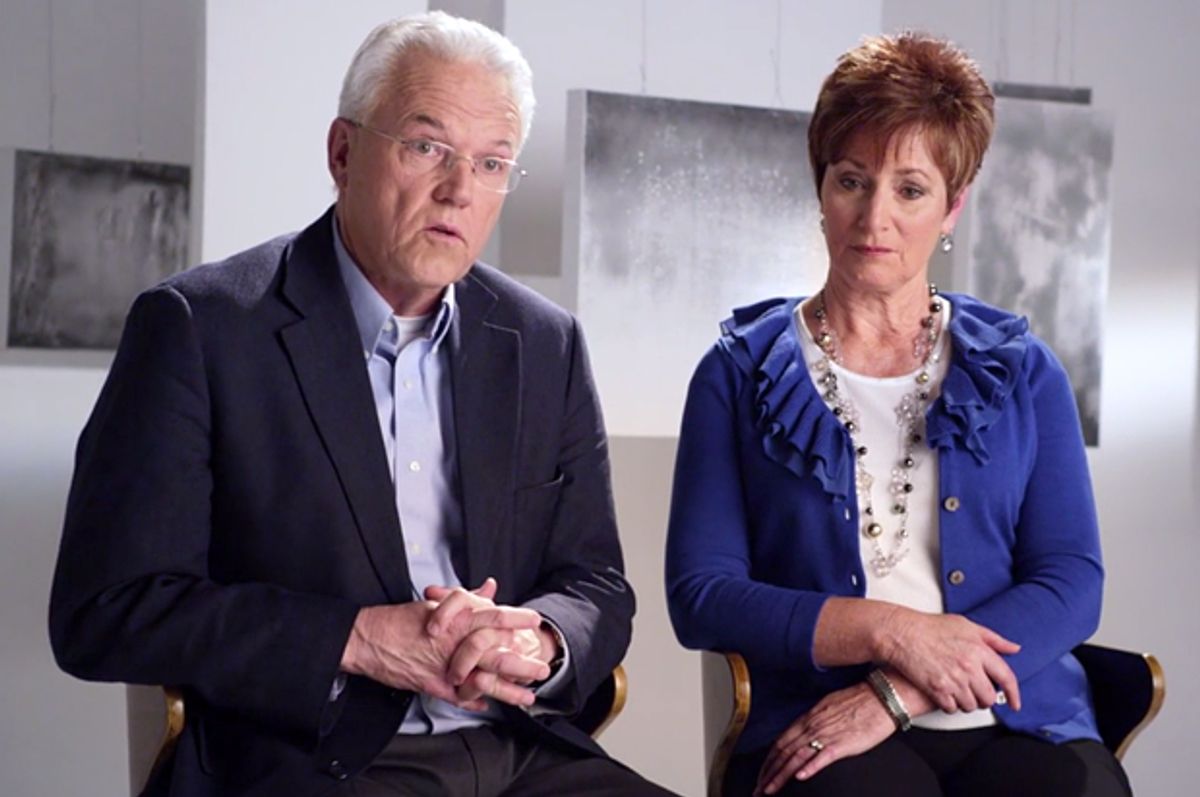 I was chagrined to get an email from Morality in Media this morning reading, “We at Morality in Media are sending this out to our friends in the press who we think might be interested in this new film.” A friend? Methinks someone needs to update their press list! The email continued, “It will be immensely helpful to the movement to end sexual exploitation and educate about the effects porn has on society. We think this film will give hope to those in the Church who are struggling with obsessive pornography use.” And who better to review it than this porn-watching, sex-writing atheist!

That is how I came to find myself watching the documentary "Heart of the Matter," which shows, in its own words, "what it is like to be Christian and addicted to pornography and sex." Well, here's the top-line summary: shame. Deep, cavernous, as in Grand Canyon-size, sexual shame.

The entire film takes place on a barren white stage with interview subjects seated on stools, ready for their confessions. One man says of his porn-watching, “I’d feel some relief and then immediately thereafter a deeper level of shame, a deeper level of guilt, a deeper level of self-loathing.” Says a younger man who appears in the documentary with his mom, who caught him looking at porn: “You just start feeling like a pervert. You start feeling like an alien inside your own house.” Well, yeah, I probably would have felt like a pervert too if my parents had gone nuclear when discovering my adolescent porn-browsing history. (Instead, they were super chill about it and explained that they didn't want adult material to distort my view of sex, which was a healthy, beautiful thing, et cetera, et cetera. And just look how I ended up! A sex writer who was recently told via Twitter, "You have no morals. You are the epitome of what is wrong with American society.")

Another theme in the film is the idea of pornography as an escape -- which sounds like a good thing to me, but it is a very bad thing, apparently. “When I found myself not involved in anything ... or even stressed out, at times in life you just sort of looked for that escape," says one man. Another: "For me part of the allure was it represented something that seemed like freedom. I grew up in a home that there wasn't much freedom. So seeing these people appear so free, there was a draw there." And just in case you thought I was exaggerating that this was a theme: "All those images were in my head and became a breeding ground, I think, for me to have a way of escape." In some ways, the film does a better job of arguing for the merit of pornography than I ever could. Here is one guy on why he started watching it: "It felt like a fun thing to do." Bingo!

For all of its conservative prudery, the film has the occasional moment that actually feel kind of progressive. For instance, there are women in the documentary admitting not only to watching porn but to being "addicted" to it. Ladies! Vagina-havers! Can you believe it? Says one young woman, who explains that her gateway drug was cybersex, "In the church there's this overlying excuse that says well boys will be boys, men are visually wired, that's why they struggle. When a woman hears that, it makes her wonder, well, then what's wrong with me?" Yeah, gurl, just get rid of all that sexual shame and you can totally come hang out in San Francisco with me and all my progressive feminist friends!

My heathen's takeaway from the film was that, yes, people can have very unhealthy relationships to both pornography and sex. But there's one thing that's more toxic than even that, and that's sexual shame.