Women don't like being catcalled by handsome men, despite what CNN's charlatan dating advice gurus might insist 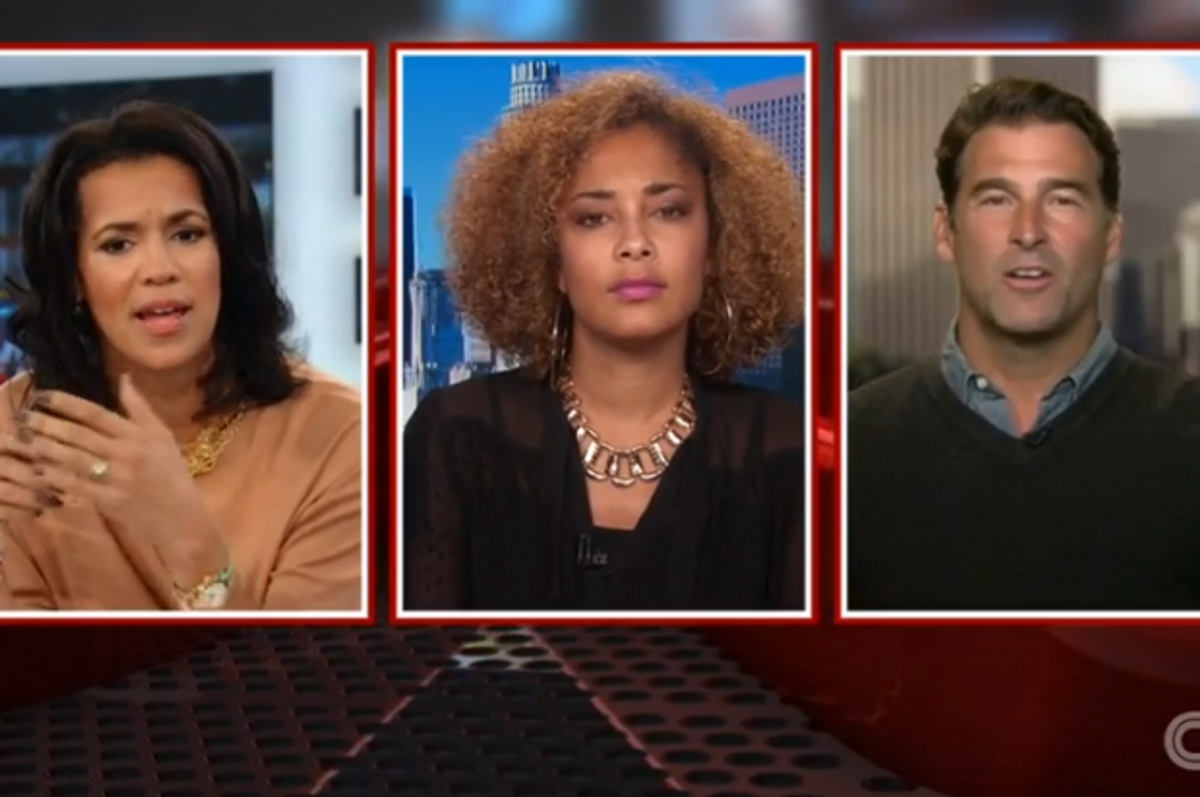 One of the most frustrating and common experiences of being a woman is having men tell you they know better than you do what women think and feel. By increasing the number of conversations people get to have, the Internet has also increased the number of opportunities women get to have men tell us what we’re thinking and feeling.

The most recent examples came at the behest of a viral video showing a woman walking through New York City and getting cat-called over 100 times in a 10 hour period. While many people wisely realized that having people demand your attention all day long sucks--imagine, if you will, if your phone rang with people trying to sell you stuff every 10 seconds--there were, of course, the defenders of the harassment. As Vox detailed, insistence that street harassment is just a compliment--which implies that women are feigning outrage to get attention and sympathy--was widespread on social media. It was aggravating, but hardly the only time women suffer through men telling us they know better than we do what we like and don’t like. So with that in mind, here’s a list of myths about what women are thinking—debunked.

A caveat: Of course, women are a diverse group and not everyone is thinking the same thing all the time. You can probably dig up a woman who did like having telemarketers ring her house all day long, because this is a wide world with lots of weird in it. But this is more about general myths about women vs. realities.

Myth #1: Women would love cat-calling if it was a handsome man doing it. CNN, for reasons still unknown, asked charlatan dating advice guru Steven Santagati to comment on cat-calling. “The bottom line is this, ladies,” he ranted, “you would not care if all these guys were hot. They would be bolstering your self-esteem, bolstering your ego. There is nothing more that a woman loves to hear than how pretty she is.” Luckily, the two women, Fredricka Whitfield and Amanda Seales, who were on-air with him strongly disagreed. Not that Santagati would be deterred from telling women what they think even if the face of women disagreeing.

He is not alone in this view. Conservative blogger Glenn Reynolds also declared “there’d be much less female outrage” at street harassment if it were “higher status” men doing it.

Truth: Women are not confused about what cat-calling is, which is imperiously demanding that someone drop what she’s doing to entertain a random stranger just because he wants it. This behavior doesn’t become cute just because handsome or successful men do it. I get cat-called by men of all levels of good looks, and it always makes me feel icky no matter who is doing it. The Internet is rife with stories of women who were inclined to look favorably on--or even be attracted to--a man, but who turned on him because he sexually harassed them. Disrespect is disrespect, no matter who it’s coming from.

Myth #2: Women are pre-programmed to seek “high status” men. Reynolds’ comment comes from a myth that flourishes in “pickup artist” communities, which is that women are not so much human beings but evolution-programmed robots who are instinctually drawn to the highest status man they can find, and all their behavior stems from this. This is how many a self-styled “nice guy” explains his lack of dating luck, by saying the problem is women are too busy chasing high status jerks to waste time on a nice guy like him.

Truth: This is one of those myths where there’s a kernel of truth that is wholly innocent and gets distorted in order to justify all sorts of misogynist behavior. Yes, it is true that women, as a whole, tend to be more drawn to men who are good-looking, confident, ambitious, or interesting over guys who are sloppy, insecure, lazy or boring. But if you give this myth a moment’s thought, it falls apart. Where’s the proof that less attractive automatically correlates to nicer? Who defines high status? The same woman who might be drawn to rock musicians probably isn’t going to be into stockbrokers. Does that mean the latter is lower status? No. Women, being human like men, are drawn first to things like having something in common. Yes, within your various subcultures, the good-looking and confident do better, but that’s not because women are shallow, but because they’re human. The only way you can actually be mad at women for wanting someone more attractive than less attractive is if you don’t think women are as entitled as men to have wants and desires.

Myth #3: Women live for men’s opinion, and therefore unsolicited comments and criticisms are welcome. Part of the defenses of street harassment as a “compliment” rests on the idea that women leave the house looking good for men, categorically. Not just some men or one man, even, but men, as a group, and therefore all men are entitled to weigh in on how they feel your performance rates. But this belief that women are interested in the opinions of all men at all times crops up in other places. I’ve had men tell me I wear too much makeup or too little makeup, that I should cut my hair or grow it out, that I should wear this or wear that, all unsolicited. The assumption is that, as a woman, I am automatically interested in hearing what men have to say about my appearance, because, they assume, I look the way I do for them. Nearly all women I’ve spoken to report the same.

Truth: Women find this incredibly annoying, especially since nearly all men who do it think they are speaking for men as a group, when it’s really just their opinion--and some other man will offer unsolicited advice saying the exact opposite. The non-committal “really, huh?” responses women give are not evidence they’re absorbing your powerful words, but that they are trying to make this conversation end as quickly as possible.

Myth #4: Women all think alike. The thing these myths have in common is a belief that women are all basically the same and yet also completely different from men: that all women want attention all the time, all women want the same thing from men, and all women believe their looks should be about what men want above all other considerations.

Truth: Not only are all women not alike, but no woman wants the same thing all the time from everyone. Just because I like it when my boyfriend says I look fine tonight doesn’t mean I want every stranger on the street yelling the same thing at me. I may ask a male friend for his opinion on my dress, but that doesn’t mean I care about what every man who sees me thinks. Some women think Jon Hamm or Denzel Washington is their idea of a sexy man, while some women are more drawn to Benedict Cumberbatch. Some women don’t even really want to have sex with men at all. (This, at least, is becoming universally understood.) The one thing women tend to have in common is that they want to be treated like the unique individuals they are.