Noam Chomsky on Russia: "The worst-case scenario, of course, would be a nuclear war" 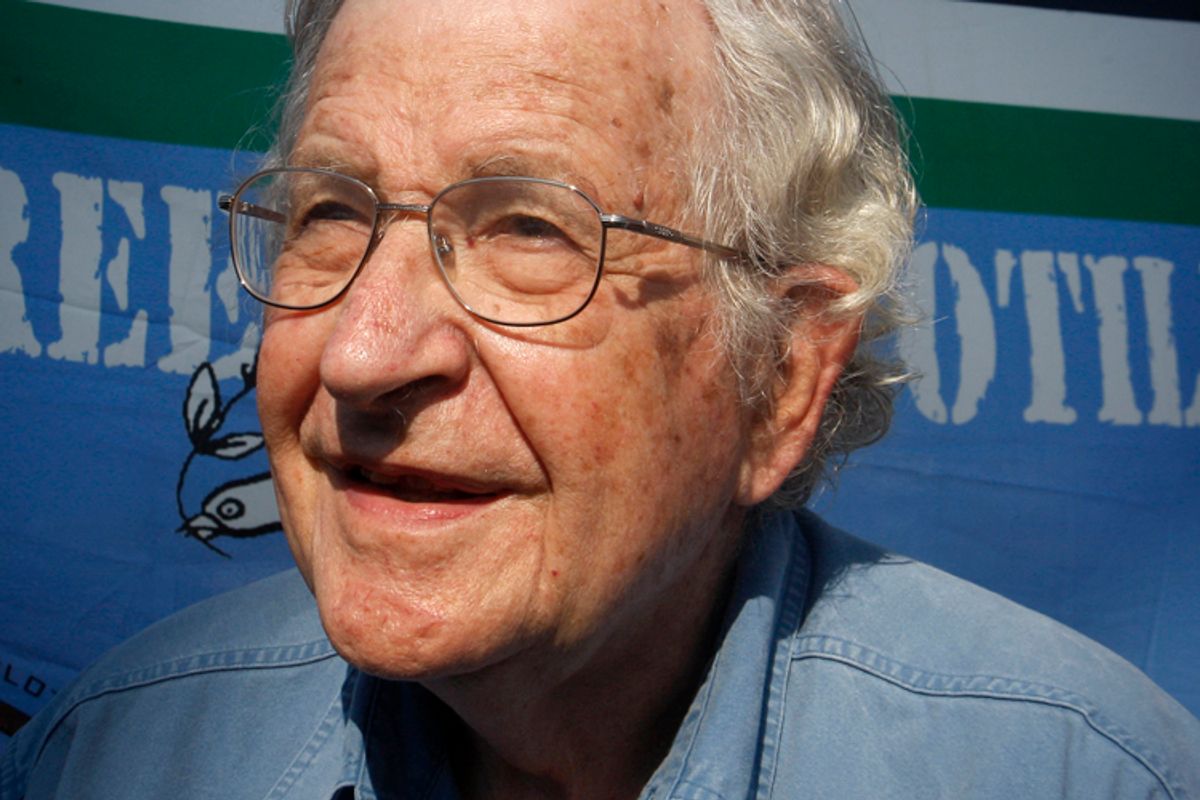 Brilliant linguist and political activist Noam Chomsky appeared this week on Russian network RT, in a nearly half-hour-long interview about U.S. foreign policy. He discussed everything from NATO, sanctions against Russia, the fight against ISIS and the worst-case scenario for declining U.S. and Russian relations.

In terms of U.S. relations with Russia, Chomsky had this to say:

"The worst-case scenario, of course, would be a nuclear war, which would be terrible. Both states that initiate it will be wiped out by the consequences. That’s the worst-case. And it’s come ominously close several times in the past, dramatically close. And it could happen again, but not planned, but just by the accidental interactions that take place - that has almost happened. It’s worth remembering that just one century ago, the First World War broke out through a series of such accidental interchanges. The First World War was horrifying enough, but the current reenactment of it means the end of the human race."

In terms of nuclear disarmament, Chomsky points out that great minds have been pushing disarming since 1955. He also reminds the audience that humans have come dangerously close to nuclear war:

"There have been many cases, not that serious, but pretty close, where human intervention with a few-minutes choice has prevented a nuclear war. You can’t guarantee that’s going to continue. It may not be a high probability each time, but when you play a game like that, with low probability risks of disaster over and over again, you’re going to lose. And now, especially in the crisis over Ukraine, and so-called missile-defense systems near the borders of Russia, it’s a threatening situation."

In terms of U.S. sanctions on Russia, Chomsky believes we are pushing them further east toward China:

"It can’t isolate Russia, but it could cause serious harm to Russia, but what it’s likely to do and is beginning to do - I’m not the only one to point this out, it’s obvious - what it’s doing, it’s driving Russia towards the East, towards closer relations with China. There’s plenty of hostility way back between China and Russia, but there are also some common interests, and the sanctions and other pressure against Russia are almost compelling Russia to move towards closer relations with China. China is the center of the Shanghai Cooperation Organization, a very substantial international system based on China, which includes India, includes Russia, includes Pakistan, includes the Central Asian States -- Kazakhstan, Turkmenistan and others -- it’s a big international system. Current Western policies are driving Russia towards closer interaction with this Chinese-based system."

When asked about ISIS, Chomsky quoted Graham Fuller on how the Iraq War helped create the Islamic State:

"What he says is and I’m quoting him: 'The United States created ISIS.' And then he goes on to say: 'The U.S. didn’t plan ISIS of course.' These conspiracy tales have no basis. But the U.S. actions in region, including the invasion, have created the circumstances, under which ISIS emerged, and I think he is correct. What happened is the U.S. basically hit Iraq with a kind of sledgehammer. U.S. forces instantly instituted a governmental structure, which was sectarian in nature, they designed a system with particular participation by Shiites and Sunnis in various proportions, but they had to be divided that way.

"That, along with the counter-insurgency operations -- there was of course resistance to the invasion -- counter-insurgency operations are always very brutal and destructive. All of this came together to create sectarian conflicts, which had not existed before. If you look back at Bagdad in 2000, Shiites and Sunnis were intermarried, living in the same areas, they often didn’t even know who’s a Sunni and who’s Shia, it’s kind of like knowing which Protestant sect your neighbor belongs to, you may not know and you may not care."

The entire transcript can be read here, and the interview via RT, can be watched below: