McCartney and Jagger reportedly turned their noses at a Dylan collaboration. Big mistake! 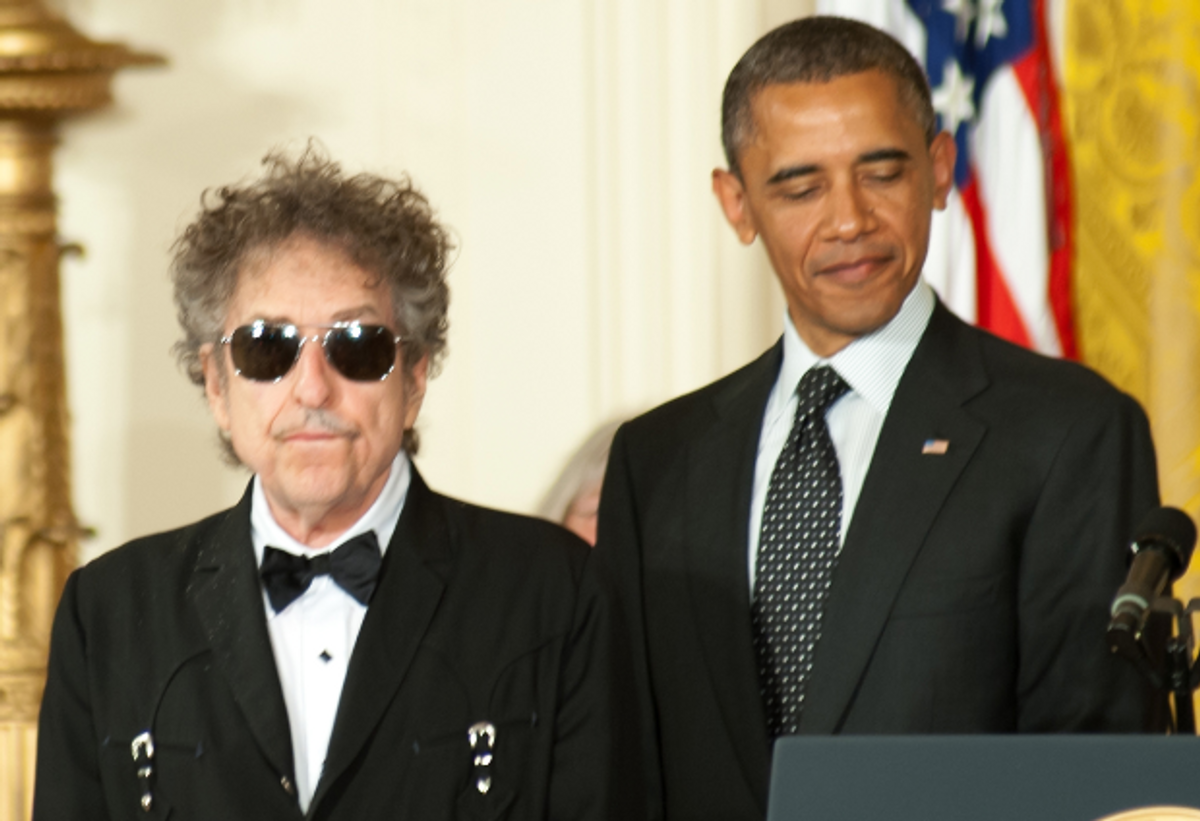 So it turns out that Bob Dylan wanted to make a record with the Beatles and the Rolling Stones, but Paul McCartney and Mick Jagger ruined everything for everyone. As Rolling Stone noted on Friday, producer/engineer Glyn Johns recounted the would-be collaboration in his new book, "Sound Man." According to Johns, Dylan pitched the idea of collaborating with the Beatles and the Stones during a run-in at the airport, because Bob Dylan is the kind of guy who makes things happen.

"[Dylan] said he had this idea to make a record with the Beatles and the Stones," Johns wrote. "And he asked me if I would find out whether the others would be interested. I was completely bowled over. Can you imagine the three greatest influences on popular music in the previous decade making an album together?

"Keith and George thought it was fantastic," he continued. "But they would since they were both huge Dylan fans. Ringo, Charlie and Bill were amicable to the idea as long as everyone else was interested. John didn't say a flat no, but he wasn't that interested. Paul and Mick both said absolutely not."

Big mistake, Paul and Mick. Dylan collaborations are the best. Thank you for ruining everything.

The most obvious best time Bob Dylan ever collaborated with anyone was with Johnny Cash on Nashville Skyline. This is the record when Dylan changed his voice for seemingly no reason except to mess with people. But it's an incredible record and happens to have one of my favorite Dylan songs on it. It also features him singing "Girl From North Country" with Cash, which is very great:

Then the next best Dylan collaboration is the Traveling Willburys. Remember them? Remember how every single person in the "Handle With Care" video looked happy and excited except for Bob Dylan, who looked very miserable? I mean, Roy Orbison and Tom Petty are like, Oh boy this is real fun! And then the camera pans to Bob Dylan and he's basically made of ice. It's the best thing:

The next best Dylan collaboration is when he collaborated with the Christmas spirit itself:

The next best Dylan collaboration is when Dylan's typewriter collaborated with Joan Baez in "Don't Look Back":