"The Colbert Report" smashes climate deniers once and for all

"Everyone who denies climate change has the same stirring message: We don't know what we're talking about" 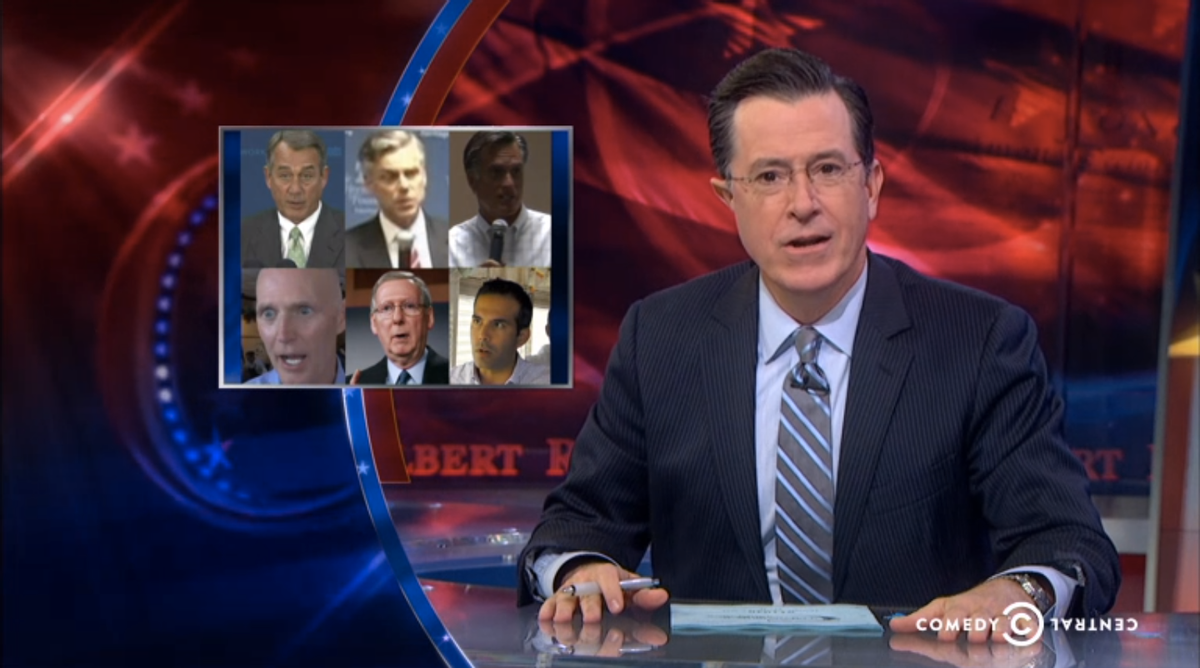 On Thursday evening's edition of "The Colbert Report," Stephen Colbert responded to the news that Sen. James Inhofe, one of the most fervent climate deniers, will soon chair the Senate Environment and Public Works Committee. To do that, he issued a much-deserved takedown of politicians who refuse to accept man-made climate change because they are not scientists.

"Everyone who denies climate change has the same stirring message: We don't know what the fuck we're talking about. I hope that these conservative leaders can inspire all the children out there watching to think to themselves, 'Hey, maybe someday I could grow up to be not-a-scientist."

"Remember, kids," he continued, "if you get unhooked on science early, then maybe someday you could lack any understanding of science and then grow up to be the chairman of the Senate Environmental Committee."