The one thing that could save the world: Why we need empathy now more than ever

Critics say that empathy clouds our judgment and distracts us from true morality. Here's what they're missing 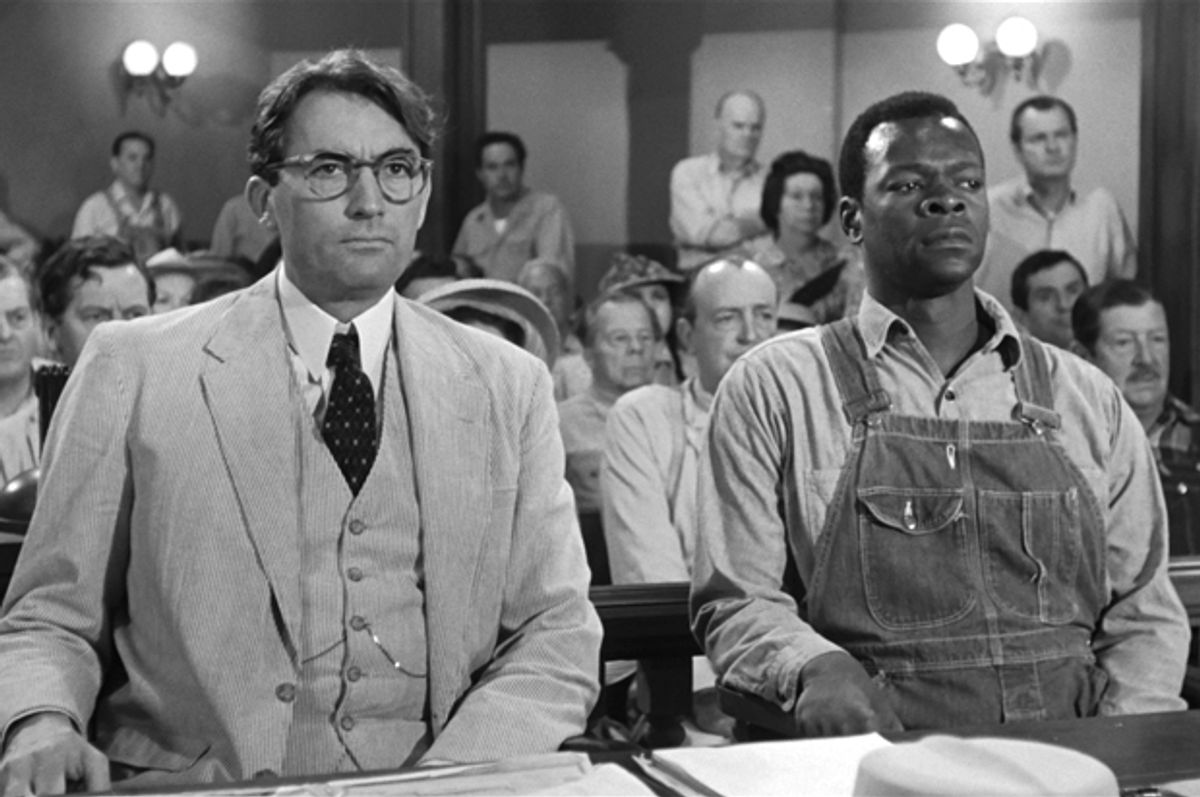 Gregory Peck and Brock Peters in "To Kill a Mockingbird"
--

Empathy is trending. President Obama wants to tackle America’s "empathy deficit," medical students routinely receive empathy training, and everyone from business gurus to the Dalai Lama have become its champions. The latest neuroscience research shows that 98 percent of us have the capacity to empathize wired into our brains and, like riding a bike, it’s a skill we can learn and develop. No wonder Google searches for the E word have more than doubled  in the past decade. The art of imaginatively stepping into another person’s shoes and seeing the world from their perspective is, it would seem, a most valuable and valued twenty-first century asset.

Not so, says Yale psychologist Paul Bloom, leading the counter-charge against empathy’s popularity surge. It is, he claims, a poor moral guide, lacking the power to inspire us to act on, say, child poverty or humanitarian disasters. "Our public decisions will be fairer and more moral once we put empathy aside," says Bloom, insisting we should instead, "draw on a reasoned, even counter-empathetic, analysis of moral obligation." But in doing so, Bloom creates a false – and dangerous – dichotomy between empathy and reason, and misses the long lesson from history: that time and again, empathy has played a crucial role in creating a democratic culture that respects human rights. So where have the critics gone wrong?

The anti-empathy brigade launch their attack with the claim that having too much empathy can lead to what Bloom calls "empathetic distress" or burnout. Yes, identifying closely with someone else’s pain and mirroring their emotions – known as affective empathy – can seem overwhelming. But according to altruism expert Daniel Batson  at the University of Kansas, there is no scientific evidence that those with high levels of affective empathy are less able to respond to other people’s needs: they are not paralyzed by their sensitivity – indeed many may be motivated by it. Moreover, people who need to keep a cool head when the emotional heat is rising – be they doctors, firefighters or social workers – know to draw, instead, on their capacity for cognitive empathy, an ability Bloom too easily sidelines. And there’s a crucial distinction between the two.

If affective empathy is our mirror for reflecting others’ emotions, cognitive empathy is, by contrast, a pair of shoes that invites us to imagine the world from their viewpoint. So the smart doctor aims not to feel her patient’s anxiety, but to understand it, so that she can respond appropriately. Every good parent teaches cognitive empathy to their kids: ‘Imagine how you’d feel if someone did that to you,’ we tell them as a first step in their moral education. Trying to understand others’ perspectives is an essential part of our emotional intelligence toolkit, and it matters all the more if their lives and needs differ from our own. As George Bernard Shaw quipped, ‘Do not do unto others as you would have them do unto you – they might have different tastes.’ Our cognitive empathy enables us to discover those different tastes.

A second charge against empathy is that it fails at a distance: we empathize more easily with people in our backyards, say the critics, so help our neighbors while ignoring earthquake victims overseas. This is muddled thinking. Proximity is clearly no guarantee of care: we can stroll past a homeless person on our street just as we can be stopped in our tracks by a news story about a woman in Japan left homeless by an earthquake. The real question is how to give people a human face, whether they are near or far, so we get beyond abstract statistics and stereotypes and can make an emotional connection with their lived reality. Without empathy, we could never explain the massive rise in humanitarian giving by individuals to developing countries since the end of World War II.

The strongest critique in the empathy wars is the risk of empathic bias: the concern that we are partial towards our in-group – people of a similar socioeconomic or cultural background to our own. Think of the judge who gives a more lenient sentence to a white-collar criminal whose educational background resembles his own. Empathic bias is real and it matters – but it means that we need to deepen, not discard, our empathy, by escaping the boundaries of our peer group. That’s just what the Eton-educated writer George Orwell did when, in the late 1920s, he swapped his natty suit for tramping clothes and lived amongst hobos and beggars on the streets of East London, an empathic immersion described in "Down and Out in Paris and London" that exploded his prejudices about the homeless. We might all learn from his example and get talking to the strangers on our doorsteps, whether it’s your new Afghani neighbor or the heavily tattooed woman who delivers your mail each day.

Our empathy is powerful but it is clearly not perfect. So should the critiques of Bloom and others convince us to cast our innate empathic abilities aside and rely, instead, on reason as our moral compass? This would be a monumental mistake, proving us blind to the lessons of history. Reason divorced from empathy was a speciality of the Nazis, who used reason to argue that Jews were subhuman and then codified it in the Nuremberg Laws. What made the Holocaust possible was the Nazis’ racial ideology that achieved one of the most successful erosions of societal empathy in political history.

There are positive lessons from history too. A growing wave of scholars, from the cultural historian Lynn Hunt to the arch-rational psychologist Steven Pinker, argue that democratic rights have been won when societies have extended their empathy to previously neglected social groups. Look no further than the 18th century humanitarian revolution, which generated the first campaigns to tackle child poverty, the anti-slavery movement and associations to improve working conditions. In "The Better Angels of Our Nature," Pinker points out it was rooted in ‘the rise of empathy and the regard for human life’, underpinned by the ‘reading revolution’ as literature opened up imaginations to previously hidden lives. When the public became sensitized to the suffering of marginalized groups, it spurred legislative reform. And this story has been repeated in struggles throughout democratic history, from women’s suffrage to gay rights and disability rights.

If there is one lesson that history teaches us, it is this: empathy cracks open the door of our moral concern, and laws and rights wedge that door open. Reason – embodied in laws and rights – and empathy are not, as the critics contend, polar opposites. They are in fact a democratic double act: like knife and fork, ball and socket, Fred and Ginger, they work best when they work together. As the cognitive linguist George Lakoff puts it, "Empathy is at the heart of real rationality, because it goes to the heart of our values, which are the basis of our sense of justice. Empathy is the reason we have the principles of freedom and fairness, which are necessary components of justice."

Cast empathy aside to lean on reason alone and we would become emotionally tone deaf and politically indifferent. That is not who we want to be and – more importantly – it is not who we are.

Roman Krznaric’s new book is Empathy: Why It Matters, and How to Get It (Perigee/Penguin, on sale Nov. 4). He is a faculty member of The School of Life in London and founder of the world’s first digital Empathy Library. Follow him on Twitter at @romankrznaric.