11 jobs where an honest day's work earns you poverty

The current minimum wage is a maximum shame on America. Just look at our fast food and casino workers 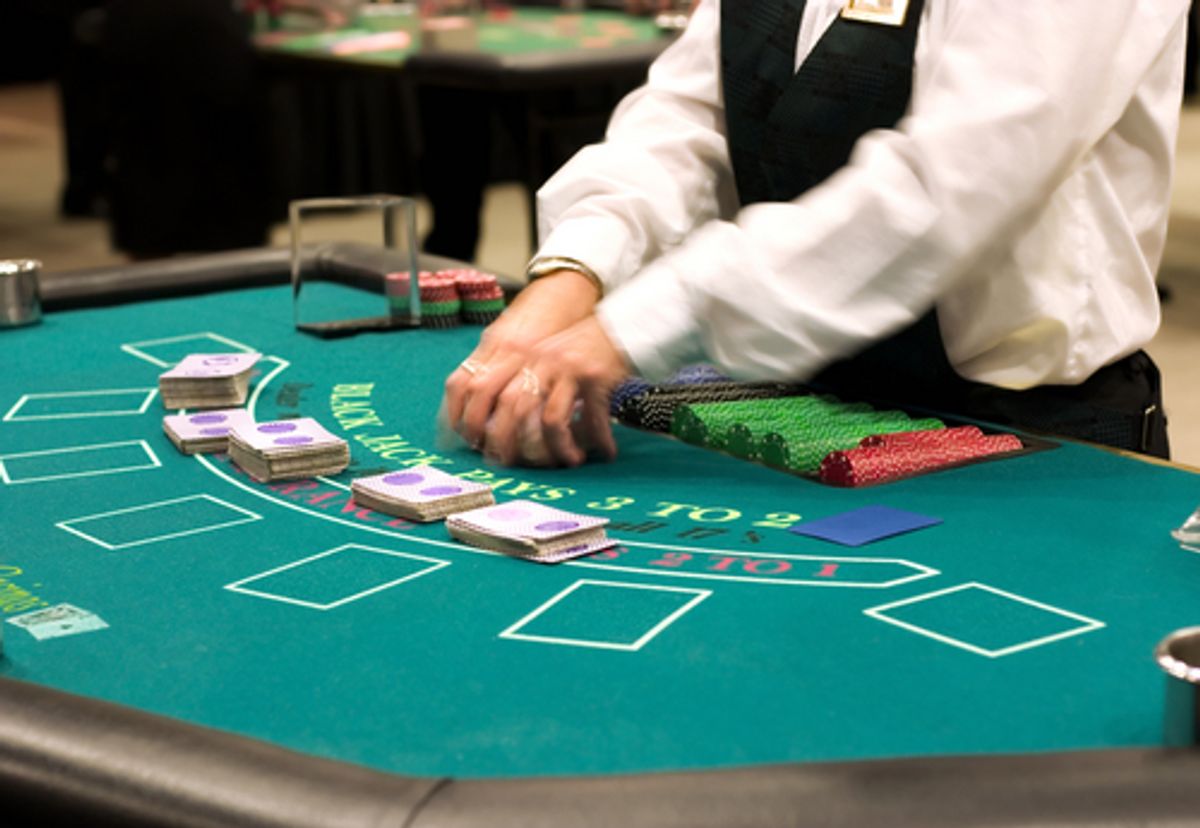 Why should people in the richest country on Earth toil long hours for wages that would make Charles Dickens recoil in horror? A lot of Americans have been wondering the same thing.

The Bureau of Labor Statistics reports that in 2012, 1.57 million Americans earned the minimum wage of $7.25 an hour. Millions more were just above that figure, and plenty actually ended up below it. Over 60 percent of the minimum wage earners in 2012 were in retail, or in leisure and hospitality, which includes hotels and restaurants. If we raise the minimum wage, an estimated 28 million will get a direct or indirect benefit, because when the wage goes up bosses often raise the wages of workers hovering right above the new minimum. So one in five American workers will take more money home. It’s not a silver bullet — employers will still try to avoid requirements by hiring contract workers and other tactics, and some workers will still end up exempt. But it’s a start.

As the fight for a raise in the minimum wage heats up, here’s a look at some of the hard-working people who don’t deserve poverty as the reward of an honest day’s work.

1. Airport workers: Union busting and shrinking public investment have taken their toll on America’s airport employees. LaGuardia Airport was built as a New Deal WPA project aimed at restoring hope and dignity to American workers (and boosting the economy in the process). But today, thousands of airport workers make a miserable $8 an hour as cabin cleaners. They work at or near the minimum wage with zero health benefits, as do many other cleaners, baggage handlers and other airport workers across the country.

2. Big-box store employees: Millions toil in the aisles of Walmart, Target, Home Depot, and other giant retailers for wages set at or near minimum wage. When you factor in rampant wage theft and other predatory practices, many make even less. That's why in recent years, many cities such as Washington DC have taken action to demand that they raise wages while the federal government gets its act together. Home Depot, whose founder, Ken Langone, is among the most reactionary capitalists in America, loses no opportunity to voice his opposition to paying workers a living wage. His net worth is $2.1 billion. Does that make him a maker or a taker?

3. Casino workers: Pity the poor suckers losing money at the blackjack table, but pity the dealer, too. Many casino jobs, like dealers and drink servers, are either minimum wage or just a notch above, and the people doing them often have to put up with drunk, grabby customers, long hours on their feet and mushroom clouds of smoke. Often these employees depend on tips to support their livelihoods, but those working at the lower-end facilities have a hard time making ends meet even with tipping customers. In some states, like casino-packed Louisiana, these tipped workers can be paid as low as $2.13 per hour. That’s hardly a winning number.

4. Fast-food workers: You’re eating, but the person ringing up your order may be working for near-starvation wages. The median income of a non-managerial fast-food worker is a mere $8.94 an hour. The average age is 28, a far cry from the burger-flipping teen that living wage opponents pretend is the norm. About a quarter of these workers have children to support. More than half are female. The public cost of workers who can’t afford healthcare, or even food to feed their families, is enormous: nearly $7 billion a year.

5. Grandma’s aide: Home health aides, personal care aides and certified nursing assistants form a large group of minimum wage workers, and often they don’t receive overtime. Their industry is booming and they are saddled with increasing responsibilities, but they are still among the lowest-paid workers in the service industry. According to the National Domestic Workers Alliance, nearly one out of four home health aides earn below minimum wage.

6. Fishing industry workers: Jobs aboard fishing vessels, which include operating equipment, pulling in lines and preserving the catch, are among the most dangerous in America. Minimum wage laws do not apply to crew member jobs in the industry. Often wages are based on a share of harvest or a day rate. When you factor in the cost of equipment and gear the worker is expected to purchase, wages often do not even reach minimum wage. Abuses are common: some workers are little more than indentured servants, subjected to seven-day-a-week laboring and virtually kept prisoner on their vessels.

7. Truckers: Truck drivers are paid by the mile in an outdated type of payment known as piecework. Because the driver doesn’t get paid unless the wheels are moving, he or she often doesn't receive payment for such activities as refueling or unloading. Plus, the driver incurs expenses on the road that must be paid for out-of-pocket, such as eating meals out. Sometimes this leads to a pay scale that is below the minimum wage.

8. Construction and extraction workers: Day laborers and helpers are often the lowest paid workers on construction and extraction sites. They often work with hazardous material and perform dangerous tasks that involve being around things like scaffolds and explosives. Extreme temperatures are common. The median hourly wage for day laborers is $10. But the work is unstable and insecure, making it difficult for workers to struggle above the poverty level. Few have benefits — in many states, they are denied worker’s compensation because they are considered “casual” labor. The medical bills they incur from injury are anything but casual.

9. Nail salon workers: The beauty industry has an ugly side. The number of manicurists and pedicurists in the U.S. has tripled over the last two decades, and workers are often paid minimum wage, but some are not paid overtime or even allowed lunch breaks. They are also exposed to chemicals that may not have been tested for safety. The median hourly wage for manicurists and pedicurists was $9.24 in May 2012 (not including tips).

10. Farm workers: Many farm workers are paid not by the hour, but on the amount of work they do in piecework fashion, like buckets of berries. These workers who perform backbreaking tasks are hard-pressed to earn enough to make minimum wage. Employers are adept at skirting minimum wage laws and wage theft is a common problem.

11. Housekeepers and cleaners: They make the beds, but they often don’t make enough to live on. The case of an Indian diplomat accused of underpaying and abusing her housekeeper shined a spotlight on workers who are frequently mistreated. Housekeepers in the U.S. are supposed to receive the minimum wage. But live-in housekeepers (and other domestic workers) often can’t expect even overtime pay or basic labor protections. Some hotel maids earn tips (sporadic and often paltry), but maids in motels and bargain hotels often don’t receive any tips at all. In 2011, 10 percent of all housekeepers and maids who earned the lowest wages reported earnings of $7.81 per hour or less. Half made between $8.44 and $11.39 per hour.