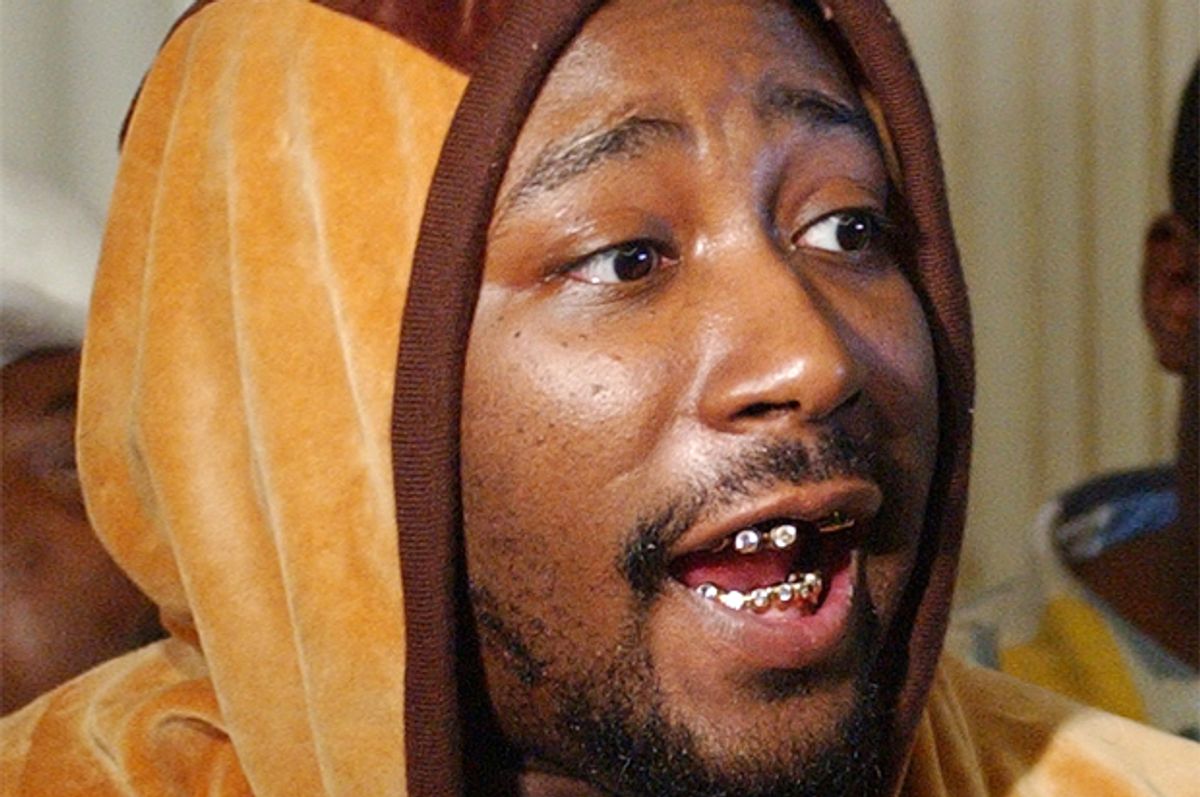 The stories about Russell Jones, known to the world as Wu-Tang Clan’s Ol’ Dirty Bastard, are the stuff of legend. He lifted a burning car off a small child with his bare hands. He rode in a limousine to pick up his food stamps. He thought the government was trying to murder him. He once slipped court-ordered rehab to appear at a Wu-Tang show and escaped before the police could catch him.

When he died of a drug overdose in 2004, Jones left behind a legacy of innovative lyricism that is often overshadowed by his personal life. From the first time the world heard Dirty—on Wu-Tang’s first single, 1992’s “Protect Ya Neck,” which would go on to appear on their breakthrough album “Enter the Wu-Tang (36 Chambers)”—it was clear he would reset expectations for hip hop. His acclaimed first solo album, “Return to the 36 Chambers: the Dirty Version,” produced by his cousin and Wu-Tang Clan-mate RZA, was met with critical acclaim, including a 1996 Grammy nomination and a four-star review from Rolling Stone.

In the new biography “The Dirty Version: On Stage, In the Studio, and In the Streets With Ol’ Dirty Bastard,” hip hop scholar and novelist Mickey Hess works with Buddha Monk, the rapper and producer who was also Jones' best friend and musical collaborator, to tell the frustrating, complex truth of ODB once and for all—his family, his addictions, the shootings, the arrests and how the antipsychotic drugs prescribed to him in prison dulled his genius when he emerged.

The book charts Jones’ musical and cultural influences from the burgeoning New York City rap scene of the 1980s, Kung fu cinema and the religious teachings of The Five Percent Nation, but also offers an unprecedented portrait of Jones’ inner life. Buddha Monk describes Jones as a man whose biggest vice was women, who craved privacy despite his on-stage antics and off-stage stunts, who maintained a deep loyalty to his working-class Brooklyn neighborhood and extended family, and who doggedly pursued perfection in the recording studio, if nowhere else.

Hess shared his thoughts on Jones’ legacy, co-authoring the book and the justified paranoia of hip hop artists who feel like police targets.

The process of writing this book, with you and Buddha Monk as co-authors, seems to have yielded a different book than most artist biographies or oral histories, which don't usually feature one primary source's voice. But it's not exactly a Buddha Monk memoir. What role did you take in shaping Buddha's memories into a comprehensive narrative?

It’s funny. I’d mapped out an outline of key events in Dirty’s life before I sat down with Buddha, and I found that really useful in making my way through Buddha’s reminiscences. We really don’t remember things chronologically, so sometimes when Buddha would say, “This was probably ’96 or ’97,” I could say “’98!”

The real tragedy of Dirty’s treatment by the press is that for the most part he was only in the papers for his outbursts and arrests, so when you outline his life in the headlines he looks like a mixture of a clown, or a thug, or a superhero, like his life was performance art—but when you read our book you learn how early Dirty got tired of being in the public eye, so it’s hard to reconcile those two versions of who he was.

Buddha’s role was to fill in all the humanizing stories from Dirty’s life outside the headlines. I also conducted some terrific interviews with Dirty’s widow Icelene Jones, to get her descriptions of Dirty’s life with her and his kids.

On one hand, it's an insider's look into the life of an enigmatic, mostly misunderstood public figure. On the other, it's also the specific story of the relationship between Dirty and Buddha. Did you expect that to happen when you two started working together?

From our first conversation, Buddha and I both envisioned Buddha as the narrator, so we’re presenting Dirty’s life through Buddha’s eyes. We also knew from the start that we needed to include the story of Buddha’s coping with Dirty’s death, and his mission to keep making his own music and keep Dirty’s legacy alive. We needed to account for the nearly 10 years of perspective Buddha has gained since Dirty’s death in 2004.

One thing that strikes me as funny about working on the book is that Buddha tells so many stories of him being left holding the bag on tour or in the studio when Dirty skipped a show or just didn’t feel like working. Then, when it started getting tougher to pin Buddha down to work on the book with me, I really came to experience the frustration Buddha must have felt! It actually helped me ask some key follow-up questions about how that tension between Dirty and him affected their relationship and their music.

It's true what you say about Dirty's public persona overshadowing his art in the press. Is he getting his due now? What is his legacy?

Vocally, his legacy has always been there. You hear him today in the rhyme styles of Danny Brown and even Nicki Minaj. I hope our book is able to humanize him a little bit more to people, since it’s from the perspective of someone so close to him. Buddha doesn’t pull any punches—you see him pissed at Dirty in plenty of moments in the book—but he does provide real insight into what Dirty was thinking in between those moments where he seemed to flare up in the press and become known more for controversy than music.

As a scholar or a fan, what did you learn about Dirty's personal or professional life that really surprised you?

His connection to Willingboro, New Jersey, which is just a few miles from Rider University, where I teach. Dirty used Willingboro as a place he could go to leave NYC, and the hub of the music industry, and be among friends. Some of my favorite scenes from the book take place in Willingboro.

Of Willingboro, this line is especially telling: "Dirty hated going home to New York because there was so much love in Jersey." Would a cashier at a Brooklyn McDonald's have called a radio station to brag that she just sold a Filet-o-Fish to ODB? That scene where the cops find him and his crew is ridiculous, it's straight out of a buddy comedy, but it's true, and the comedy of it hits hard because of how serious the situation is, because Dirty goes to prison.

Yep, that arrest actually took place in Philadelphia, just across the bridge from Willingboro and South Jersey.

Right, right. Buddha says the industry atmosphere in New York was bad for their music, and the more relaxed atmosphere of Willingboro helped them write.  What I loved discovering in this book is Buddha Monk and the role that he took not only in Dirty's personal life, but also professionally, in the studio. I really enjoyed following his progression as a musician and seeing through Buddha’s eyes what a perfectionist Dirty was, a trait that his style kind of obscures from the casual listener.

What's sad is watching Dirty's passion and perfectionism fade, as the shootings and prison time (and drugs) took a real toll on him.

I watched that clip of Dirty on MTV, telling Carson Daly's studio audience that he's been afraid of the government for years, and everyone's giggling, like "this paranoid guy thinks the government killed Tupac!" And then two years ago, the FBI files were released and we learned that the government was watching the Wu-Tang Clan. The scene where you and Buddha detail how the car chase and shoot-out with the NYPD Street Crimes Unit played out is especially chilling. Do you think the book will vindicate Dirty in the eyes of the people who assumed he was paranoid or mentally ill for believing that rappers were being targeted by the government?

The way the past few years have seen prosecutors use rap lyrics against defendants shows that there’s still something to be said for Dirty’s paranoia, and for hip hop’s sense of itself as uniquely targeted by law enforcement on a scale that hasn’t been the case for other subcultures. Even beyond the FBI files on Wu-Tang, we’ve seen plenty of evidence of police surveillance of rap artists. That culture, combined with being shot in two separate attacks—then shot at by the NYPD Street Crimes Unit, is enough to make anyone paranoid.