Democratic megadonor: Israel should "bomb the living daylights" out of Iran 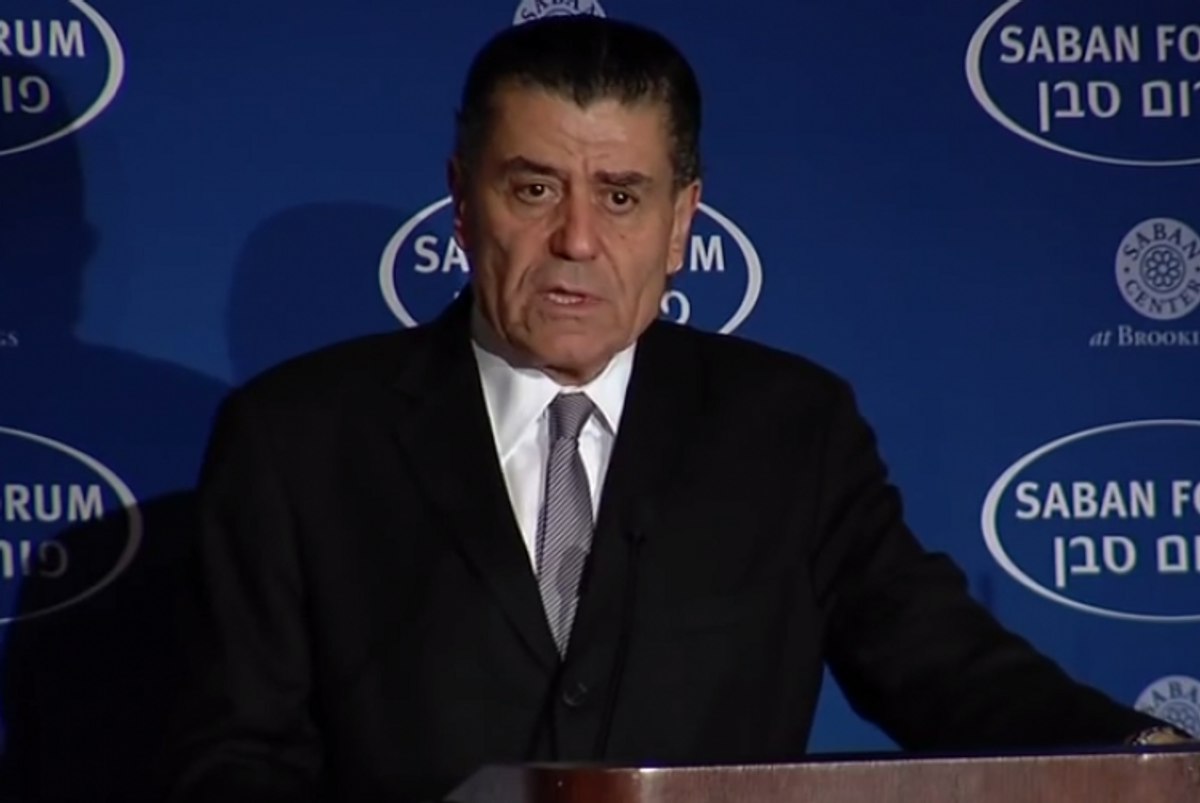 Billionaire media mogul and Democratic megadonor Haim Saban on Sunday suggested that Israel should "bomb the living daylights" out of Iran should negotiations over Iran's nuclear program produce a deal unsatisfactory to Israel.

The remark came at a joint Washington appearance with casino magnate and Republican donor Sheldon Adelson. Appearing before the Israeli American Council, the two men discussed Iran, the Israeli-Palestinian conflict, and the international Boycott, Divestment, and Sanctions (BDS) campaign targeting Israel. Naturally, Saban's bellicose rhetoric regarding how Israel should respond to the Iranian nuclear issue drew the most attention.

The "Power Rangers" producer said that if he were Israeli Prime Minister Benjamin Netanyahu and deemed a nuclear agreement with Iran a threat to Israel's security, Saban said, “I would bomb the living daylights out of these sons of bitches.”

Saban also endorsed legislation proposed by Republican Sen. Lindsey Graham of South Carolina that would subject an Iran nuclear deal to congressional review; diplomats face an impending Nov. 24 deadline to reach an agreement on the country's nuclear program. Moreover, Saban declared, the U.S. should preserve the military option as "a real option and not lip service."

Ranked by Forbes magazine as the 143rd richest person in America with an estimated net worth of $3.4 billion, Saban is among the most generous benefactors of the Democratic Party. A major backer of Hillary Clinton's 2008 presidential campaign, Saban also contributed heavily to groups supporting President Obama's 2012 reelection campaign. In an interview with the Washington Post on Sunday, he indicated that he's ready to contribute "whatever it takes" to elect Clinton in 2016.

“I have told her and everybody who’s asked me, ‘Whatever it takes, we’re going to be there,'” Saban told the Post. “I think she would be a fantastic president for the United States, an incredible world leader and one under whom I believe — deeply — the relationship with the U.S. and Israel will be significantly reinforced.”