Here's when you can expect the coldest day of winter

The absolute worst of the season, in one handy map 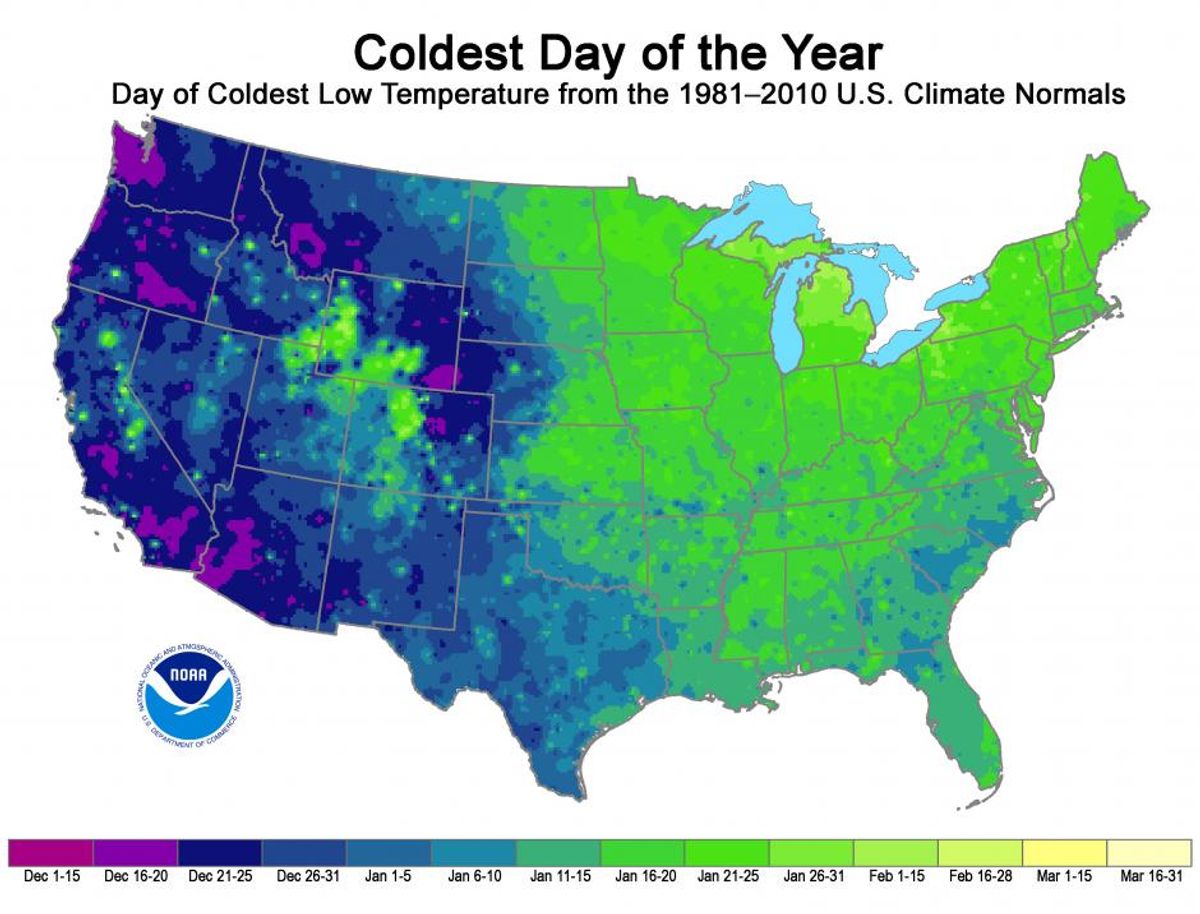 Welcome to winter -- it only gets worse from here.

Well, at least until the cold reaches its nadir, after which things'll start to warm up again. (Seasons are cyclical! Gets me every time!) If you want to plan ahead for that week when it'll be best to stock up on canned soup and not leave the house -- or for when you need to have your "yes, global warming is still happening even though you're cold right now" arguments rehearsed and ready -- the NOAA's National Climatic Data Center's got you covered. The image above (click to enlarge) maps data from daily low temperatures averaged out over the past 30 years, showing the typical "coldest day" for any given area.

As you'll notice, the Western U.S. usually hits its low point earliest, while those of us on the Eastern half won't see the worst of winter until January. NOAA also notes that regions that tend to get more snowfall, like the Northeast and high-altitude areas of the West, also reach their coldest day later in the year, "which is likely because of the increased reflection of solar radiation at the Earth’s surface due to the presence of snow cover."

The map can't account for upcoming polar vortexes or other surprise weather systems, of course. Something else the map leaves out that's worth remembering is that cold no longer means what it used to. As Climate Central explained during the heart of last winter's freeze fest, extreme, record-setting, tear-duct freezing cold is less common than it was even 20 to 30 years ago. And winter, as a whole, is slowly but measurably warming, at a rate of .61 degrees Fahrenheit per decade since 1970.