This is Fox News, not HBO! 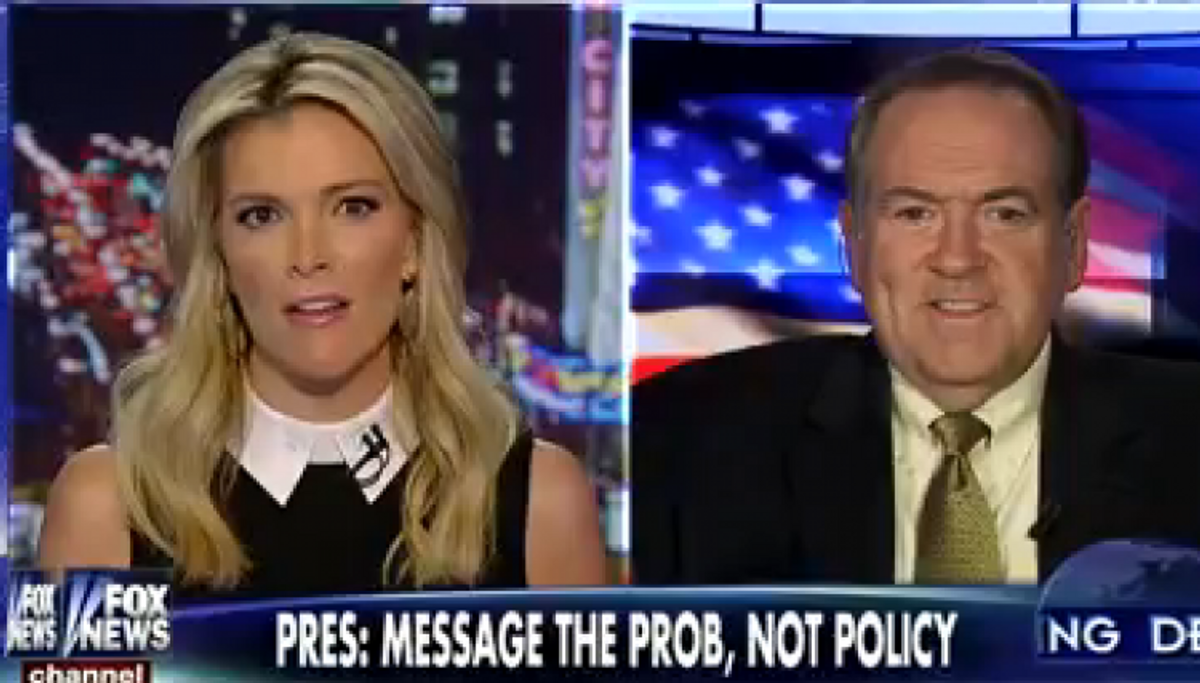 Fox News host Megyn Kelly had a bit of an R-rated moment on "The Kelly File" last night.

After the flub set off a mini-firestorm on Twitter, Kelly acknowledged the slip later in the program.

“Something else that happened on the program is also getting a lot of attention on Twitter and including this tweet from some nice man named Sean who said, ‘Megyn you’re a delight to watch and gave a stoic performance after your slip up with Governor Huckabee’s name.’ I thought I was stoic too – I have a heart of a 12-year-old boy,” Kelly said.

Watch the NSFW mishap below, via the Blaze: