Bill Nye: The pope's comments on evolution were "helpful" 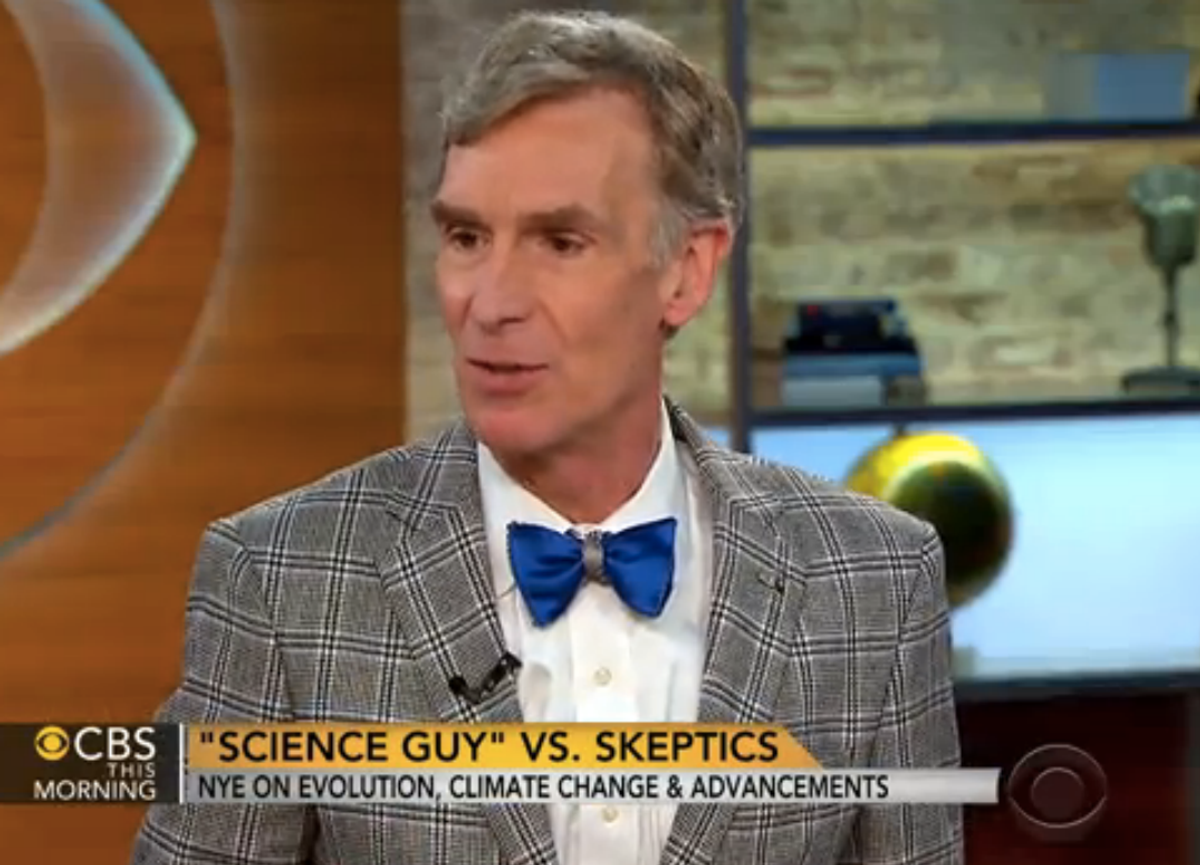 Bill Nye "The Science Guy" appeared on "CBS This Morning" to discuss his new book, "Undeniable: Evolution and the Science of Creation." Among other topics, Nye responded to Pope Francis' recent comments that God does not have a "magic wand," and that evolution and the Big Bang theory are true. Nye thinks the pope's comments were "helpful."

"To have [Catholics'] head guy say we're going to join the mainstream of scientific thinking is good," Nye stated.

The entire interview is a tad awkward -- almost hostile at times -- and CBS had a strange and problematic graphic that seemed to position creationism versus evolution as equal theories. As Nye points out in the interview, they're not.

"Whatever you feel," Nye stated, "the Earth is not 6,000 years old, and there was not a flood with every tree on Earth underwater 4,000 years ago."

Watch the video below, and read Salon's interview with Nye here: