If Piers Morgan wants his newest column to die, he will have to kill it himself 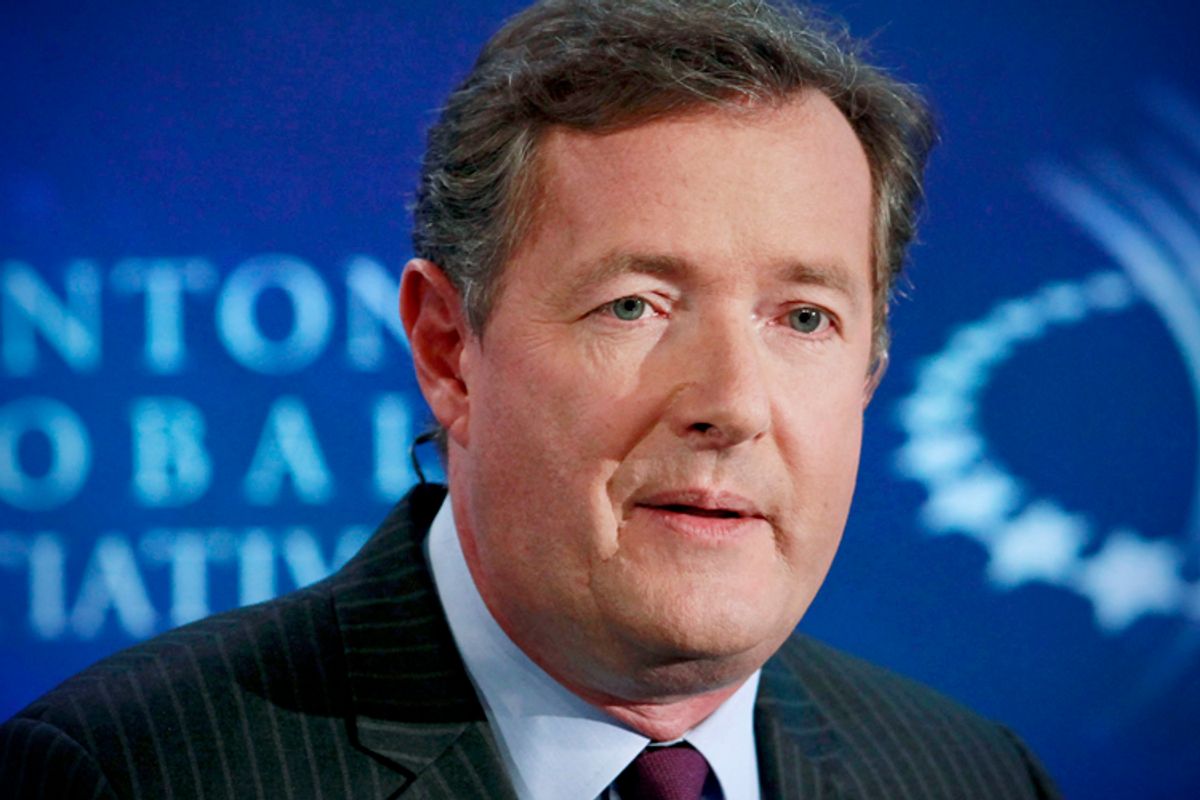 Ever since Piers Morgan's eponymous CNN show was canceled, the media personality has been looking for ways to make himself relevant again. One way is through his Daily Mail column in which he employs cliché after alliterative cliché in order to comment on the biggest stories of the day.

In the article entitled, "If black Americans want the N-word to die, they will have to kill it themselves," Morgan responds to a recent study which found that the n-word is used 500,000 times a day on Twitter, while "bro" and "dude" are only used 300,000 and 200,000 times respectively.

He proceeds to argue that the "grotesque, odious, evil stain on the English language" will never go away unless black people stop using it, and then uses slave imagery to make his point:

Mike Tyson, who uses the N-word a lot in his excellent autobiographical stage show – insisted: ‘We have to think about how this word originated, where it came from. Just because we stop saying it won’t stop them (white racists) from saying it. They’re mad because they say it’s a double standard if they can’t say what we say amongst each other? I don’t plan on stopping saying it anytime soon.’

I don’t think it’s a double standard at all...

Better, surely, to have it expunged completely. Eradicated, obliterated, tied to a literary post and whipped into such brutal submission that it never rears its vicious head again.

But this will only happen when America’s black community applies the same level of tolerance to its own use of the word as that now applied in the National Football League: zero.

Morgan argues that since he is white, he has no right to "demand" that a black person refrain from using it. "But as someone who believes passionately in civil rights, I just think it's the right thing to do." In a clever turn of phrase, he both relinquishes his right to make requests of an entire race while doing just that.

And Morgan got into a one-on-one debate with Ta-Nehisi Coates:

On Tuesday, Rebecca Carroll published a fantastic response to the column in The Guardian, in which she writes: "...it’s clearly not just a word, no matter what Jay Z says. It still has the power to strip away black people’s humanity, to remind us of our lesser-than status. But barring black people – and especially black men – from using the word in order to convince white people to finally stop is not the answer."

Now that a few days have passed, why won't Morgan apologize for the very poorly conceived article? Likely, because it achieved exactly what he wanted: