Colbert mocked the site for its botched Loretta Lynch story 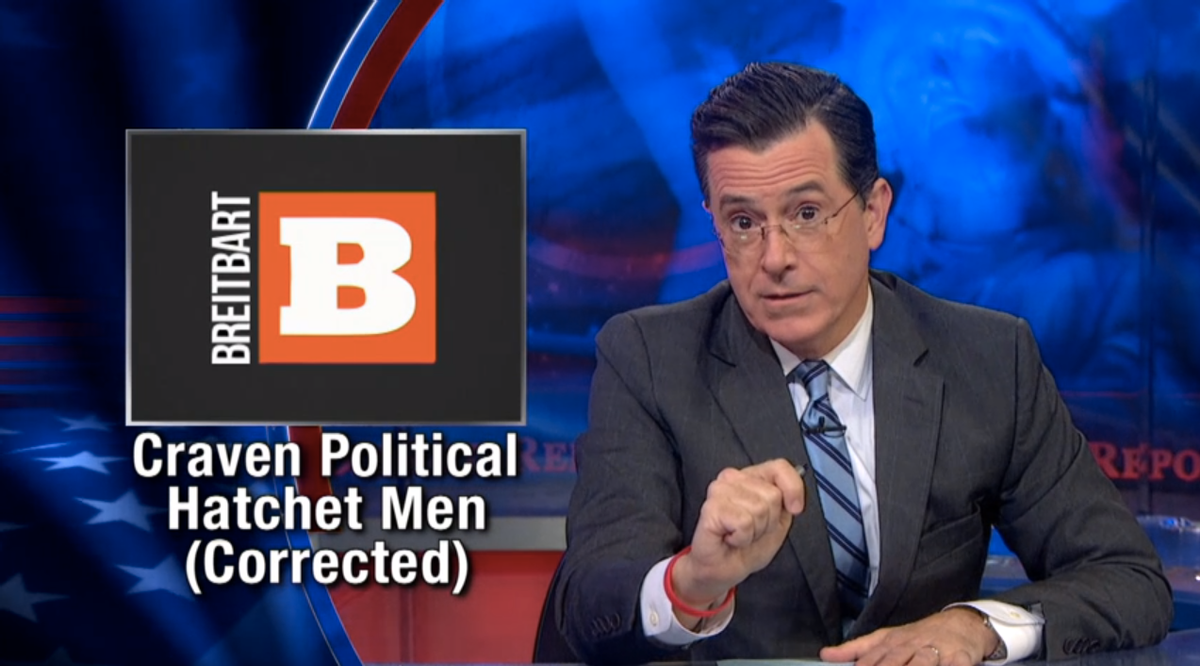 On "The Colbert Report" Tuesday night, Stephen Colbert mocked Breitbart.com for a botched article on U.S. Attorney Loretta Lynch, who was nominated for attorney general by President Obama.

A Breitbart reporter wrote a piece "exposing" Lynch as a Whitewater attorney, but had the wrong Loretta Lynch. Colbert explains that it only got worse from there, as Breitbart kept the article up, only changing the headline to add the word "corrected," and adding  a note at the end of the piece.

"You are craven political hatchet men," Colbert said of Breitbart. Watch below: