RIP, "the Ebola threat": How a toxic narrative served its political purpose

There are no cases of Ebola in the U.S., and panic seems to have subsided. It's almost like an election just ended! 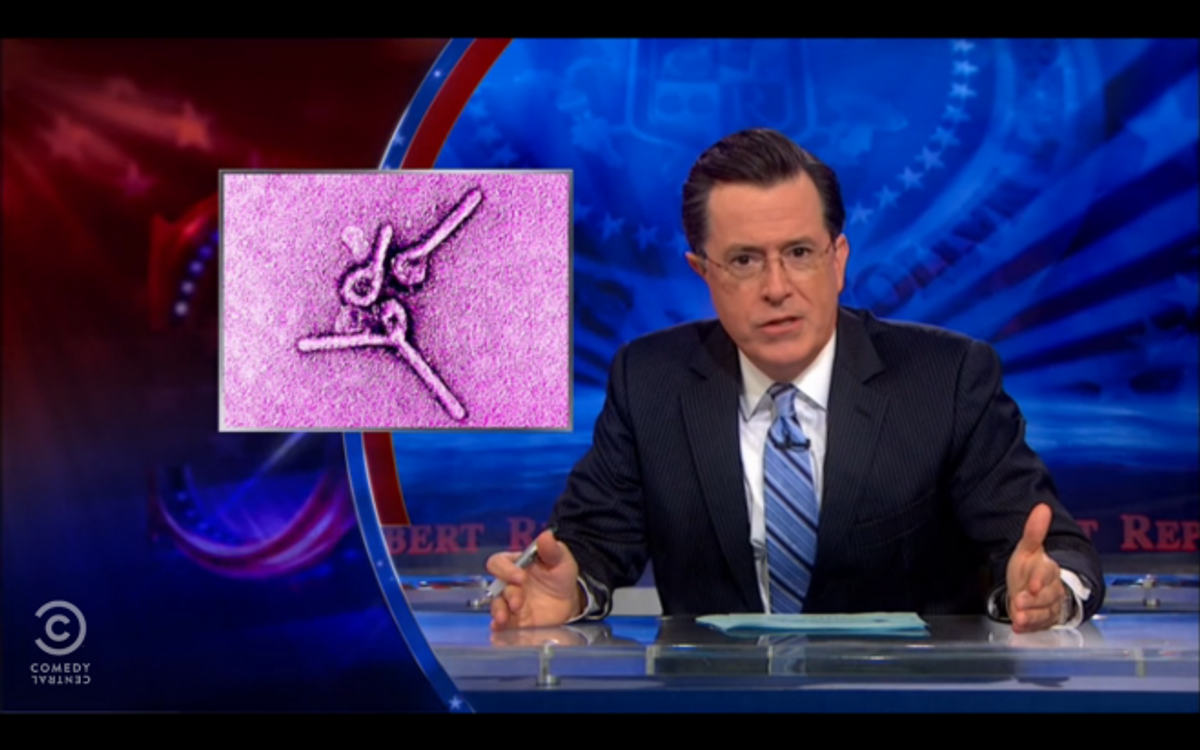 The Ebola was supposed to have killed us all by now. Or at least a couple hundred million of us, give or take. Jaundiced, hemorrhagic carcasses were supposed to be lining the streets, while the few survivors retreated to isolated bunkers in the Badlands or the Rocky Mountains to weather the storm and procreate for the eventual reconstruction of civil society.

If the level of attention and panic displayed in the media and in politics toward "the Ebola threat" were proportional to the reality on the ground, this is what America on Nov. 11, 2014, should have looked like: a nightmarish hellscape of near-extinction, somewhat comical in its rapid erasure of human progress. Of all the possibilities, it was the Ebola that did us in. Who'da thunk it? You just have to laugh.

As it stands, though, there are currently zero (0) cases of Ebola in the United States. Craig Spencer, the New York doctor who was isolated after testing positive for the Ebola hemorrhagic virus in late October, is now free of the virus. He has been released from the hospital and is being fêted. Look at him, hugging that big softie lug of a mayor they have in New York City. "It is a good feeling to hug a hero," the mayor said. Everyone's having a great time.

When news came out last night about Spencer's release, it was seemingly the first big news story about Ebola in the United States in the past week -- quite a change from even two weeks ago, and for weeks before that, when Ebola was the top news story in the United States. It was pure frenzy. After Spencer tested positive for Ebola, we had governors throwing healthy women in parking lot tents in Newark. That nurse, who bravely won her freedom, is apparently going to move from her home in Maine to get away from all the attention and start over. She needn't bother. The panic is over.

What happened in the last week or so to replace Ebola as the top headline? Last week's many political elections! A genuine news event that merits heavy coverage, sure. And now that's giving way to other immediate political concerns, like who's up and who's down for the 2016 presidential election.

Dare we suggest, though, that the Ebola fever was destined to break as soon as Election Day passed -- and the panic had served its purpose?

Ebola was the disease; "The Ebola" was the political vehicle through which rage against the Obama administration's incompetence could be channeled. The medical experts in our government bureaucracy were unsuited to the task, and this was microcosmic of the red-taped inefficiency and general fumblin' around that defines Big Government. The Ebola also served as a central, go-to component for the free riffing that defined Republican candidates' campaign rhetoric. Before the Ebola panic, these poor dears in the conservative party were stuck with flat, workmanlike imagery about ISIS terrorists crossing the porous border. The Ebola added that critical third dimension -- ISIS terrorists infecting themselves with Ebola and crossing the porous border.

A sprinkling of Ebola panic really helped the whole thing jump off the page. It helped the Republicans close out their campaign to retake the Senate, retain the House, and win something like a million state legislative bodies. It was potent. Democrats, in the last stages of the campaign, had recognized this potency and played along. Senate Democrats in tight races threw their weight behind silly ideas like shutting off all travel to the Western part of a continent. President Obama hired an "Ebola czar" from whom very little has been heard. Democratic governors were prepared to lock up healthy people in parking lot tents, too, if presented with such opportunities.

There may be more Ebola cases to come. But the experience with this first "wave" (of a few cases) should make it pretty clear that the American public health infrastructure is more than capable of preventing a serious outbreak. As in: Although it may have been caught a touch off-guard at first, "Big Government" righted the ship and proved its ability to clamp down on the problem. The public response has been a success. The CDC has done a Good Job.

Let this be a lesson. There's not a lot of trust out there in government to achieve results. Much of that is deserved. But when figures in the media, or in the Democratic Party, latch onto easy but not necessarily true narratives about how, say, the CDC's response to Ebola has been a debacle, it only accelerates these overly cynical impressions. It is fun to talk shit about the government. I have been known to do this myself. But to let narratives about the government's incompetent handling of "the Ebola threat" persist, when the government's response appears to have been relatively competent, damages the cause of those who believe that government can play a positive role in civil society.