A spaceship landed on a comet! The world reacts to this momentous occasion

Twitter erupted at the news; we need to harness this excitement for more exploration 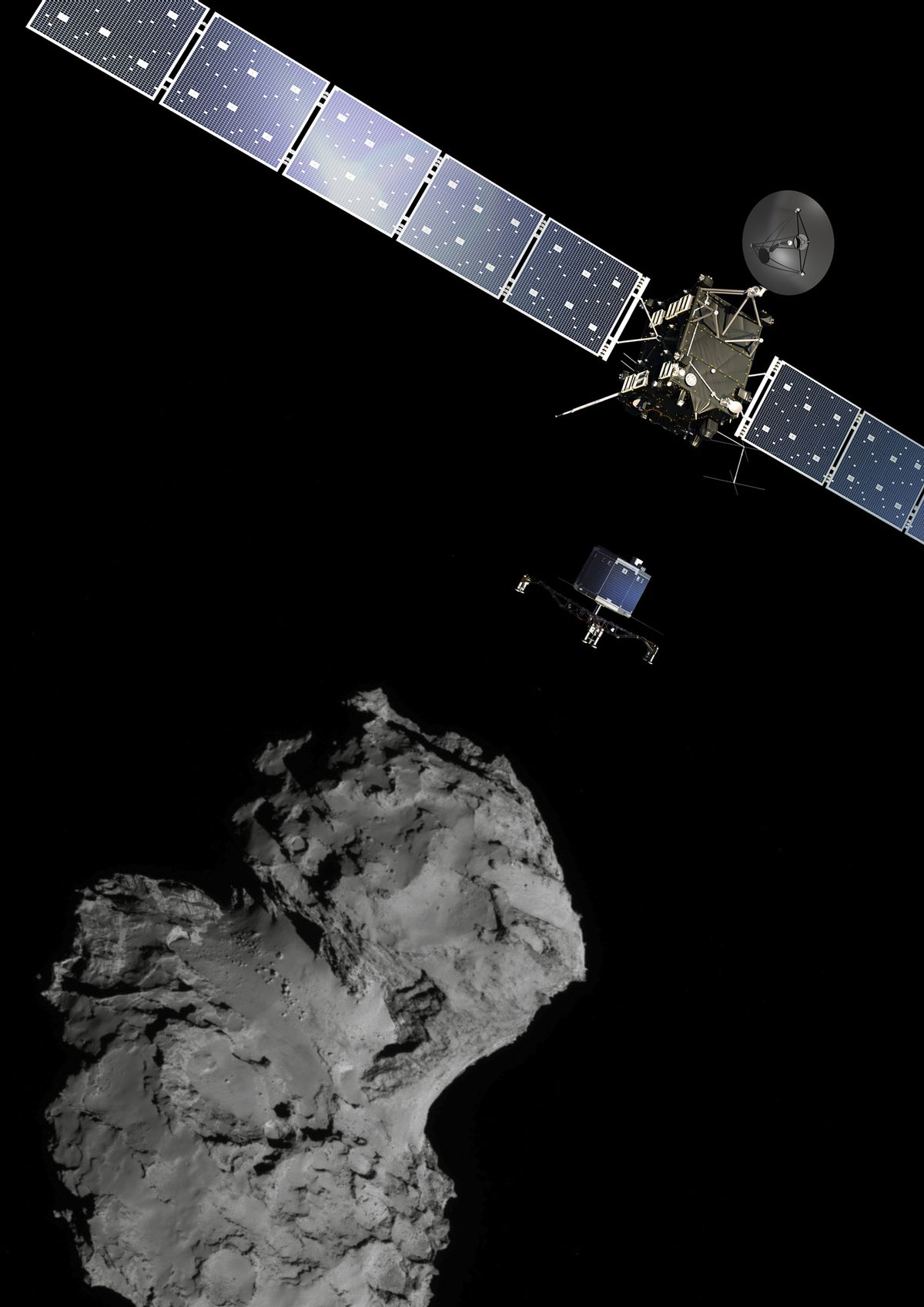 The picture released by the European Space Agency ESA shows the Rosetta mission poster which is a combination of various images to illustrate the deployment of the Philae lander to comet 67P/ChuryumovGerasimenko. from the Rosetta spacecraft. The image of the comet was taken with the navigation camera on Rosetta. On Wednesday, Nov. 12, 2014 the Philae lander landed on the comet. (AP Photo/ESA)
--

Shortly after 11:04 a.m. ET, cheering erupted from my computer. The sound of joy was coming from the European Space Agency in Darmstadt, Germany, where after a decade of work, a team of scientists received a momentous confirmation: They landed a spacecraft on a comet. After tense moments the Philae Lander separated from the Rosetta spacecraft and made a soft landing on Comet 67P.

I cheered gleefully right along with them. This is not just a huge boon for the European Space Agency, but for space exploration, science and humanity at large. The research being done by Philae will not only give insight to this comet's formation, and its chemical, mineralogical and isotopic composition. It could potentially help scientists figure out the origins of water and life on Earth.

Why push the boundaries of scientific exploration? Why search for Earth-like exo-planets? Why go to Mars? Why spend money on ESA or NASA? Why land a probe on a comet? Learning, exploration, knowledge, understanding.

Bill Nye summed up the importance of space exploration in a interview with Salon earlier this month:

"So what we hope in the future is to look for signs of life on another world, on Mars or Europa, the moon of Jupiter that has twice as much seawater as the Earth; it would change the world. It would change the way everybody feels about everything, the same way as learning the Earth goes around the sun and not the sun around the Earth. So, the big picture of space exploration, I think that’s a big part of our future.

This spirit of exploration, and sense of incredible accomplishment was not lost on some on the Twittersphere. Here are reactions to the comet landing:

And some jokes about the Philae's harpoons, which according to ESA did not shoot for an undetermined reason: