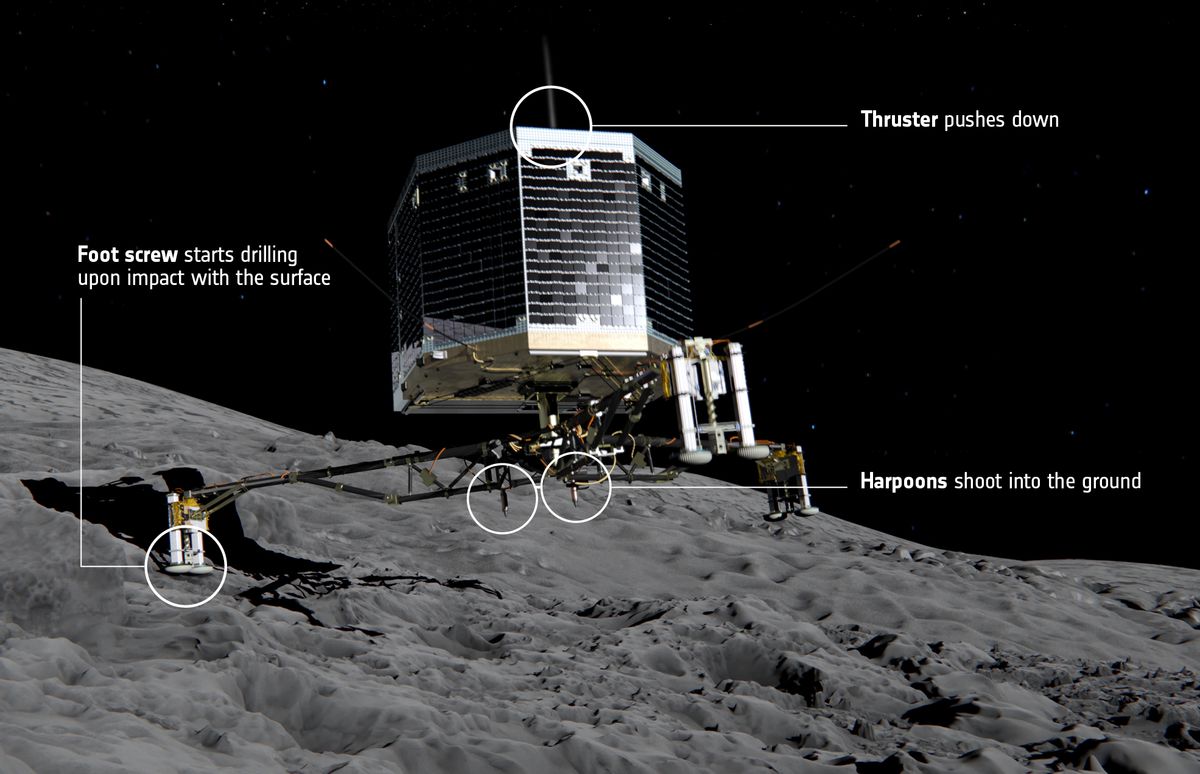 How Philae lands on the comet (ESA/ATG Medialab)
--

Update: Philae landed making it the first soft landing of a spacecraft on a comet in history!

The European Space Agency's Rosetta mission is in its final countdown to land the Philae lander on Comet 67P. If it is successful, this will be the first time that humanity has landed a probe on a comet. NASA, who played a role in the mission, explains:

"Rosetta is a spacecraft on a ten-year mission to catch the comet "67P/Churyumov-Gerasimenko" (C-G) and answer some of our questions about comets. Rosetta will be the first spacecraft to soft-land a robot on a comet! Rosetta will also be the first spacecraft to accompany a comet as it enters our inner solar system, observing at close range how the comet changes as the Sun’s heat transforms it into the luminous apparition that has frightened and inspired people for centuries."

Or as Neil deGrasse Tyson put it: