Amazon's dirty energy problem is about to get even worse

While the rest of the Internet goes green, Amazon's bringing its next big data center to coal country 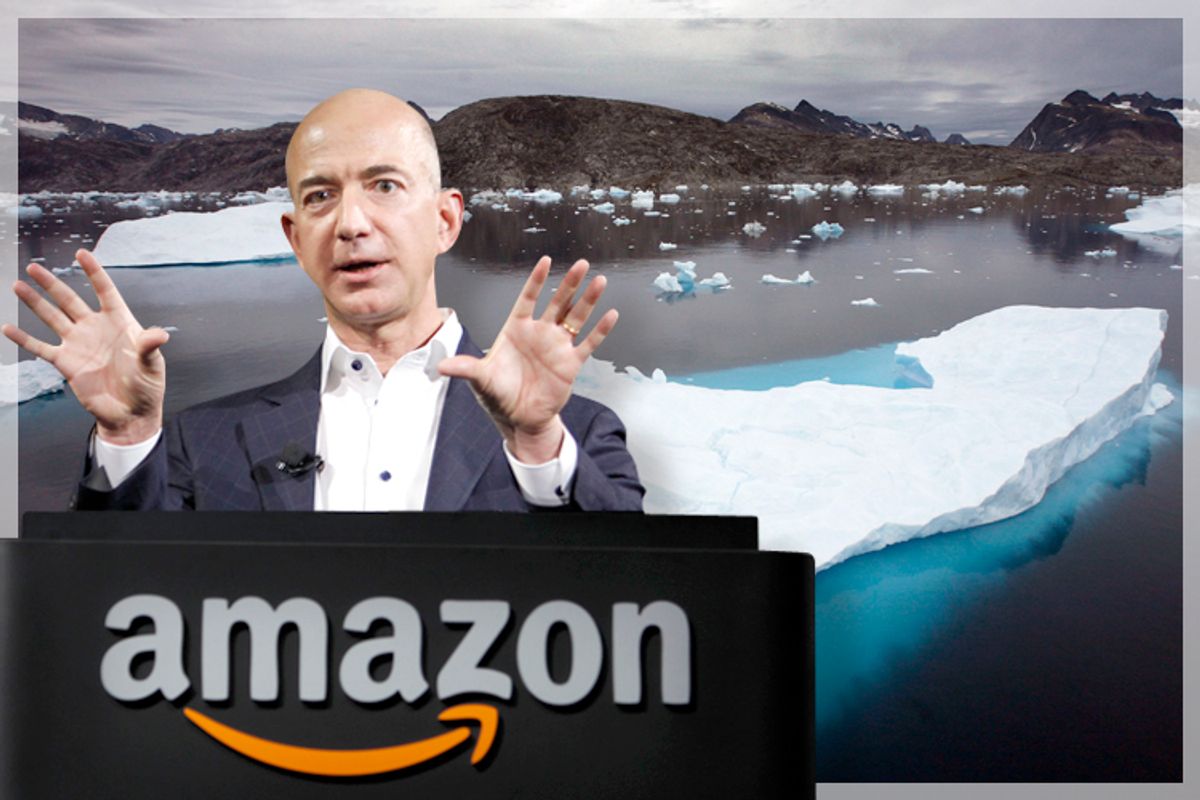 If the Internet were a country, it'd rank sixth in the world for electricity demand. Fortunately, it'd also rank as one of the greenest, thanks in large part to efforts by industry leaders like Google, Yahoo and Microsoft to invest in renewable energy to power their massive data centers.

Bucking the trend entirely is Amazon, which continues to be the big, dirty smudge on that otherwise gleaming record. Back in April, Greenpeace released a report slamming Amazon Web Services -- which plays host not just to the online retail empire but also Netflix, Pinterest and Spotify, among other popular sires -- for what appears to be a utter lack of interest in going green.

And now, the company's expected to be bringing its next big data center to coal-heavy Ohio, meaning its environmental record could be about to get even dirtier.

It’s impossible to answer that question precisely, since Amazon is notoriously secretive about its energy use, but we can make a decent estimate. The Columbus Dispatch reported last week that Amazon would invest $1.1 billion into the data center. To get from dollars to megawatts, we can make some assumptions and end up with a good estimate that Amazon’s Ohio data center would draw about 86 megawatts of power at full capacity.Here’s the math if you’re interested. Of course, we’d welcome Amazon to provide a more accurate estimate for its new data center’s power demand.

Just how much electricity is 86 MW? Well, according to the EPA, the average Ohio home draws 895 kWh/month. So Amazon’s new data center will add the same amount of demand to the grid as 70,000 Ohio homes. (More math)

And 70,000 Ohio homes are a lot dirtier than homes in, say, Iowa, where over a quarter of the state's electricity comes from wind. In Ohio, by contrast, the grid is dominated by coal, which accounted for some 70 percent of electricity in 2013.

So just by building in Ohio, Amazon's ensuring that its servers will be powered largely by coal -- but only if it doesn't do anything to change that. As an alternative, it could look to the companies that are leading the charge to "green the Internet," which are largely doing so by entering into power purchase agreements (PPAs) with wind farms, decades-long deals that ensure steady power at a fixed cost. Where there's little renewable energy to be found, the Washington Post's Chris Mooney explains, the financial stability afforded by PPAs means that Internet companies are able to say that their actions directly lead to the addition of more wind power to the world.

It's a powerful statement to make; were Amazon interested in doing the same in Ohio, Pomerantz argues, it has plenty of options:

In North Carolina, Apple is powering with on-site solar, and it, Google, and Facebook have teamed up to push the utility there, Duke Energy, to offer them more renewable options.

Amazon has options to do as much or more in Ohio. The Ohio State University, located just a few miles from any of the sites Amazon is rumored to be considering, entered a contract last year to buy 50 MW of wind to power much of its campus, saying that it owuld save $1 million a year in the process.  Amazon could ask AEP to provide it with more renewable energy options, or call on Ohio legislators to restore the state’s Renewable Portfolio Standard. The Campbell Soup company modeled that exact kind of positive political advocacy, in addition to building a 10 MW solar farm to power its factory.

The question now is whether the company will bother to try.