Animals that kill their babies have bigger balls

It's science-- we promise 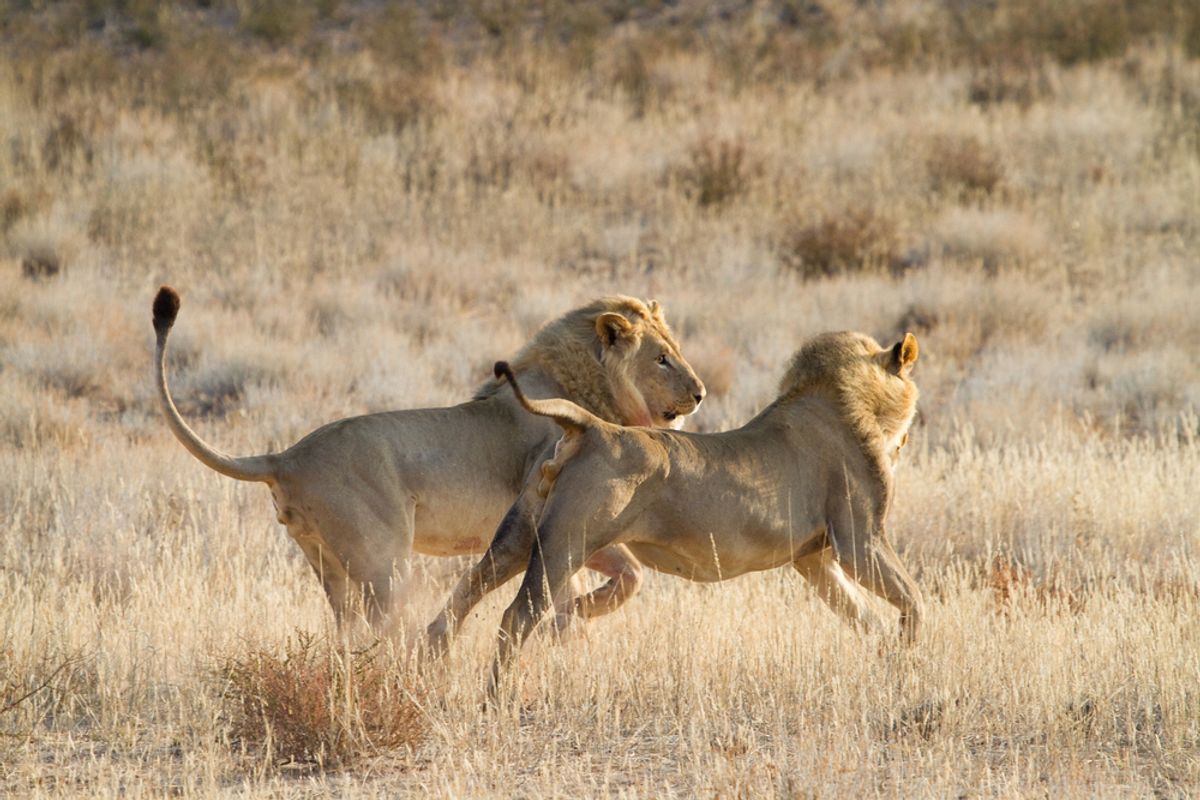 A new study has found that mammals (male ones) that practice infanticide (baby killing) statistically are more likely to have bigger testicles. Yes, it is a bizarre statistic, but the study was published in the journal Science, which is essentially the Harvard of journals so you have to trust it (you don't really--healthy skepticism is good for you). Anyway, the reason why actually makes a lot of sense.

The researchers studied over 200 species of mammals, from rodents to primates to big felines, and found that infanticide is most likely to be practiced amongst species in which the females are able to breed at any time in the year. Basically, males kill babies in order to mate with their mothers.

The findings suggest that a male kills unrelated offspring in order to shorten a female's postpartum infertility phase, so he can mate with her sooner -- a hypothesis confirmed by the observation that males will often mate with the mothers of children they've killed... However, females can use sexual promiscuity to create confusion about the paternity of offspring and discourage infanticide.

The authors of the study believe that this competition leads bigger-balled males to win out evolutionarily. Simply, the men with more sperm will be most successful.

Just so you know, this study included an ancestor of great apes (including humans), that practiced infanticide, so we are not genetically off the hook.

Infanticide occurred more frequently in species that lived in groups with just a few dominant males that mated with all the group's females. "The males don't manage to stay dominant for very long, so when they can mate with the females, they need to do it as quickly as possible," said the study's co-author Elise Huchard, a behavioral ecologist at the Centre National de la Recherche Scientifique, in an interview with New Scientist.

Huchard and her co-author, Dieter Lukas, a behavioral ecologist at the University of Cambridge, aren't only interested in the bloodlust of fathers-to-be. Their next research interest focuses on the moms.

"While we were collecting the data," Lukas said in an interview with Motherboard, "we noticed that there are at least as many species in which females kill offspring of other mothers than there are species in which males kill offspring. The two are not linked, and we are now interested to understand the factors that increase competition between females to the extent that they start killing each other's offspring."