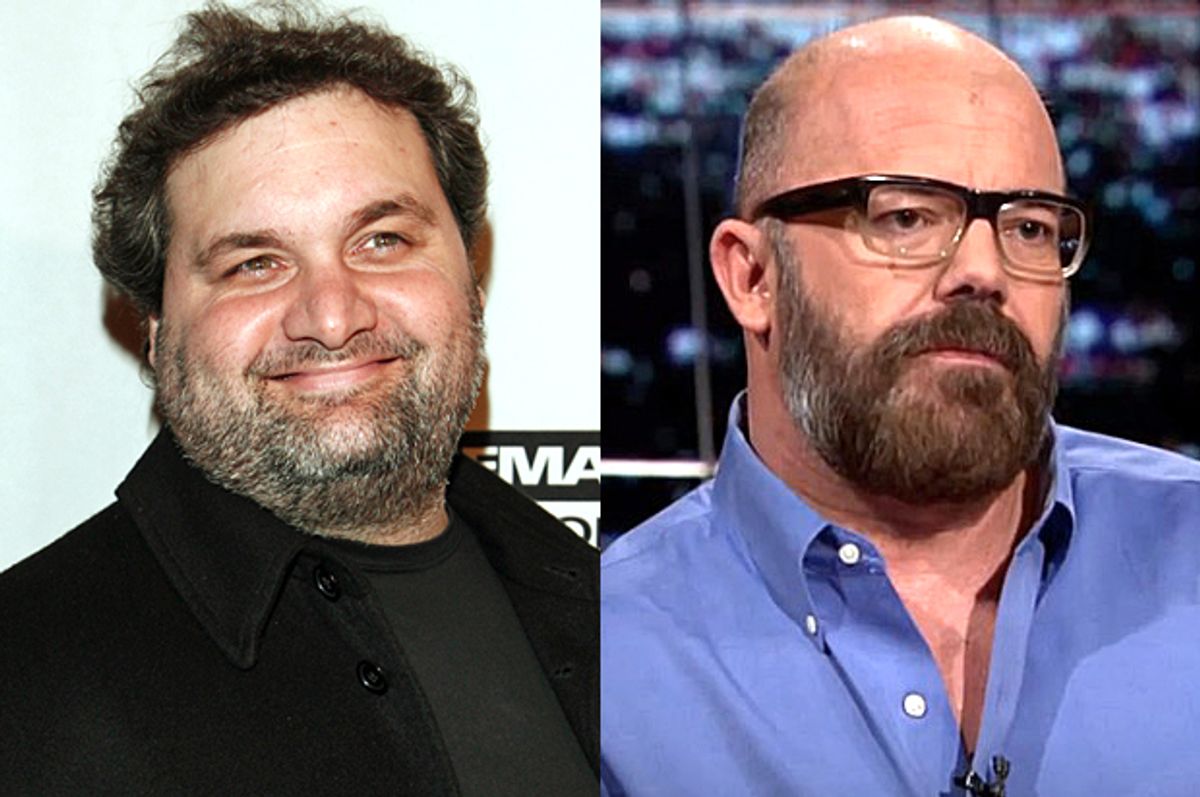 I never did finish Andrew Sullivan's most recent follow-up on why women reporting sexual harassment and rape threats amounts to dangerous censorship. Once I hit a reader's assessment of a man whose account had been temporarily suspended as being "trans-phobic, but not violently or inappropriately so," I closed the post and opened my colleague Joanna Rothkopf's delightful update on the man who ate $1,840 worth of food from the Olive Garden. If you're feeling curious about Sullivan's continued thoughts on "controlling left-feminism," I strongly recommend reading about Alan Martin's carb-facilitated weight loss instead.

But in his previous post, what's at issue for Sullivan is a collaboration between Twitter and a feminist media organization called Women, Action and the Media (WAM) that allows the group to bring abuse reports directly to Twitter's attention and track what happens to those reports. The partnership will last for around a month, and final say in what accounts get suspended remains, as ever, up to Twitter. (Disclosure: I'm a WAM member, but am not involved in the reporting partnership with Twitter.)

Here's how WAM describes the project:

The easy­-to-­use form [...] will let users report gendered harassment details that have never before been tracked and analyzed. Users can report the specific types of abuse they are experiencing (whether someone has made an impostor account, is sending them violent threats, is using Twitter to encourage people to harass the person offline, or any of other several defined categories), whether the abuse is happening on other social media platforms, and if the abuse is being perpetrated by a single individual or a group.

WAM is, in short, helping to bring Twitter into compliance with its own policies against targeted harassment and abuse while it gathers research to publish. But here's how Sullivan sees it: "WAM’s goal is to police and punish others for their alleged sexism -- along the well-worn lines of contemporary and controlling left-feminism."

On the matter of how targeted abuse is its own form of censorship, driving women, particularly women of color and queer women, off Twitter, Sullivan writes:

How exactly? Does Twitter prevent women of color from using the service? Or is it simply that WAM believes that women cannot possibly handle the rough-and-tumble of uninhibited online speech?

Sullivan isn't the only man who’s upset about women organizing to help hold harassers to account. Last week, comedian Artie Lange got a major case of the feels after women called bullshit on his “jokes” referring to ESPN host Cari Champion as "my slave" and got him booted from a few upcoming gigs. Lange apologized to Champion, but lashed out at "p.c. groups" that he believes are "ruining the country."

Follow some of these arguments and you are left with the distinct impression that the only way men can enjoy themselves is to serially harass, threaten and abuse women. That the freedom to tell a woman that she is a dumb slut is more worthy of protection than, say, a woman’s ability to speak publicly without being told that she is a dumb slut. And that with all this talk about freedom of expression, many men do not think sexist and racist harassment is a serious threat to women's free speech (to say nothing of women's safety).

But the other thing that Sullivan, Lange and co. seem to miss is that this kind of pushback isn’t about less speech -- it’s actually about more speech. More speech for everyone, rather than just a select group of angry men who feel entitled to an audience for their anger and their erections.

To me, Twitter taking on a relationship with a feminist media organization to address the harassment that is targeted at women seems like Twitter trying to make good on its own rules and create a system that balances speech and safety. It’s the start of a process that simply was not happening before, despite rules that ostensibly banned the kind of targeted abuse that has long proliferated on Twitter.

The pilot project with WAM is barely a week old, but I have yet to see any kind of mass silencing of certain vile corners of Twitter. What I have seen, though, is a lot of writing making the rounds and Twitter conversations (arguments, often) about Twitter's policies, about harassment and censorship and about feminism and free speech. Which looks, to me, like more speech being put into the world, not less. We are finally talking -- publicly -- about something that had previously been left for women and women alone to sort out without any institutional support.

So rather than forcing women to choose between accepting sexualized and violent harassment as the cost of speaking publicly or leaving the platform altogether, more people are talking about the problem and Twitter, it seems, is trying to figure out a better system. That could very well mean getting some things wrong in the process.

But the problem of women being censored and driven offline (and, in some cases, out of their homes and jobs) is dangerously real. And the answer is not to do nothing, though that seems to be the only response from the men critiquing the anti-harassment project.

Because there is no such thing as doing “nothing.” Actively trying to derail efforts to put a system of accountability into place and ignoring targeted abuse is very much doing something. To pretend that Twitter’s previous approach to abuse reports (often months of silence or nothing at all) or its tolerance for racist, transphobic and misogynistic harassment was an ex nihilo standard and not the codification of a series of judgments and norms about what free speech really means and whose access to public platforms really matters is a joke.

This isn’t the dawn of the age of "creeping misandry" or a "censorship field day," it’s the embryonic stage of a conversation about abuse, accountability and free speech that’s been long overdue.