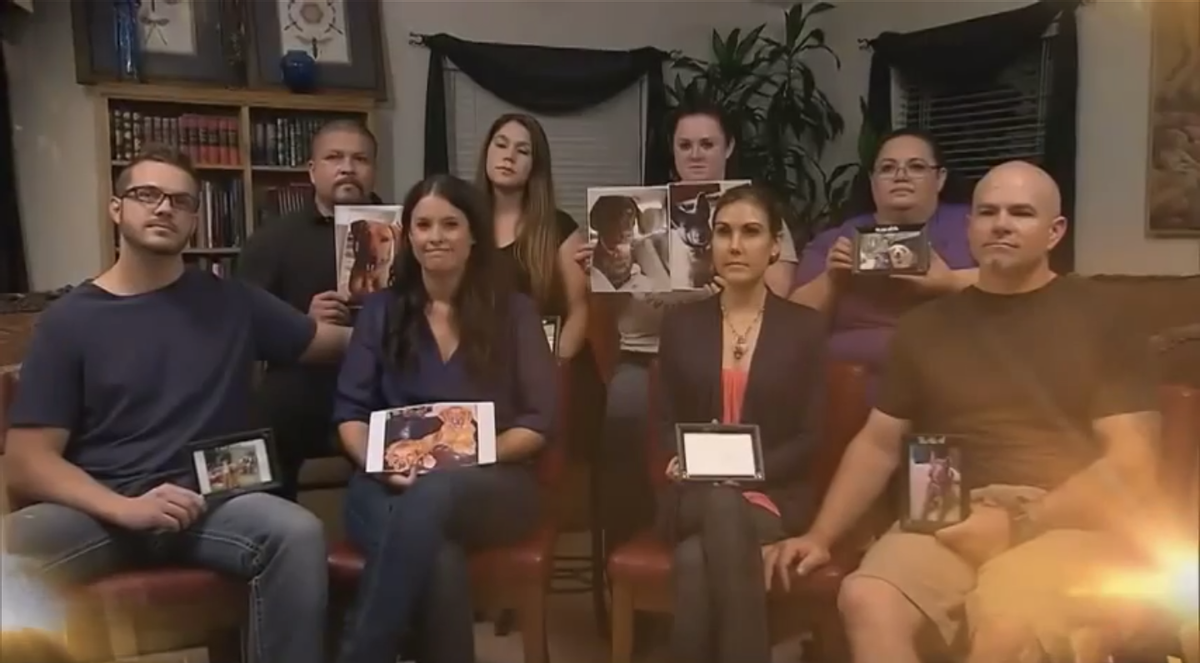 Austin Flake, 21, the son of Senator Jeff Flake, R-Ariz., and his wife, Logan, 21, face multiple counts of animal cruelty after 22 dogs died from overheating. The Flakes have pleaded not guilty to the crimes, which could carry a sentence of 10 years in prison.

The incident happened this June when the pair took charge of Green Acre Dog Boarding kennel while Logan's parents (the owners) were out of town. A sheriff's department investigation indicates that the dogs likely suffered from heat exhaustion and suffocated after being held in a poorly ventilated 9-by-12-foot room without air-conditioning.

In a statement, attorney Dennis Wilenchik said, "Austin and Logan Flake have declared their innocence. This was a tragic and unforeseen accident, nothing more."

The civil lawsuit against the owners and caretakers alleges the dogs were kept in cramped quarters and faced "neglect, mistreatment, physical injury and psychological abuse."

The lawsuit includes the 21 dogs that died in the incident, and two others that survived.

The owners are also accused of lying to several people about the death of their pets, including some who were initially told that their dogs had run away.

Green Acre's owners, Jesse Todd Hughes and Malesia Hughes, separately pleaded not guilty in October to 22 felony charges and seven misdemeanor counts of cruelty to animals, as well as one count of fraud each.

Valerie Collins, an owner of two of the dogs, spoke at a press conference: "I just want to look in someone's eyes and get the whole story out of them. I know that's not going to happen ... It was just sick and it was horrific. I was in town. They could have called me. I could have picked them up. I could have taken them to a vet."