"What kind of asshole would be opposed to it?" 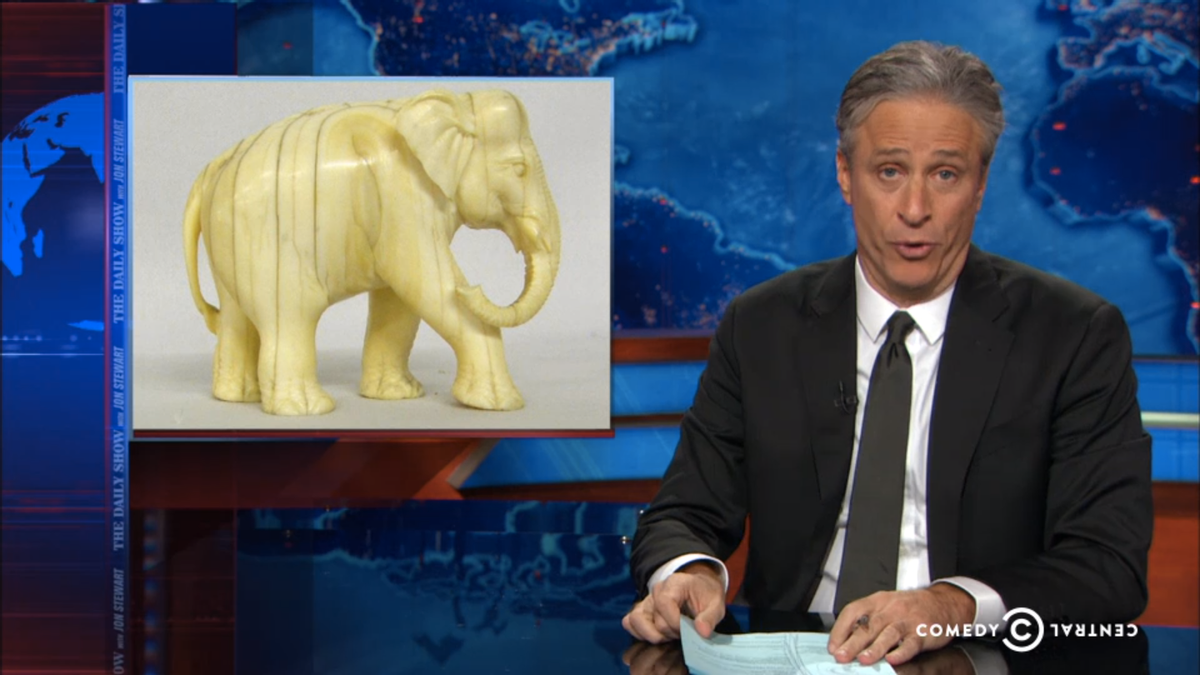 On Wednesday evening's edition of "The Daily Show," Jon Stewart ate a small portion of crow for making fun of how silly Obama looked wearing that traditional Chinese suit to the APEC summit in China, because stuff actually got done! China and the United States made a historic pledge to reduce greenhouse gases, and Stewart recognizes that no real progress on the environment can be made without China's cooperation. One teensy issue: China has been accused of allowing gangs to smuggle massive amounts of elephant ivory on a state trip to Tanzania.

Ivory sales are fairly evil. Not only are more elephants dying than can be born (we are literally driving them into extinction for no reason), but also, African terrorist groups like Boko Haram use ivory to gain capital. What kind of soulless country would be the biggest retailer for such a cruel product?

Us. We are No. 2. Earlier this year, the Obama administration passed legislation banning all ivory sales unless the ivory is technically an antique. Congress was mostly on board, until it wasn't.

"It makes total sense! Elephants get preserved, terrorists get denied funding, what kind of asshole would be opposed to it?"