Congress is about to sabotage Obama's historic climate deal

China and the U.S. came to long-overdue climate agreement this week. So why are we still talking about Keystone XL? 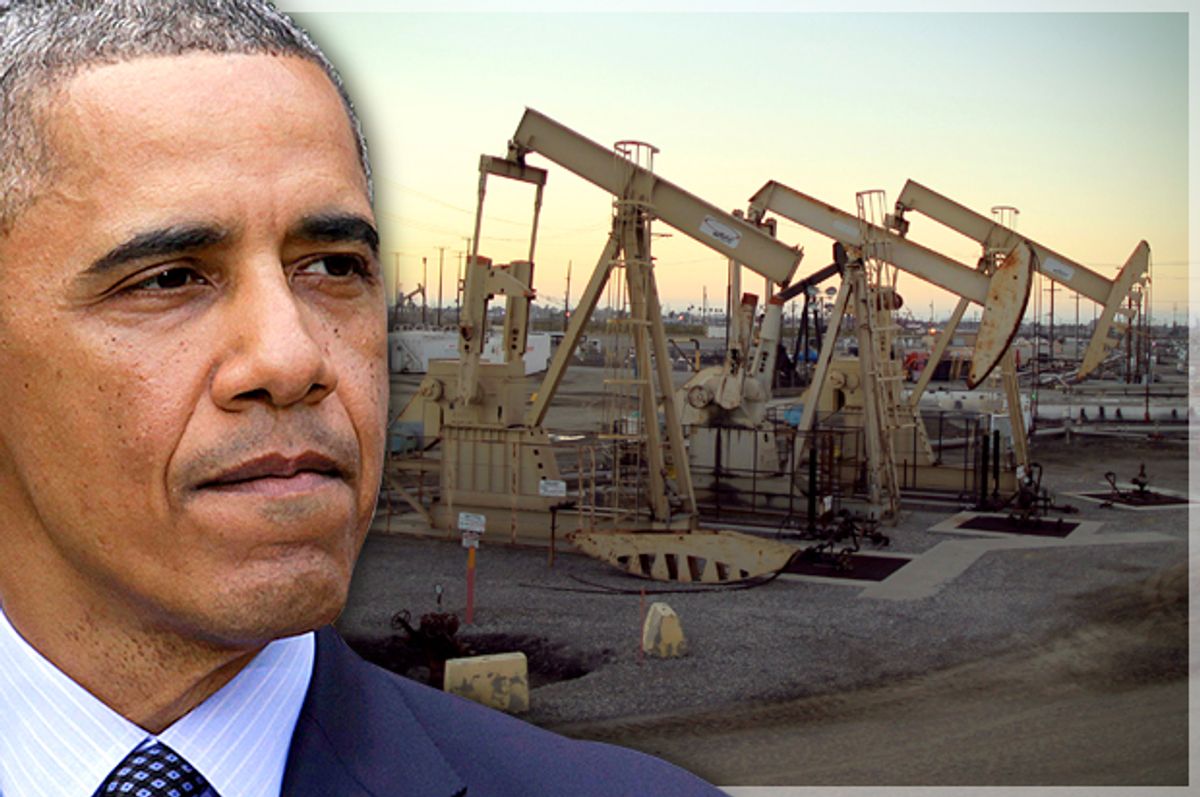 Tom Carper is very happy with the president’s climate deal with China. “Yesterday's climate change agreement with China is yet another example that when the United States takes a leadership role in addressing our greatest global environmental challenges – other countries will follow,” he explained, which is the kind of self-satisfied vacuity Washington folks routinely utter. (Anyone who thinks the U.S. has taken a leadership position in addressing climate change needs to reconsider the last quarter century).

But here’s his real folly: Later the same day Carper announced he would vote in favor of the Keystone Pipeline, because he’s had “enough already" of the fight waged by more environmental activists than on any issue in a generation. “He is hopeful that moving forward with this bipartisan bill will pave the way for Congress to work together on other measures to increase our energy independence while also addressing the real environmental and public health threats we face from greenhouse gas pollution,” said a Carper spokeswoman.

His rallying cry: “Let’s clear the decks” by giving the GOP what it wants on Keystone.

By now it should be clear that giving in to the Republicans does not “pave the way” for future compromises — that’s the Lucy-with-the-football lesson that President Obama has spent his entire term in office learning. Much more fundamentally, though, the problem is this: you can’t cut carbon without, you know, cutting carbon.

The president’s accord with China doesn’t actually do anything except set a target. To meet that target you have to do things. If you don’t do things — if you keep approving pipelines and coal mines and fracking wells — then you won’t meet the target.

For the moment, Keystone is the best example of this principle. So far we’ve stopped it for three years, and in the process pushed companies to pull $17 billion in investment out of the tar sands. That money would have built projects that would have dumped the carbon equivalent of 700 new coal-fired power plants into the atmosphere. We’ve done something real — something that will actually help, say, Delaware which has a, you know, coastline.

Carper, meanwhile, is a fake. He’s the guy who joins Weight Watchers and somehow figures that makes it OK to eat a pan of brownies. He buys a membership at the gym but spends all weekend in the recliner watching ESPN. He’s the guy — like too many of the Democrats in Congress — who wants it both ways. We should applaud him for his theoretical enlightenment, and he should never have to actually cast a hard vote that might annoy the fossil fuel industry. (Uh-huh.) There are days when I’d rather deal with Jim Inhofe, the Republican senator from Oklahoma and a world-famous climate change denier. Yes, he’ll wreck the planet, but at least he’ll tell you he’s doing it, straight up.

A Senate vote on the pipeline is imminent. And it’s the Carpers of the world who do the most damage in the end.