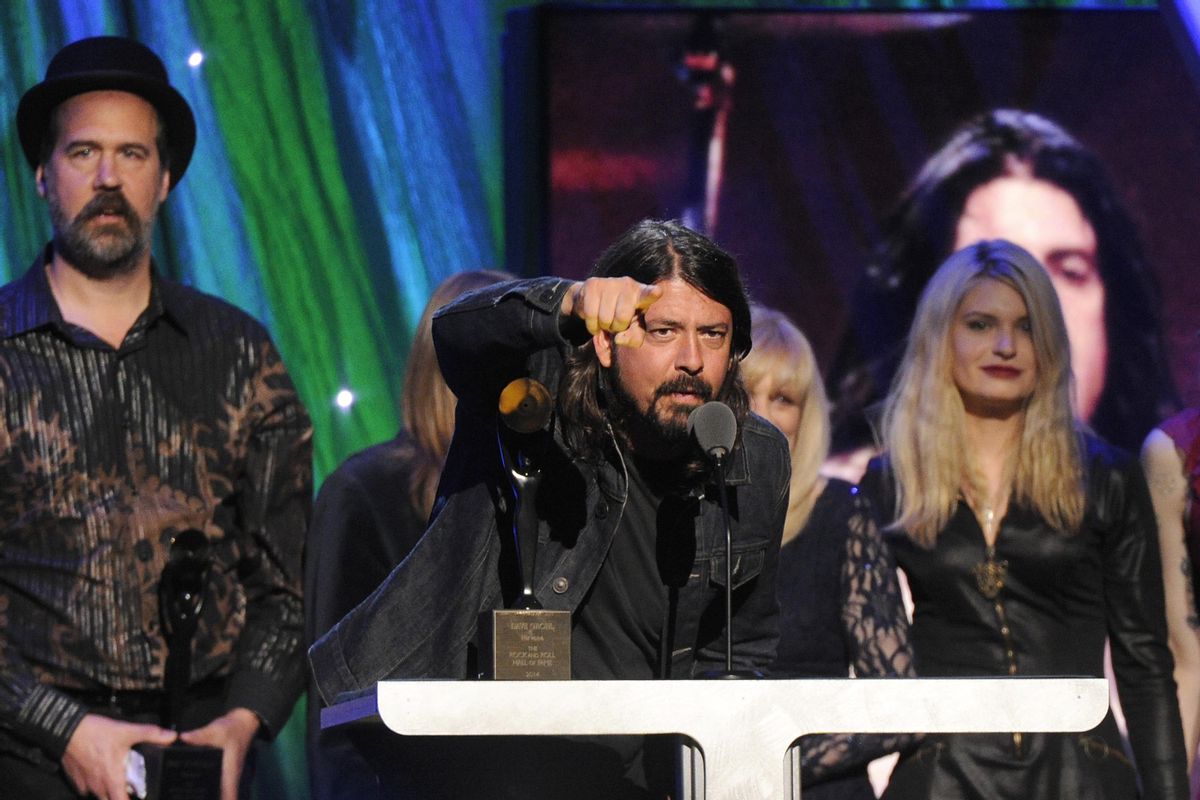 Dave Grohl, former Nirvana drummer and current Foo Fighters frontman was asked by Digital Spy what he thought of the recent Taylor Swift/Spotify split. His response was what you'd expect from a '90s grunge rocker.

"I want people to hear our music, I don't care if you pay $1 or fucking $20 for it, just listen to the fucking song. But I can understand how other people would object to that."

A lot of other musicians do object to the scant royalties that come from streaming services, and the way that piracy has changed  -- including David Byrne, Zoe Keating and Mike Mills.

Grohl, however, thinks that too much time is spent debating over the role of technology and distribution. He cares more about performing, and getting his music out there. (Fair enough, except his concert sales probably rake in a lot more than a small struggling indie band.)

"You want people to fucking listen to your music?" he asked. "Give them your music. And then go play a show. They like hearing your music? They'll go see a show. To me it's that simple, and I think it used to work that way."

"When we were young and in really noisy, crappy punk rock bands there was no career opportunity and we loved doing it and people loved fucking watching it and the delivery was completely face to face personal," Grohl continued. "That's what got people really excited about shit. Nowadays there's so much focus on technology that it doesn't really matter."

Foo Fighters released their eighth album "Sonic Highway" on November 10, 2014, and on April 10 of this year he and the members of Nirvana were inducted in the Rock and Roll Hall of Fame.