These days, deceitful writers can turn a profit off their sins almost right away. It's a gross lesson 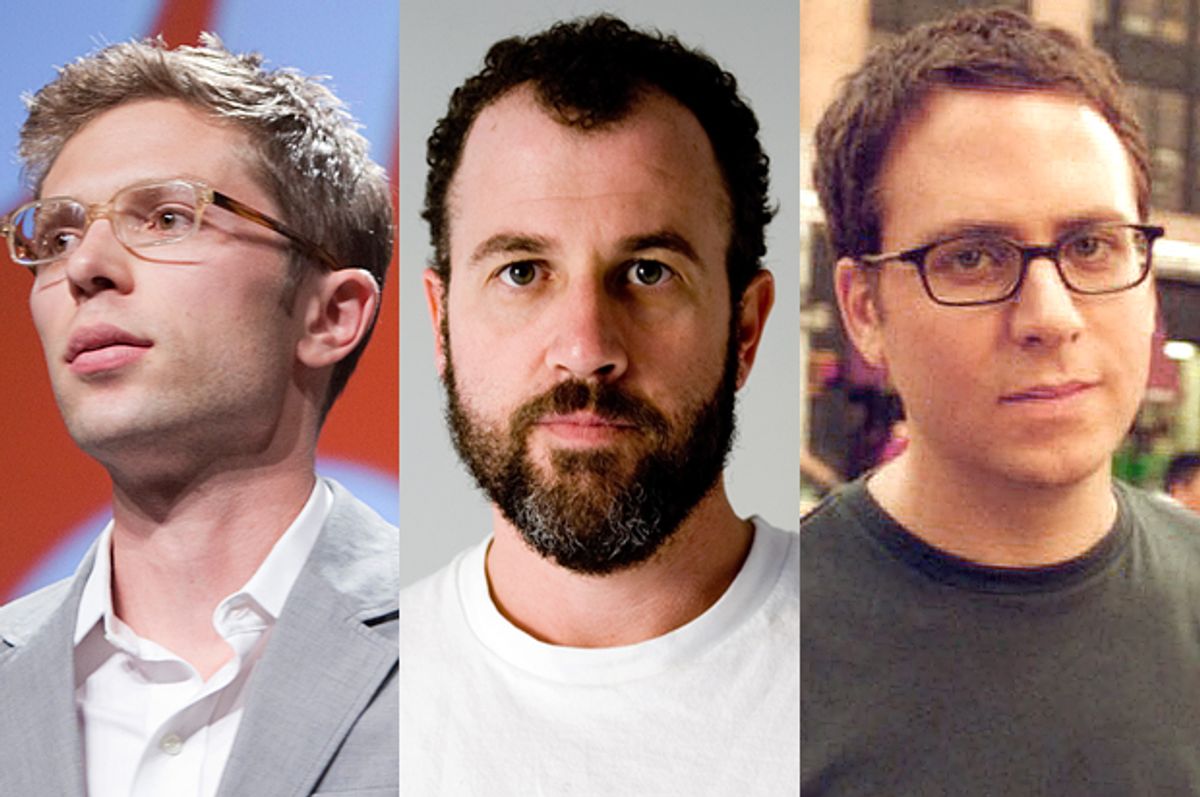 “Forgiveness is a choice, and I decided to make it,” writes Hanna Rosin at the end of a thoughtful, deeply researched analysis of the current situation of her onetime close friend and co-worker Stephen Glass.  Glass still looms large in many journalists’ and writers’ imaginations, many years after the scandal at the New Republic that ended his journalism career made headlines. Not only did he almost destroy the magazine where he published many of his mostly made-up articles -- and jeopardize the careers and credibility of everyone who unwittingly covered for him -- he created further ill will by later publishing a novel based on his experiences that some critics found offensively self-justifying and unrepentant.  Now, though, he’s embarked on a new life and career, using the example of his own public shaming to help clients of a personal injury law firm feel comfortable enough to “find their stories.”

While Rosin’s article made a compelling case for her own journey toward forgiveness, it also left space for readers to make a different choice. That space came in especially handy on a day that also brought news that Jonah Lehrer, who was fired from the New Yorker for self-plagiarism and fabricating quotes, is co-authoring a book about digital life to be published in May. It’s not the first post-scandal book deal or career boost for Lehrer, who was famously paid $20,000 by the Knight Foundation in 2013 to speak about his sins against journalism, but the timing of its announcement made it harder to ignore.

Trusting that writers at least intend to tell stories truthfully is a fundamental part of the deal we make as readers, and the betrayal of that trust has more lasting and far-reaching consequences than many of us realize. It’s something almost like a sacred bond, and most writers of all stripes take it extremely seriously. But has the punishment for betraying readers’ trust gotten lighter since 1998, when Glass’ fabrications came to light?

It’s a dissimilar story in many ways, but in thinking about this, I kept coming back to another scandal that captured the imaginations of many readers and publishing professionals in the years between Glass’ and Lehrer’s: that of James Frey, who published a lauded and beloved memoir, "A Million Little Pieces," that was later revealed to be a novel loosely inspired by real events.  Readers, including Oprah, felt deceived and manipulated on a deeply personal level. We had felt for a person who we thought really existed, but who turned out to be an invented character; moreover, a character Frey had invented in order to manipulate us. We had given Frey our trust, and he’d betrayed it.  He apologized and was forgiven, by Oprah, at least. The publishing industry eventually followed her lead: Frey is now the head of a company that creates highly profitable and popular YA series, and is collaborating with a co-author on a book-augmented reality game hybrid, a dystopian fantasy series about games that will decide the fate of mankind.

For Rosin’s generation of journalists, the Stephen Glass saga was probably the one that has most shaped and disillusioned them, but for writers my age, Frey’s story is the one that changed us forever. Probably for younger writers and readers, Lehrer’s story has similar significance. For me, at least, Frey’s re-acceptance into the literary mainstream was the moment when I learned the important but heartbreaking lesson that morally sound guys often finish last. Frey taught me that, at least if you’re a white man with charisma and talent, there’s almost nothing that can, long-term, keep you from making a living in the business of words.

Well, what are disgraced writers supposed to do, slink off into the shadows forever? Though it’s the only solution that would fully satisfy the people who, like me, have trouble forgiving, it’s not realistic. They still have to live, after all, and often writing and publishing are their only potential career paths.  But I found it telling and ultimately cheering that the intervening years have finally led Stephen Glass to eschew writing and to pursue another career path; forsaking his gifts in that realm seems to me like an appropriate punishment for misusing them so egregiously.

It’s harder to forgive Frey, who still occasionally publishes non-YA novels (two more are expected, based on the seven-figure, three-book deal he signed in 2007), but frankly, I should probably try. Dude is talented, after all, so he’s more useful to the world as a writer and creator than as some kind of a hermit. If I can make myself get into a very post-yoga-class mood, I can even almost convince myself that the destruction of my blind trust his scandal engendered was even kind of a good thing; maybe I needed to grow up and start reading more skeptically and critically.

But it’s impossible to forgive Lehrer, who is overtly profiting off his disgrace by writing and speaking about it.  The grossness of his current path is compounded by a nasty suspicion that the scandal-forgiveness-repentance cycle has sped up in recent years, maybe spurred by the online news cycle’s unstoppable, amnesiac churn. Writers who are as old now as I was circa Frey’s Oprah moment will learn not only that you can betray and deceive and get away with it, but that you can turn your deceit to your advantage in a matter of months. If Lehrer doesn’t want that to be his legacy, maybe he should consider taking a page of out Glass’ book, rather than publishing one of his own.