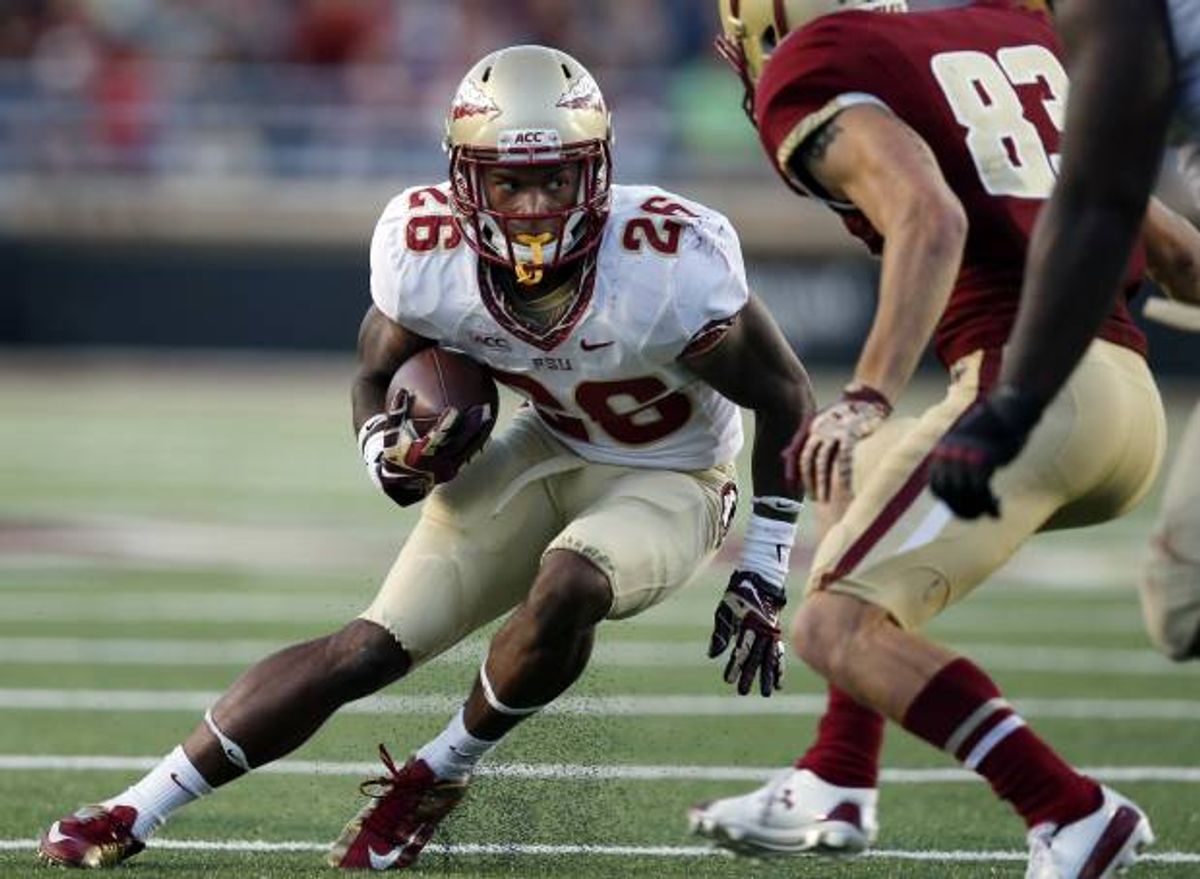 Good news for Florida State football players: You can seriously do any terrible thing you want and Tallahassee cops will be like, Don't worry, it's cool. Because go Seminoles or something.

In the early morning hours of Oct. 5, as this college town was celebrating another big football victory by Florida State University, a starting cornerback on the team drove his car into the path of an oncoming vehicle driven by a teenager returning home from a job at the Olive Garden.

Both cars were totaled. But rather than remain at the scene as the law requires, the football player, P. J. Williams, left his wrecked vehicle in the street and fled into the darkness along with his two passengers, including Ronald Darby, the team’s other starting cornerback.

Sounds pretty bad, right? Leaving the scene of an accident that totaled two cars and all. Here's what the cops did:

Mr. Williams, driving with a suspended license, was given a break by the Tallahassee police, who initially labeled the accident a hit and run, a criminal act, but later decided to issue him only two traffic tickets. Afterward, the case did not show up in the city’s public online database of police calls — a technical glitch, the police said.

But maybe Tallahassee cops are just super chill about hit and runs? I mean, they probably cut other people in the same situation major breaks, right? Nope. Another kid, who wasn't a player on the police force's favorite football team, got into a low-impact accident while driving five miles an hour. There were no injuries. He reported the accident a half an hour later. He was still charged with a hit and run.

The Times examined seven other cases in which cops didn't charge drivers with a hit and runs, but none were as severe as the accident caused by Williams' erratic driving, "Four involved cars bumping into each other in parking lots, one caused no damage at all, and the other two were very minor; in no case did a driver abandon a wrecked vehicle in the middle of the night and flee the scene after totaling someone else’s car," according to the Times.

So the cops didn't charge Williams with a hit and run, but they probably checked to see if he was maybe drunk when he returned to the scene 20 minutes later, right? Because if you're driving dangerously at 2:30 a.m. and then run away after you total your car, maybe your judgment is, uh, impaired in some way?

Nope. The police report says nothing about whether the cops at the scene asked Williams if he'd been drinking or why, you know, he fled the scene of an accident.

The accident happened on Oct. 5, five days before the Times released a really extensive and really damning report on the connections between FSU and Tallahassee police. This wasn't the first time they've given a football player special treatment, and it probably won't be the last.