Making viral TV: How “Too Many Cooks” and "Over the Garden Wall" work their hypnotic magic

Cartoon Network and Adult Swim have cracked a mysterious code: How to create a TV sensation online 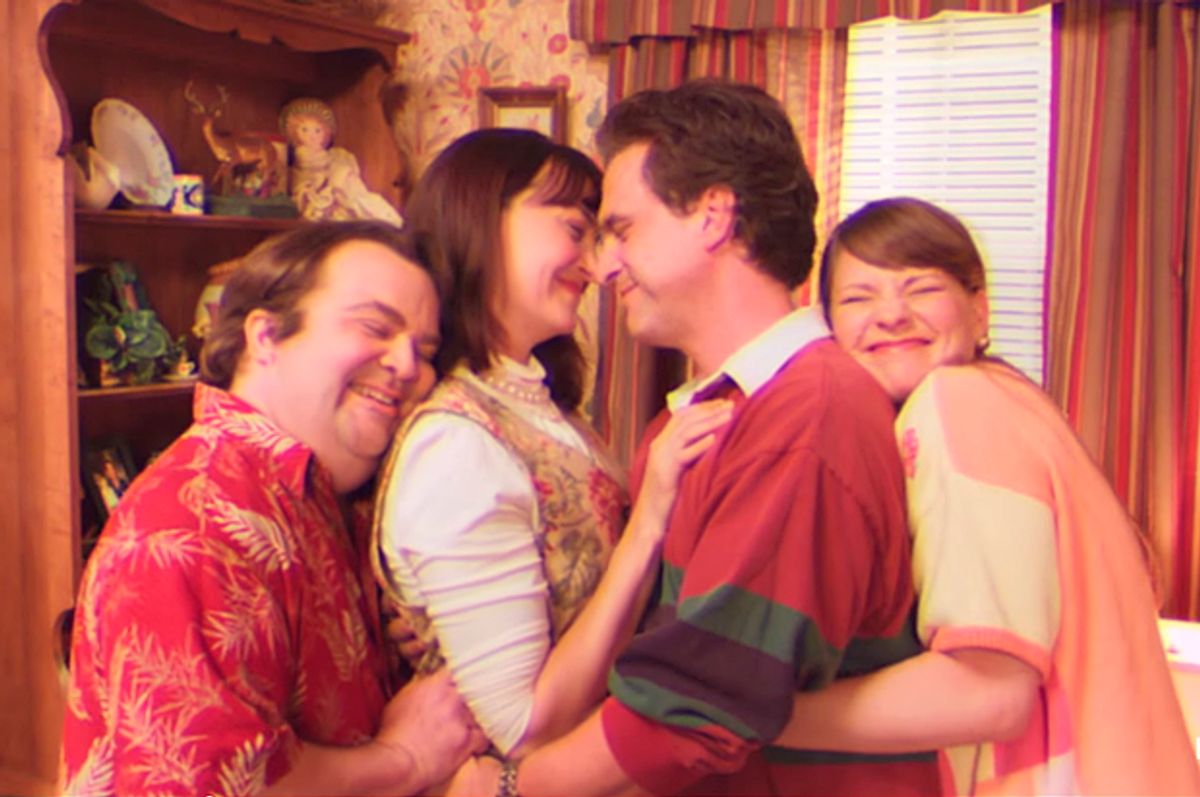 Perhaps you’ve heard of “Too Many Cooks” by now? At this point you’ve either heard about it ad nauseam or it’s completely slipped your notice; something in the middle doesn’t seem possible. “Too Many Cooks” is an 11-minute short that first aired at 4 a.m. on Adult Swim (the late-night version of Cartoon Network) and has since become a minor viral sensation. A sensation of a peculiar nature, anyway: The video’s gotten a respectable 2 million views since it was posted last Thursday, which is great, but no “Gangnam Style.” Instead it’s a video apparently designed to make the viewer sit back and consider television nostalgia — while paying attention, for once, to the man behind the curtain.

Ian Crouch at the New Yorker summarized it well: “What did it all mean? Maybe everything: it was a postmodern satire of television and Web culture, a commentary on the power of nostalgia, a glimpse at the violence that lurks within us all. Perhaps it was a deconstruction on the very idea of virality itself: it’s the Internet that has too many cooks, and all of us, together, with our sharing and repeated clever comments and urge to be the first to share what thousands of others have already shared, have spoiled the broth. Or else it meant nothing, and quit it, you dummies.”

It’s not just the content of “Too Many Cooks” that is so baffling and intriguing — it’s the content delivery system. Adult Swim packages a lot of bizarre, short-form material into late-night programming blocks called “Infomercials.” They’re not really infomercials (though there is one recurring show called “Paid Programming”) but the counterintuitive labeling is part of the joke; this is what it means to watch television this late at night, when even the “Friends” repeats on TBS have given way to “George Lopez” or “King of Queens” and you’re faced with a choice between that and the third run of “The Da Vinci Code” on AMC (with commercials, because you can’t afford HBO).

Korean artist Nam June Paik has an installation titled “Electronic Superhighway” that’s on view at the Smithsonian’s American Art Museum — a map of America constructed out of neon and television sets, with each state’s respective TVs airing a loop of whatever programming Paik associated with the place. It’s a barrage of light and sound and imagery. “Too Many Cooks” is the fever-dream of that vision of American, an extension of the deliriously tired (or stoned) mind that has spent too many waking hours watching Miller-Boylett sitcoms and only paying some attention. Three to four minutes into the video, you’re realizing: “Wait, they’re still playing the credits?” And that’s where the magic starts.

Adult Swim is home to a lot of baffling but wonderful television, the best known being “Aqua Teen Hunger Force,” a show about fast food that can talk. Its mission statement may well be television for stoned people; it might also be to make its viewers feel like they are on the inside of a long-running and convoluted joke. (There is a whole website devoted to Adult Swim’s bumpers, those seconds-long moments between a set of commercials and programming that prepare the viewer for whatever they’re about to see. This is an audience that is very clued into the fact that they are watching television, or at least, that they’re watching Adult Swim.) Certainly the response to “Too Many Cooks” has been as if a small group of writers, comedians, critics and directors all stumbled across the holy grail of filmmaking — created by a cast and crew so marginal as to be basically unknown (at least, until now). And in its disjointed cacophony it sits well with the joined cacophonies of television and the Internet — two media still looked at a bit suspiciously by cultural critics who would prefer we could turn all our screens off and read a book, or something.

It’s interesting, then, that the same channel (if not the same network) that brought “Too Many Cooks” to the world last week also brought “Over the Garden Wall,” a 10-part miniseries of 10-minute long episodes that tells chapters of a dark fairy tale. “Over the Garden Wall” aired two episodes each night from Nov. 3 to Nov. 7, and re-aired this week; you can also watch the episodes online by logging into a cable provider, or buy the entire series on iTunes.

The series is unlike anything else on television, honestly: Kevin Johnson at the A.V. Club observes that it may well be the first animated miniseries for children ever. It’s the length of an animated film, but without the single coherent arc that film provides.

Cartoon Network, like older teen brother Adult Swim, is populated by curiosities. The world of Cartoon Network is a lot brighter and more whimsical, best characterized by the “noodle-armed” cast of Pendleton Ward’s “Adventure Time,” currently in its sixth season. The deceptively brilliant show has grown in stature from a cult cartoon hit to a cultural touchstone; it’s almost more relevant for adults than it is for kids.

“Over the Garden Wall” shares “Adventure Time’s" sophisticated writing, but where the older show is typically freewheeling and broad, “Over the Garden Wall” feels like a small, carefully crafted world that might disappear as soon as the episode ends. The first episode starts with two brothers in what is, for all intents and purposes, an enchanted forest; they don’t entirely know how they got there, and like so many characters in children’s stories, they’re just trying to get home. They befriend an attitudinal talking bluebird named Beatrice and discover their frog knows how to sing, but the story is less fantastical than carefully creepy.

There is amalgamation and pastiche at the heart of “Over the Garden Wall.” The color palette, vaguely period details, and talking frogs called to my mind “The Wind in the Willows”; io9 details a dizzying array of other references, including Richard Scarry, Grimm’s fairy tales, Rudyard Kipling’s “Just So Stories” and Disney’s “Silly Symphony Skeleton Dance.” Little brother Greg wears a teapot on his head for reasons that are not explained until the last two chapters; he calls his frog “Kitty,” “Benjamin Franklin” and “Doctor.” The cast of voice actors includes Elijah Wood, Christopher Lloyd, John Cleese and eternal rom-com best friend Melanie Lynskey, who delivers a remarkable performance as Beatrice. And the music, written by creator Patrick McHale and the Blasting Company, feels just a touch rinky-dink enough to be ragtime numbers played by a group of men in straw hats.