Stewart opens up about John Oliver, the perils of fame, and his sexual tension with Bill O'Reilly 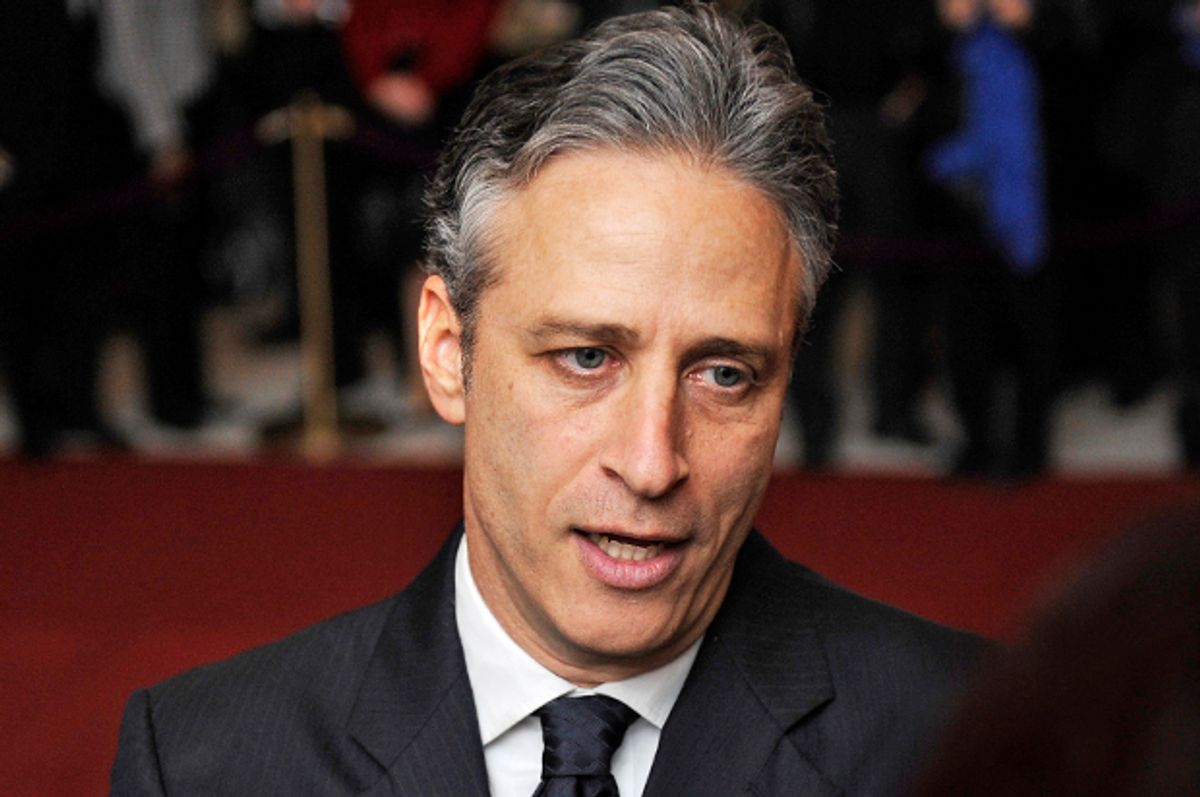 Jon Stewart, A.K.A “tiny host man” (his words), took to Reddit Friday afternoon to field questions about his new movie “Rosewater,” life on “The Daily Show,” and all sorts of other random ephemera, from his hair-care secrets to his theories about “Star Wars Episode IV.” Stewart mostly kept things jokey — unfortunately his post-“TDS” plans remain a mystery — but if you’ve ever wondered what Stephen Colbert smells like or what a Jon Stewart-flavored Ben and Jerry’s ice-cream would taste like (matzo!), you are in for a treat.

On his explosive Crossfire appearance:

It really was not my intent to be disruptive. I truly thought we'd have a goof about how terrible the program is at the top, and move on, but... the combination of their obstinance and my low blood sugar led to no bueno.

On the sexual tension between him and Bill O’Reilly:

It's really the height differential that keeps us from consummating.

How he felt watching Colbert break while eating a banana:

My greatest joys on the show were trying to make Stephen break, or the other correspondents. Because you felt as though you had accomplished something somewhat Herculean. It's not easy to tickle those folks, but when it happens, you savor it.

His pride in John Oliver:

I think whatever he chooses to do will be sustainable, because of the amount of talent and passion that he brings to everything that he does. And it's not even a question of pride as much as respect and admiration.

AND not to mention he occasionally allows me to stroke the dimples (!!!).

On what his Ben and Jerry’s ice-cream flavor would be:

I'm not exactly sure the flavor but it would involve Matzo and lactose-free milk.

On the pros and cons of fame:

Pro...is you get nicer treatment than you deserve, in many arenas.

The con is: people occasionally call you a "fucking scumbag" on the street in front of your family.

Persimmons and a tattered copy of THE HOBBIT.

His theory on how the Dianoga survived in “Star Wars Episode IV:”

What I believe occurred is within those compactors, you can generally find some corroded areas, where a small compactor-monster - a baby, if you will - could find respite.

My guess is through the years he had worn that small opening into a home den. And had been trained in a skinnerian fashion to retreat to it, upon hearing the giant grinding gears of the compactor kicking in.

I can't prove it, but in my heart, I believe it to be true.

On the secrets to his good hair:

Uh... that is the nicest thing anybody has ever said to a 51 year old victim of male pattern baldness.

I think the big secret is never turn around. Face everyone.

His dream interview subject from the past:

Uh... I would say Abraham Lincoln.

For the obvious historical importance aspect, as well as the "secret to the confidence of being able to rock the top hat and Amish beard."

What he would do the day he was inaugurated as President:

I think the first thing I might do is photocopy my balls and send it to every teacher I had in high school.

THEN, onto the legislating.

My first presidential hire would have to be Colbert.

And I would pardon... oh wow... that's a good one. I think I'm gonna have to check the list of pardon people.

I have always enjoyed hanging out with Jerry who is (for comedians) someone you're in a little bit of awe of.

He is - it's like being in the presence of a master craftsman. And watching him work, or being able to make him laugh, is - whether you're sitting in the front seat of a '76 off-brown Gremlin, or not - a pretty big deal.

On what we can expect from “The Minority Report” With Larry Willmore:

I mean, I think like any of these shows, you try to create an atmosphere that's conducive to the show finding its unique voice. Which is why I think Larry Willmore is such a tremendous choice in the way that Stephen was. I always think the most important aspect of those shows is the filter through which the host can put his individual stamp on the material.

On the fate of his ‘awesome’ beard:

I miss my awesome beard so much.

The sad thing was, the last time that I had a strong relationship with him was before I started the show, and I remembered him as red and brown and luxurious. When we met again, last summer, I had no idea how he had been suffering. Somehow, all the minerals or color or whatever it was had been sucked away from him, and I found myself in Gandalf-land.

A fun fact about “Big Daddy:”

I really looked up to... the Monty Python guys. And the Mets. Strange bedfellows.

The most unexpected thing a guest ever did:

Probably the time after the interview Jimmy Carter asked me if I wanted to get high, and listen to some Wu-Tang.

(*unfortunately that is not true)