"Just like when you try to murder someone 50 times, and it doesn't work so you buy them a gym membership" 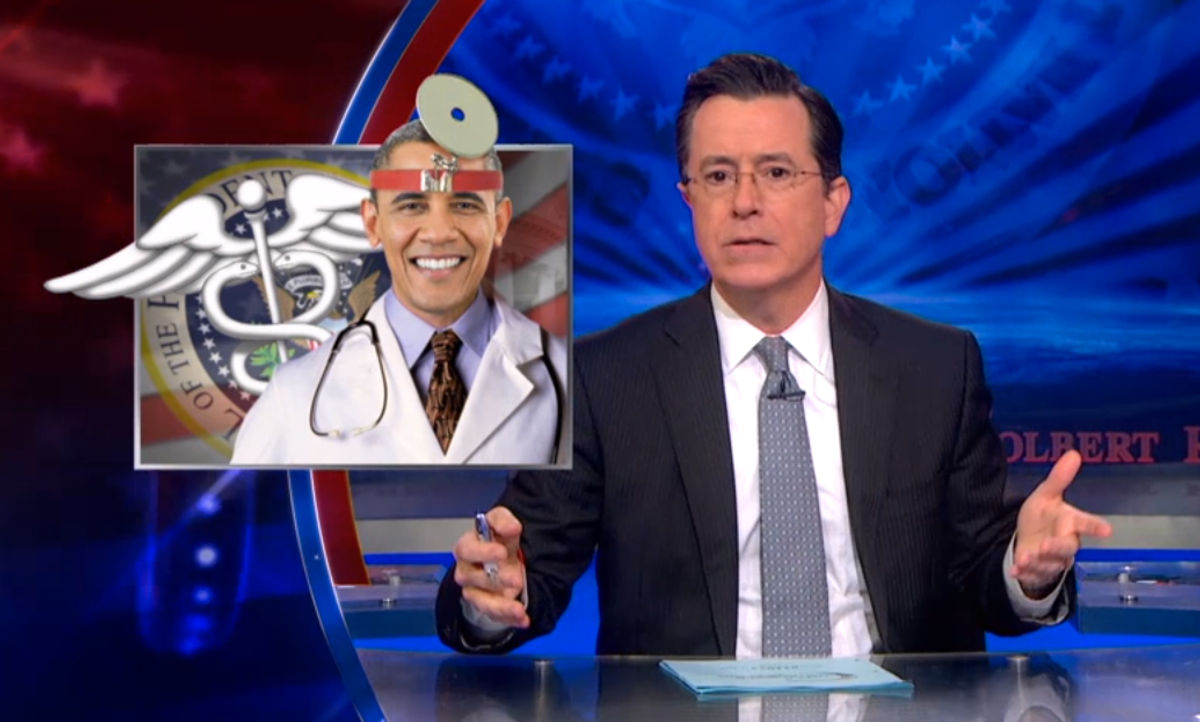 Stephen Colbert took on Obamacare, and the GOP's new plans to "fix" the law now that they control the majority in both the House and the Senate and many state legislatures.

"Yes, after more that 50 votes against Obamacare, the Republican majority is now promising to fix the law," Colbert explained. "Just like when you try to murder someone 50 times, and it doesn't work so you buy them a gym membership."

Colbert mocks the GOP plans and Fox News' ridiculous framing -- given that the law is providing millions of Americans with healthcare. Watch below:

Of course one of the biggest challenges to the law is in the form of a court case, which will be heard by the Supreme Court. Emily Bazelon explains why the law may be OK: