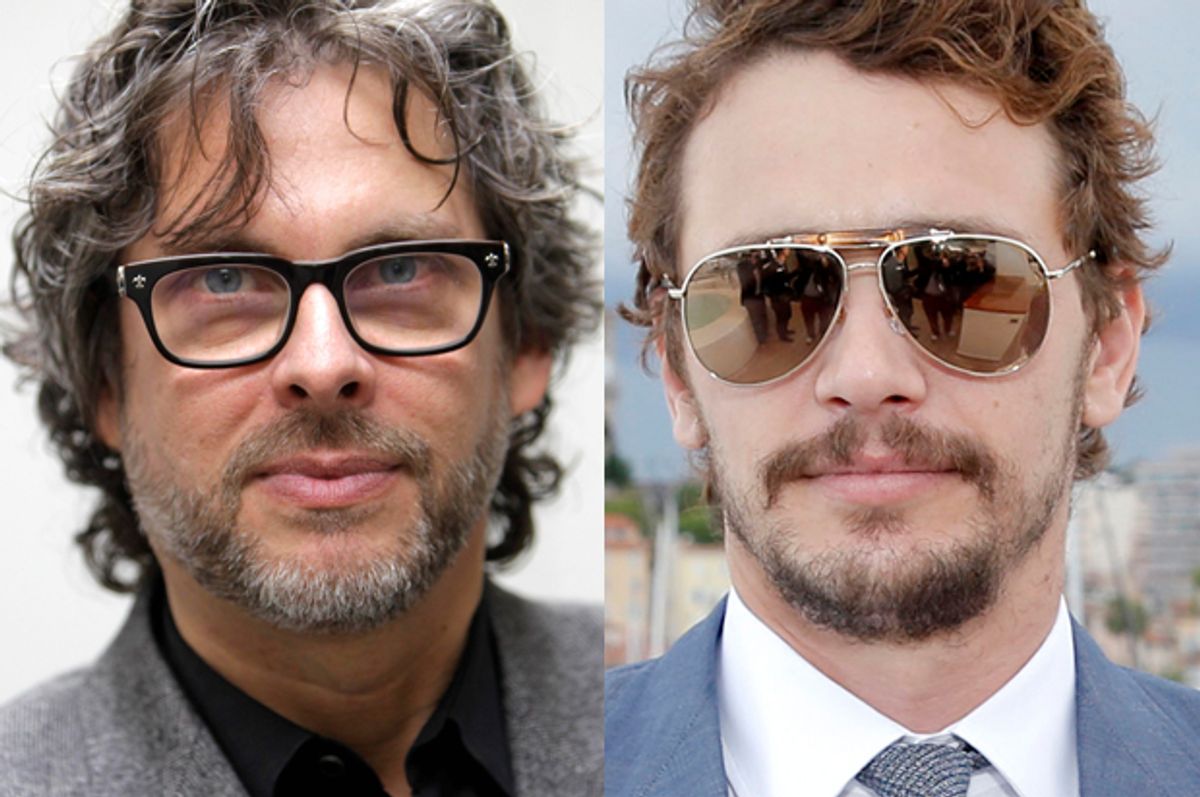 Michael Chabon is, to quote the Virginia Quarterly Review, one of the most celebrated authors of his generation. With a string of hits under his belt, including the acclaimed debut “The Mysteries of Pittsburgh,” the contemporary classic “Wonder Boys” and his Pulitzer Prize-winning opus “The Amazing Adventures of Kavalier and Clay,” Chabon is a literary champion whose work enjoys widespread acclaim among the establishment and readers of literary and genre fiction alike.

James Franco is … not. Once a mere movie star, now he’s sort of an uncontainable, unpredictable environmental phenomenon, like sinkholes or St. Elmo’s fire. As an emerging author, Franco’s literary career has been less than acclaimed—grudgingly tolerated, at best. His sometimes-irritating ubiquity has even inspired the über-meta James Franco Review, a literary journal in which all work is submitted under the name “James Franco,” with the real (and presumably non-famous) authors’ names to be revealed only upon acceptance. In the literary world, James Franco is a cautionary tale of celebrity dilettantism, more notorious than respected.

But Chabon and Franco have one thing in common — they both have new albums coming out early next year. Mark Ronson tapped Chabon to pen lyrics for his new record, “Uptown Special,” due out in January. Ever the DIYist, Franco’s band Daddy (come on, did you expect James Franco not to have his own band?) has a forthcoming Smiths-inspired record, “Let Me Get What I Want,” planned for 2015. The first song is named after “This Charming Man,” and the lyrics are based on poems inspired by Smiths songs from Franco’s own tepidly-received collection “Directing Herbert White.”

James Franco might not be able to out-award Chabon in the academy, and Chabon’s not likely to host the Oscars any time soon. But on the lyrics field, an excellent novelist and a so-so poet might just be evenly matched.

In “Daffodils,” one of the "Uptown Special" tracks released earlier this week, Chabon’s weird party lyrics fit neatly with Ronson’s funky beat, never overwhelming the song with too many clever tricks. “Run your fingers down the cool underbelly of the blue evening” is a crackerjack opening, rhythmic with a surprising internal rhyme, but “Step out on the patio, follow where your daddy is leading” wanders a bit into precious territory. (I'm going to pretend I didn't hear that as daddio on first listen.) Overall, with a self-assured sense of rhythm — “Baby just say no to sleep, body’s got to keep exploring” — Chabon’s lyrics complement Ronson’s layers of freewheeling bleats and orchestrated fuzz without calling too much attention to the fact that A Literary Giant Penned These Words.

Daddy’s “This Charming Man” reimagines the upbeat Smiths song into a moody, cinematic slow-burn. Franco’s lyrics announce his sideways Smiths influence and their own literary ambitions clearly, but they’re also oddly compelling, even as the muttering delivery pushes thoughts of singing along away. Ambivalent, opaque, but littered with smart self-observation, Franco’s lyrics ramble, but in an intriguing direction: “Age fifteen, in the back of her car / I tried it just because / boys get with girls, right? / Even ones like Medusa / Age sixteen, I find that I have the love / life of the octopus, groping and grappling / and after, slink sideways back to my home.” His chorus mashes up Morrissey’s wit with just enough weary sigh — “I would go out tonight, but I think I’ll pass — oh just because, just because.”

Chabon's clear understanding of songwriting conventions demonstrates his fluency and adaptability. He clearly approached writing songs as its own project, with its own set of rules and logic, and the result is a smart and confident take on what could have been just another typical party song. Franco's self-adaptations are more interesting, but not quite as successful. And yet the addition of music elevates this ho-hum poem into a more confidently weird and cohesive new product, which is a solid win in its own right. Ultimately, though, Chabon has nothing to prove. This is a fun side project that he can be proud of, but aside from a Grammy nod, it's unlikely to affect his career in any significant way. Franco, on the other hand, seems to be constantly seeking that one project that will break him out of his movie star mold. This new Daddy album might not set the pop world on fire, but it might (please, please, please) let James Franco finally get what he wants — respect, and perhaps even modest acclaim, in another genre.