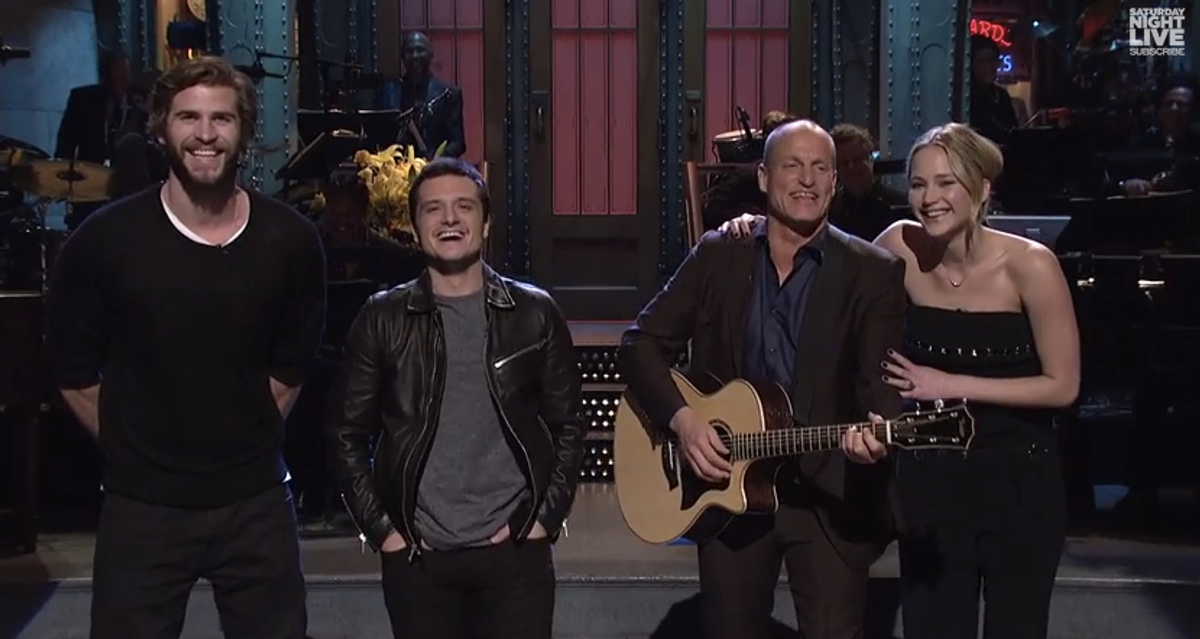 This week's "SNL" host, Woody Harrelson, started the show strong with a hilarious rendition of Taylor Swift's "Blank Space" from her new album, 1989 -- a year that, Harrelson joked, he might be better equipped to write songs about, as he actually remembers living through it ("even if the memories are a little fuzzy, because of the drugs").

But despite his impressive guitar skills, Harrelson's open still could have used a boost. That's exactly what he got from his "Hunger Games" co-stars, Liam Hemsworth, Josh Hutcherson and, eventually, Jennifer Lawrence, who crashed Harrelson's monologue.

As Lawrence explained that she is not, in fact, Taylor Swift, she attempted to do her best impression of Harrelson, which... didn't go so well. But the actress quickly came up with an explanation for bungling her words: "You're always so stoned," Lawrence said of Harrelson.