"You guys are so mean to me": Obama and McConnell share a few too many drinks on "SNL" 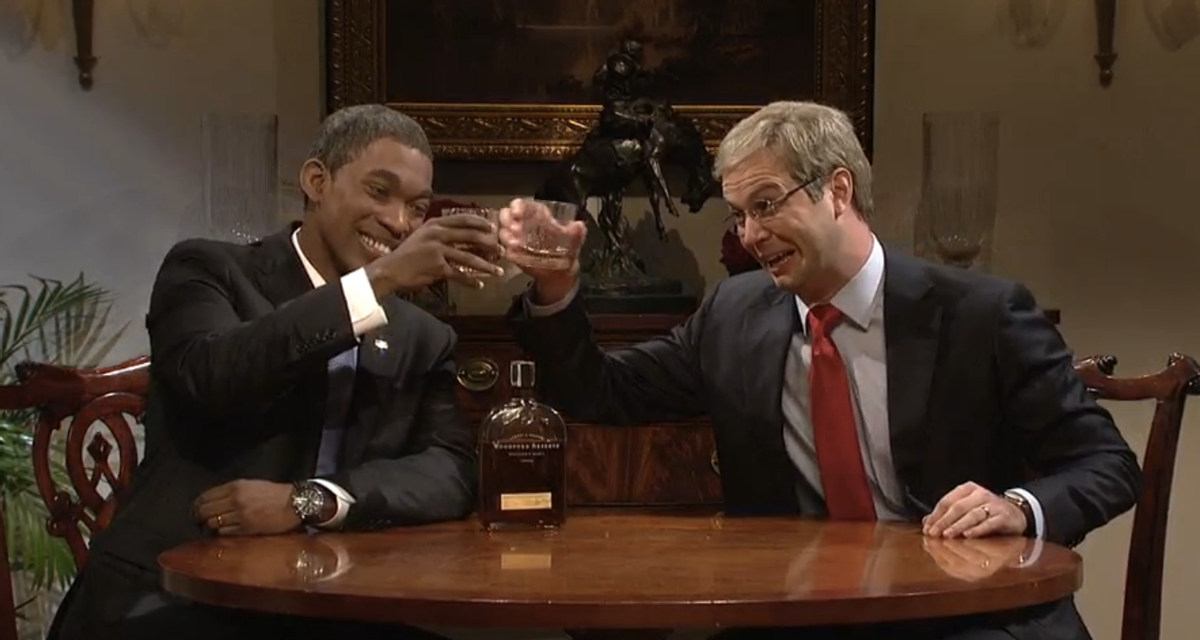 "Saturday Night Live" began with a fantastical cold open this week: The show imagined the outcome of President Obama's recent offer to sit down and have a Kentucky bourbon with incoming Senate majority leader Mitch McConnell -- but instead of one bourbon, "SNL" made it nine. Things promptly got real.

Over a bottle of Woodford Reserve, Obama (Jay Pharoah) and McConnell (Taran Killam) discuss Republicans' decisive victory in the midterms and the likelihood of government gridlock for the duration of Obama's second term. As they keep knocking back bourbons, the two get giddier and giddier, eventually deciding to prank-call Hillary Clinton and promising her "a trip to gettin' whooped in 2016," courtesy of Rand Paul.

Watch "SNL" imagine a bonding session between Obama and McConnell, via NBC, below: